This week’s reserve sightings couldn’t be written without mentioning the low rainbow seen over Montrose on Thursday. Caused by the reflection and refraction of light in water droplets, they allow us to see the full spectrum of light against the sky. This rainbow was made all the more spectacular by the dull, overcast day we’d been having before.

Perhaps the most exciting observation this week has been the 9 Pink-footed Geese spotted just behind the Visitor Centre on the 20th. This is a very early sighting for Pink-feet, with last year’s first sighting being on the 8th September, but as this seems to be a year full of ‘unusual activity’ perhaps it’s not quite so surprising. Other geese seen this week are 8 Greylay Geese spotted in the Ferryden area on the 22nd.

Further sightings on the reserve this week include a Peregrine Falcon and Sparrowhawk outside the Visitor Centre, 77 Grey Heron at the Lurgies, 400 Lapwing on the Salt Pans, 41 Goosander mid-basin, 119 Cormorants unusually sighted at Maryton Bay and over 700 Eider throughout the Basin. The tern raft has remained a great viewing opportunity throughout the week with adults Terns making regular trips carrying fish back to the chicks. On the mammal front, a Stoat was seen again at the dipping pond on the 20th and today’s count of Common Seals is 29.

In other news, next weekend will be a great weekend if you are trying to find something for the kids to do as we have the Family fun day – “Messy mud at Montrose” – on the Saturday and “It’s Our World Partnership” on Sunday. 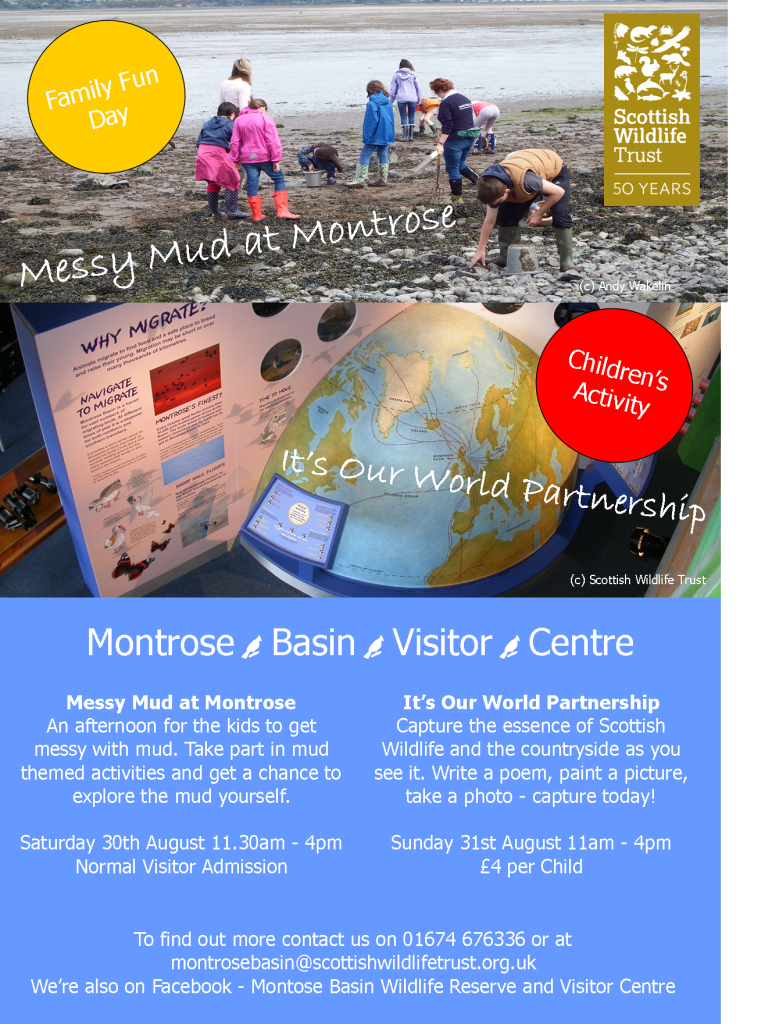 This week’s reserve sightings couldn’t be written without mentioning the low rainbow seen over Montrose on Thursday. Caused by the reflection and refraction of light in water droplets, they allow …