While we have a few waders that remain at Montrose all year round, predominantly Oystercatchers and Curlew, the numbers of other species drop dramatically in the spring and summer months as they move to their breeding grounds. Over the next few weeks we’ll begin to see the numbers increase as unsuccessful breeders return to the Basin. Those spotted from the Visitor Centre window this week include 26 Lapwing on the 25th, 8 Redshank on the 26th and 35 Curlew today, but numbers from around the Basin have included 32 Lapwing, 14 Redshank, 180 Curlew, 376 Oystercatchers and 1 Greenshank.

Common Tern continue to be seen daily on the Tern Raft with courtship behaviour and nest scraping all being seen. As yet, there are no signs of eggs, but we will be keeping our eyes peeled.   Along with the juvenile Blue Tits, House Sparrows, Tree Sparrows and Goldfinch, 2 juvenile Great Spotted Woodpeckers have also been visiting the feeders. Distinguished from the adults by their red crown, they make looking down from the Viewing Gallery window a rewarding exercise.

Other sightings on the reserve this week include a Chiffchaff at the feeders and a Sparrowhawk on the 24th, 2 Collared Doves at the feeders on the 27th and 70 Goosanders in the centre of the Basin.

National Moth Night is on 3rd – 5th July and we’ve organised an evening of discovering about moths here at the Visitor Centre on Thursday 3rd July from 8pm until 10pm where you’ll learn about the moths we have at Montrose and how to identify them. 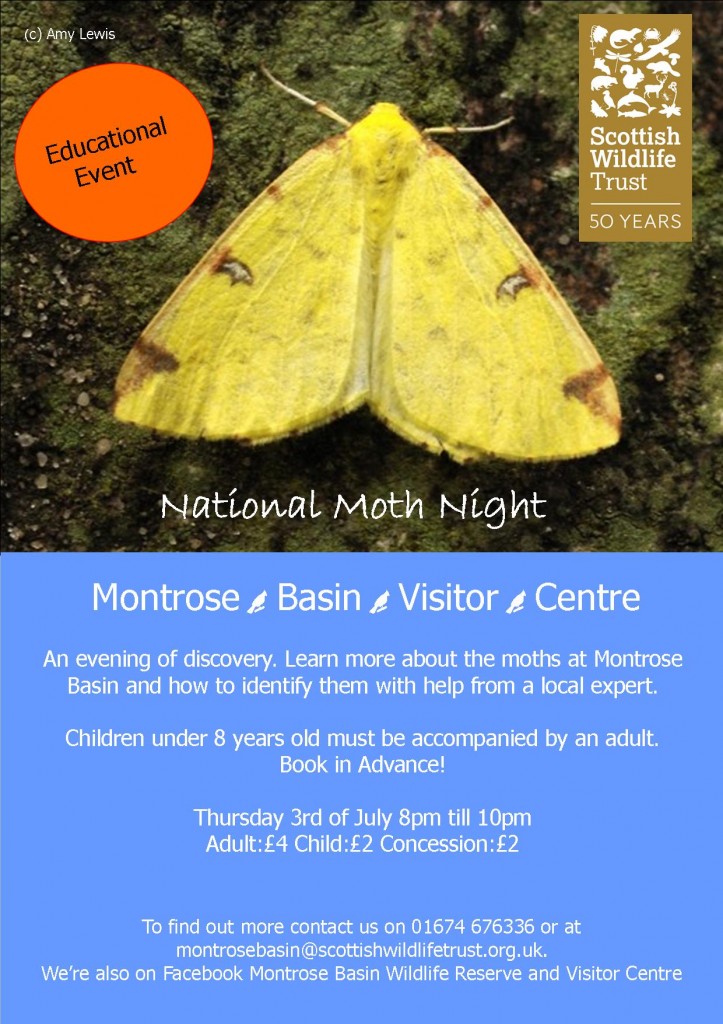 While we have a few waders that remain at Montrose all year round, predominantly Oystercatchers and Curlew, the numbers of other species drop dramatically in the spring and summer months …