Yes Blue YZ is still in Spain, the latest data shows she’s been moving between the same three sites, Embalse (reservoir) de Piedras, the unnamed loch nearby and Represa (dam) del Almendro. So now it’s a waiting game, is she having a stopover like her brother Blue 44 did in France or is she preparing herself to move onto Africa or has she found her winter roost we’ll just have to wait and see. The latest satellite tracking data will be up on the site in an hour or so.

And what of our other satellite tracked bird, last years chick from Angus Blue YD? He’s still living on ‘his’ bend of the River Senegal tootling around between favourite roosting spots. 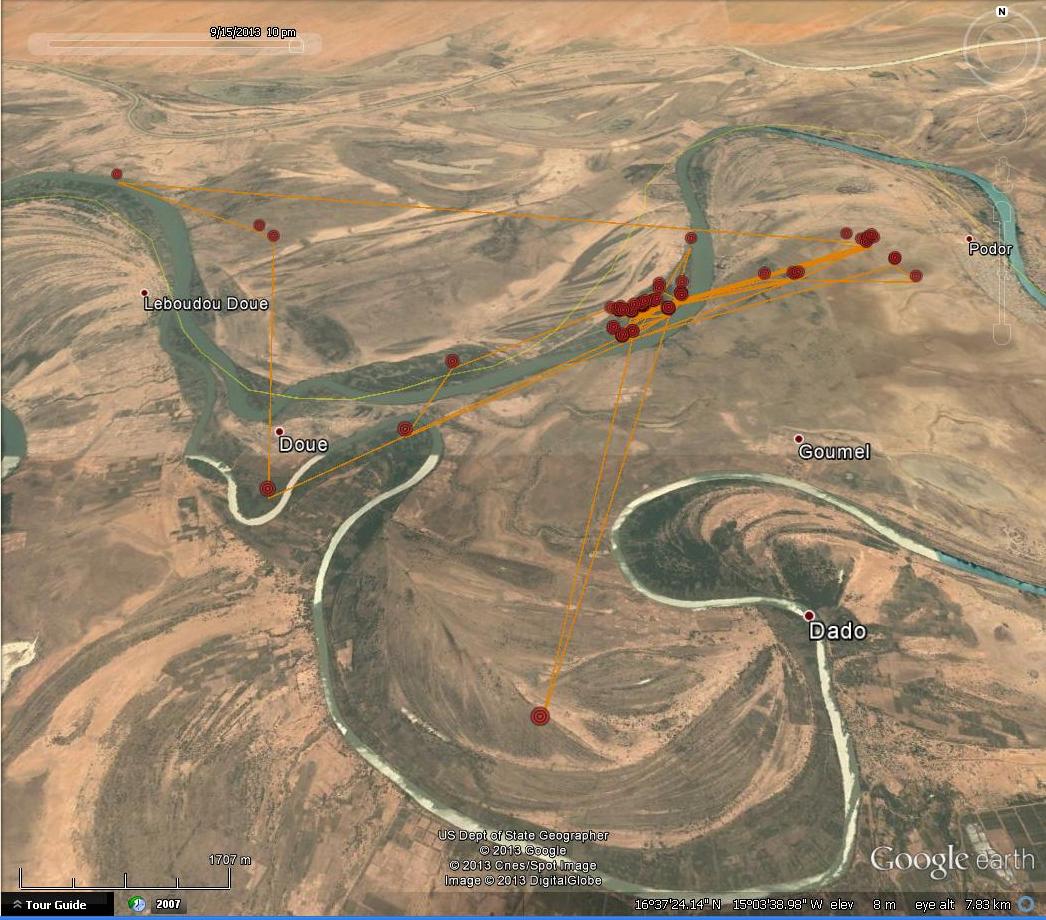 14:45pm Afternoon all Yes Blue YZ is still in Spain, the latest data shows she’s been moving between the same three sites, Embalse (reservoir) de Piedras, the unnamed loch nearby and …