In the final week of peregrine watch the falcon pair was frequently seen sheltering from heavy rain showers. Another new nest was found high up on the cliff face, on this occasion it was a mallard that was observed scraping a bowl within thick vegetation (29th). If the mallard does manage to hatch young they will certainly have an interesting first day.

The boardwalk continued to be a great area for a spot of botanising with bugle, sanicle and pignut in full bloom. The ranger team also had further success finding rare plants on the reserve with early purple orchid and hairy bittercress confirmed as still present on the reserve.

Peacock, green-veined white and orange-tip butterfly were still on the wing around Bonnington Pavilion and large red damselfly continued to emerge in the tree nursery pond. 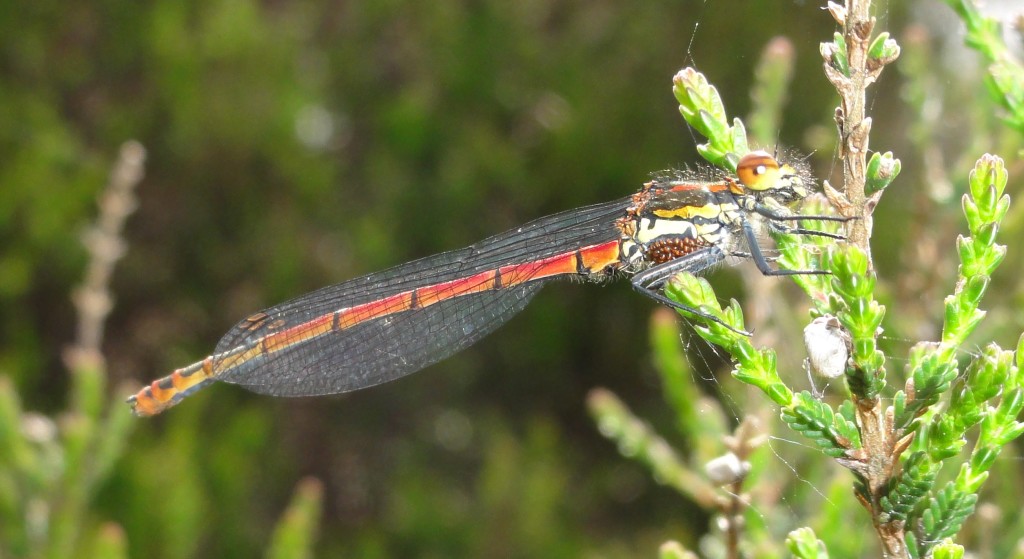 A badger watch undertaken during the week produced superb views of a young badger as well as a female fox with three cubs.

Hi, In the final week of peregrine watch the falcon pair was frequently seen sheltering from heavy rain showers. Another new nest was found high up on the cliff face, …