As incubation of the three Osprey eggs continues calmly, we are all happy to see the more usual pattern of fish deliveries to the nest resumed. The rather odd ‘role reversal’ between our pair of birds seems to have resolved itself- we certainly can’t fault eithers dedication to incubation duties recently.

The excitement of finding out that Blue YD our two year old bird has started his first ever northwards spring migration from Africa has raised many fascinating questions. We hope to learn so much from only the second Scottish osprey chick to have been tracked making this first return journey.  We will all be glued to the data as it comes in and his journey unfolds.

Q: Why has Blue YD started migrating at 2 years of age? I thought you said they don’t return and breed until 3 or 4 years old?

A: Our knowledge of these birds is growing all the time. Until now only a couple of other 2 year old ospreys have been recorded making it back to the UK- most famously Rothiemurcus who is satellite tracked.   This may be more common than we thought, because these birds aren’t ready to nest and don’t settle anywhere, they are less likely to be sighted and reported.

The 2 year old birds that have been recorded migrating so far, seem to have undertaken a “practise run” leaving Africa rather late, wandering a lot on route, stopping over for long periods, wandering around the UK and returning to Africa early.  They do not seem to be very interested in breeding or settling down- presumably their hormones are not yet strong enough to stimulate this. Rothiemurcus is 5 this year and still hasn’t settled down to breed yet which is probably quite typical.

Q: Will Blue YD go back to where he was born?

A: We don’t know yet- if he makes it through the journey OK, he may wander widely. Rothiemurcus visited his natal area ( though not nest) and then wandered onwards.

Q: Will Blue YD be alright if he does make it back, since he has started his migration so late, and since the birds then head back again to Africa August/September? If he does come this far north  will he have enough time to recover before flying back again?

A: Ospreys don’t need long to recover from travelling- a few weeks is plenty of time to rest and replace fat reserves etc. He wouldn’t though have time to breed this year.

Q: Regarding your blog on matings and courtship, could it be that the presence of a rival bird in the area is a more likely cause of increased mating attempts, than other factors like inexperience?

A: This is certainly a valid theory and could account for some of the variation we’ve observed. We’d need more studies of more osprey couples to test this theory.

Q: I am wondering if there have been any beaver sightings this year. Is there any thoughts on if there is more than one resident on the loch?

A: We are seeing Beavers at Loch of the Lowes several times a week this spring, always at dawn or dusk. We know there are a family of four animals now living on the reserve. Your best chance of seeing them is from our shore hides- open 24hrs.

If you value the work of the Scottish Wildlife Trust please take a moment to vote for us as Charity of the Year at:  http://bit.ly/VoteForSWT 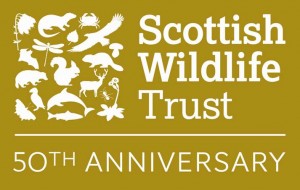 As incubation of the three Osprey eggs continues calmly, we are all happy to see the more usual pattern of fish deliveries to the nest resumed. The rather odd ‘role reversal’ …