We are delighted to be able to confirm that the osprey which arrived yesterday at Loch of the Lowes is indeed our regular breeding male.  Your ranger spent last night pouring over the video of his arrival yesterday around 2pm, and comparing plumage patterns to photos and video from the last two breeding seasons.  All the plumage patterns match- a particularly telling one, for example, is the large brown dot under his right wing that is clearly visible in yesterdays pictures by Val Gall, and in these 2012 and 2013 images: 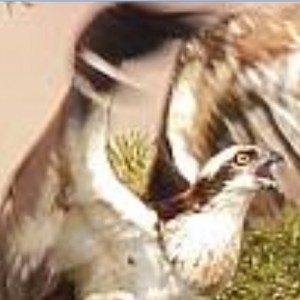 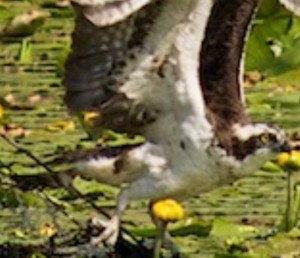 Add to this, that this morning the bird was back on the nest at 5.50am doing the ‘housework’  i.e. moving sticks around and digging the nest cup, which is of course the behaviour of a resident bird. He fished over the loch twice this morning  and has been perched on the loch shore quite a lot, though not on the nest. He will likely keep returning to it a few times a day to check if anyone else has arrived.

Other arrivals over the last couple of days include smaller migrant species such as reed bunting and willow warbler– all very welcome returns that herald spring, despite the freezing temperature today.

P.S. Don’t forget we have bird feeder and nest box making activities at Loch of the Lowes all weekend  so drop in!

We are delighted to be able to confirm that the osprey which arrived yesterday at Loch of the Lowes is indeed our regular breeding male.  Your ranger spent last night …