Our two year old osprey Blue YD continues to do well this winter in Senegal with the inland river territory his has found for himself obviously supplying enough food to get by, despite it being dry season.

His movements this week have been typically spread around his favourite few square miles of river bends, lagoons and tributaries. Interestingly, he seems to have had a habit this week of roosting in the north, visiting the centre of his territory during the middle of the day, and flying south to the lower lagoons in the afternoons.

Some people have been asking whether or not he will migrate and return to Europe this spring at the ripe old age of 2years. Most ospreys seem to stay in Africa until 3 or 4 years of age, when they reach full sexual maturity and are ready to breed, and their hormones drive them back to their birth country to attempt to start families of their own. However, at least one satellite tracked Scottish bird did indeed migrate  as a 2year old bird- Roy Dennis’s Rothiemurcus- but this bird has not yet settled down in Scotland to breed yet -despite being 4 years old this coming spring.  You might remember that the last two summers he has spent considerable time around the Loch of the Lowes area so may he might end up a neighbour!

Here’s what Blue YD’s  been up to this week: 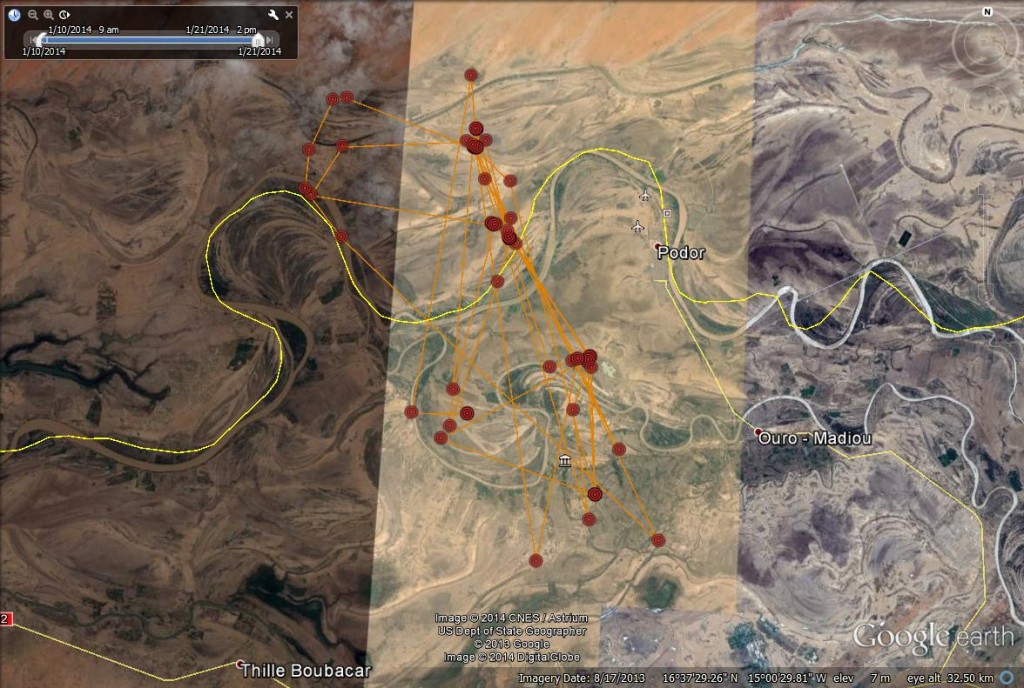