It’s already mid-May, and our resident ospreys LM12 (male) and NC0 (female) are continuing to incubate their three eggs here at Loch of the Lowes Wildlife Reserve. It won’t be long now until the first egg hatches, but in the meantime read on to find out about a drama-filled week!

The beginning of the week saw some wet and windy weather, and poor NC0 stayed on the nest through it all. Later in the week, the sun began to shine and we had a beautiful sunrise on Thursday morning! 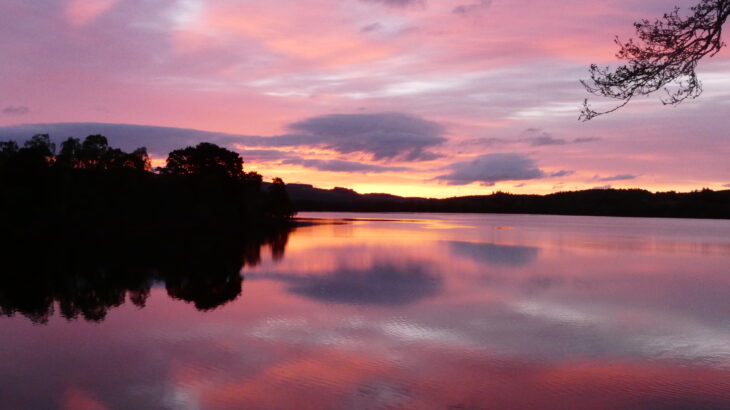 Sunrise at Loch of the Lowes © Bethany Walsh

It’s been a week of nest intrusions, with many ospreys in the area coming to check out the availability of the nest site. You can read more about why ospreys intrude in our intruder blog here.

The first intrusion of the week took place on Monday 9th May, with an unringed osprey attempting to land on the nest. Over the last three years as a pair, LM12 and NC0 have improved their teamwork when it comes to foiling attempts by other ospreys to claim the nest. Their tactical game-plan tends to consist of NC0 staying on the nest to protect the eggs, while LM12 chases any intruders away from the loch area. This can lead to spectacular flying displays visible from the hides.

On Thursday 12th May, our ospreys had an extremely intense morning of intrusions. It began with an osprey flying overhead and while NC0 was alarm calling, LM12 decided to bring a massive stick and cover her with it! Only a short while later, an unringed intruder landed on the nest. We believe this to be a female osprey who regularly intrudes the nest.

Next, an osprey with a colour ring, Blue/White 8C, landed on the nest. This bird was confirmed to have hatched at Glaslyn Nature Reserve in Wales. It is a female osprey who fledged as the youngest of a brood of three in 2014. She has been sighted several times since, including in Senegal (where many British ospreys overwinter) and in Dorset and Hampshire during the migratory period. She also landed on a webcam nest at Poole Harbour in August 2021 and March 2022. Despite her intrusion, we are really happy that she’s dropped by, as it could be that she’s looking to nest in the area. It’s always a pleasure to connect with other osprey conservation efforts, and we would like to thank Glaslyn Nature Reserve for providing us with detailed information about Blue/White 8C.

This wasn’t all, though. An hour later, a second ringed osprey landed on the nest, this time Blue/White 167. This sighting was reported to the Roy Dennis Foundation, who were able to confirm that Blue/White 167 is a male osprey who was ringed south of Inverness in July 2020 by Hugh Insley. This is likely to be the first time that this osprey has returned to the UK since fledging, so it is likely to be scoping out potential nesting sites for the future. Not all intruding ospreys land on the nest, and we estimate that at least four different birds (including those mentioned) flew over the loch on Thursday. Watch the morning of intrusions unfold in the video below:

Despite the sporadic drama, most of the day consists of LM12 and NC0 taking turns to incubate the eggs, the last of which was laid on 18th April. Eggs usually take around 35-42 days to hatch, so we could see the first  chick this coming week! Until then, it’s regular fish deliveries by LM12, and both ospreys will be seen frequently on the ‘split birch’ perch opposite the hides, whether it be having a preen or tucking into their fishy dinner. 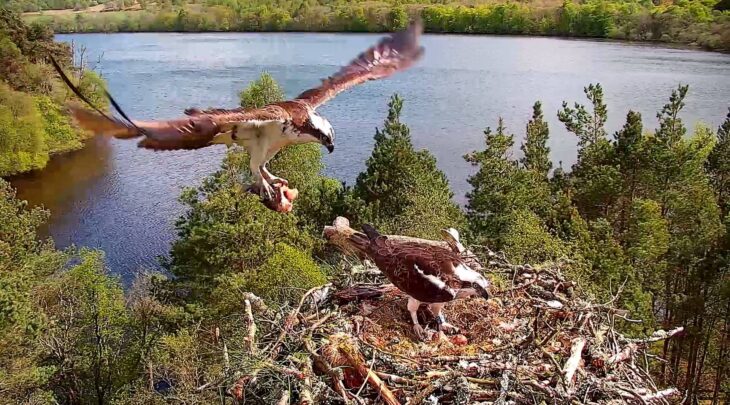 In other news, the SPOs (Species Protection Officers) have set up a camera trap behind the bothy, where the four of them live on-site for the duration of Osprey Watch. They’ve been able to capture footage of Nuthatch, Great Spotted Woodpecker, Red Squirrel, and one very elusive visitor – a Tawny Owl. While they are often heard on the reserve, it is much harder to see one. We were very lucky to get this piece of footage below.

In addition, we have a Pine Marten regularly visit our squirrel feeder at the Visitor Centre. They are seen most nights, and we believe there is more than one individual, although the SPOs have named them ‘Martini’. Below is a beautiful photograph captured by one of our Osprey Watch volunteers, Catherine. We are very fortunate to have a dedicated team of volunteers monitor the osprey nest in the early mornings and evenings while the SPOs take care of other tasks, such as patrolling the loch, engaging with visitors, data analysis and blog writing! 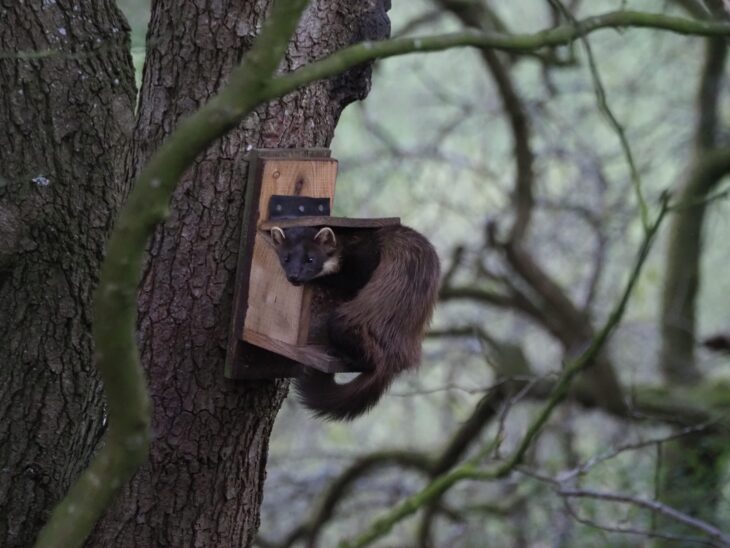 Other wildlife sighted and heard this week includes Beaver, Mallard Ducklings, Canadian Goslings, Common Sandpiper, Cuckoo, Swallow, Swifts, Cormorant, Tufted Duck, Blackheaded Gull, Goldeneye, Gooseander, and of course the famous Great Crested Grebes who have been working on their floating nest across from the hides. 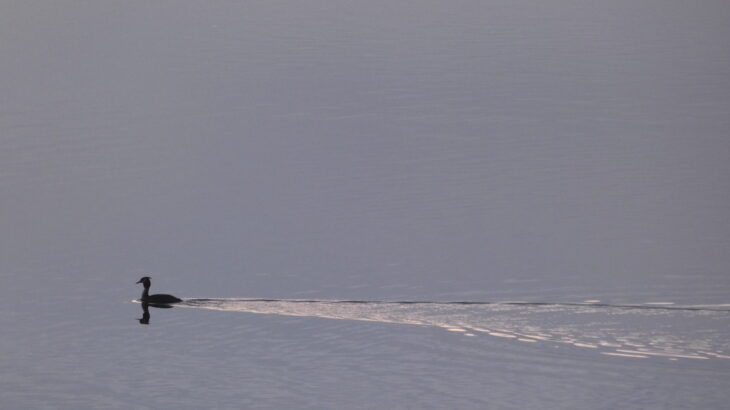 To keep up to date with the goings-on at Loch of the Lowes, you can watch the nest from our live webcam here. Follow us on Twitter or Facebook for regular updates.

It’s already mid-May, and our resident ospreys LM12 (male) and NC0 (female) are continuing to incubate their three eggs here at Loch of the Lowes Wildlife Reserve. It won’t be …