The third and final chick joins life in the nest cup! 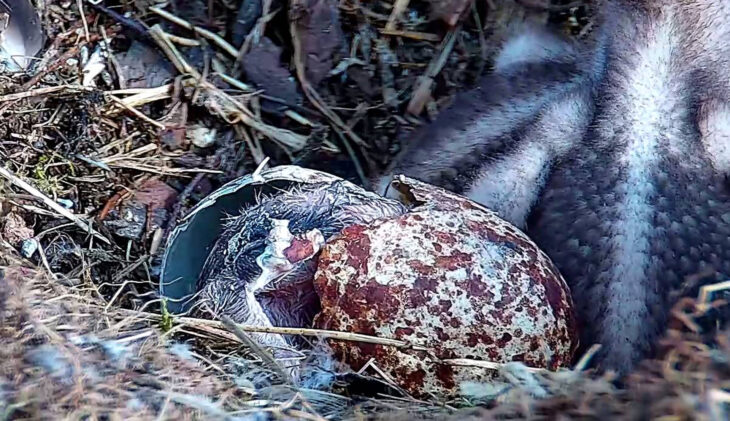 Though not so far behind its siblings, it’s still long enough to already be seeing a huge difference in the size between this newcomer and the first two chicks.

It’s no surprise after seeing what a mere few days growth looks like, to know that ospreys put on 70% of their adult body weight in the first month of their life!

Unlike the other hatches, there have been none of the usual, gradual steps noticed in the lead up to this one. Tell tale signs such as little peep holes appearing, a tiny beak poking through now and then, cracks along the shell etc.

After the second chick hatched, remnants of its shell tumbled about the nest cup and made its way over to the third egg, positioning itself comfortably over the unbroken shell like a cosy cap. We hoped that NC0 or one of the other chicks would casually knock this fragment off, but until 17:50 today, it had been stuck tight. 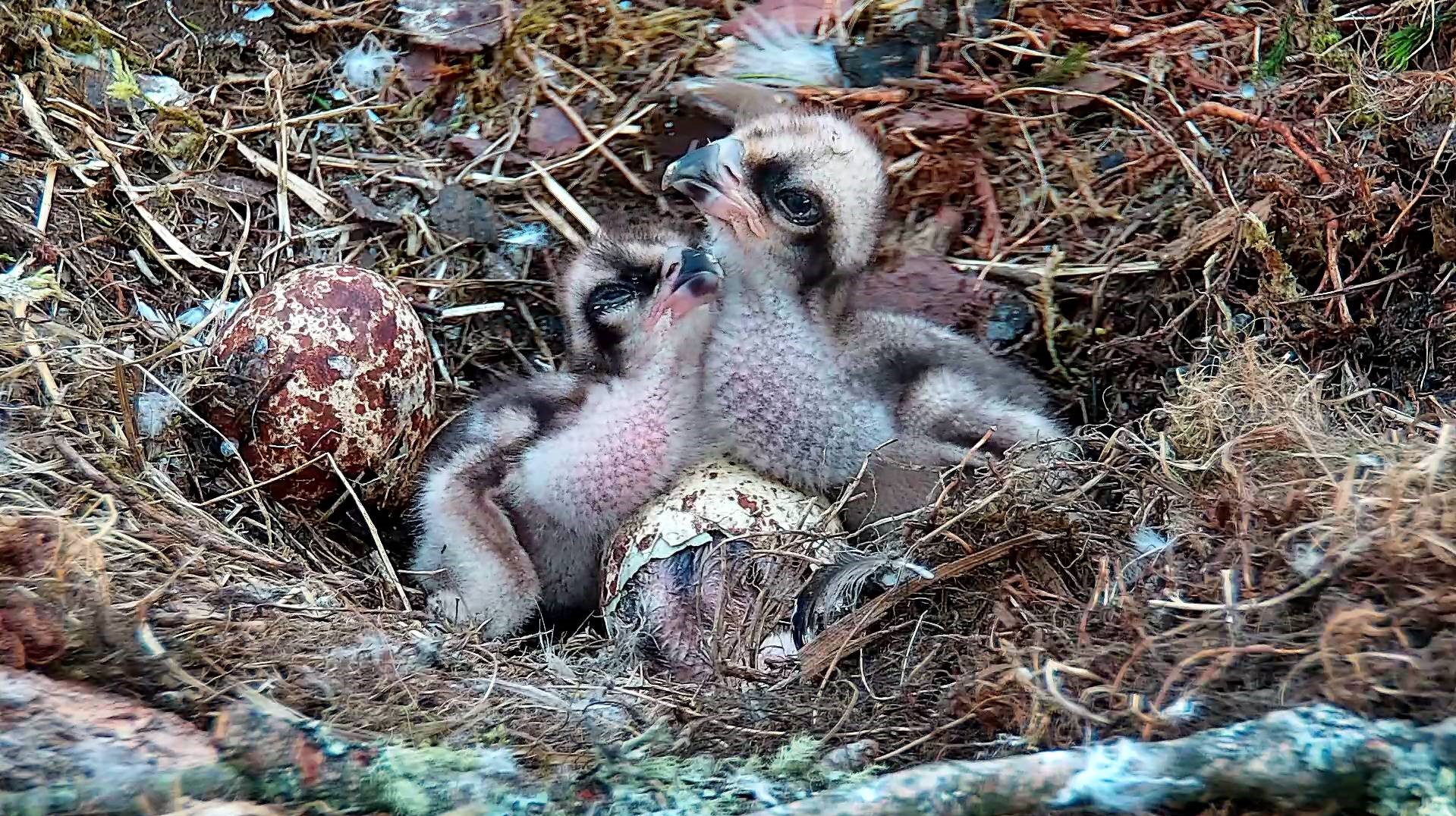 Worries began stirring among us as we imagined the little egglet scraping away under the surface, using its egg-tooth – only to then hit a second layer of shell. This could have been quite the endurance task if it was planning on breaking out from this reinforced end…

Fortunately this was not the obstacle we thought it could have been, as chick number three popped right out from the middle like a kinder surprise!

And the elder two already seem quite taken with their little brother or sister. Let’s hope they still feel this way at feeding time.

Keep up to date with all the action by watching via our live webcam, or why not visit Loch of the Lowes Visitor Centre in person? Booking is highly recommended so visit our website to book your tickets.

The third and final chick joins life in the nest cup! Though not so far behind its siblings, it’s still long enough to already be seeing a huge difference in …