At the beginning of this year, the Montrose Basin Visitor Centre took part in the Tesco Bags of Help scheme. Shoppers were able to vote for projects by local charities, and all entrants won at least £1000 funding. 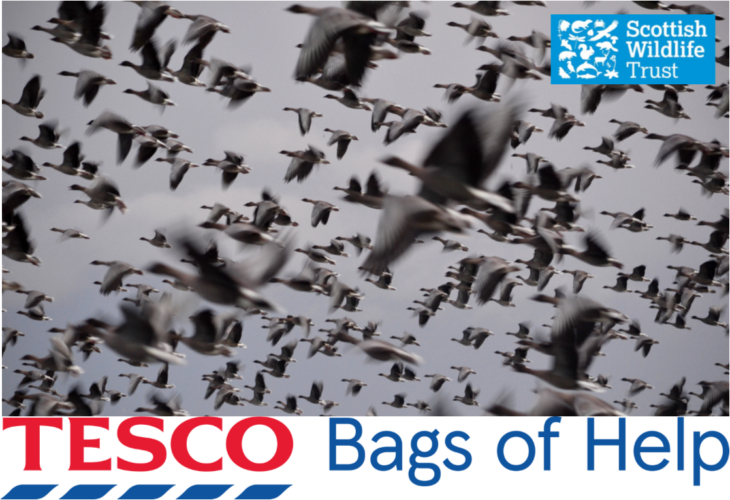 We were all excited enough to think that we would soon be given £1000 to put towards improving our wildlife centre, but we were beyond thrilled to see how many votes Montrose Basin was receiving each time one of us visited Tesco. Our section was sometimes even full to the brim with blue coins!

We’re all delighted to now reveal that we came first in the local Tesco Bags of Help vote, meaning that we’ve been awarded up to £4000 in funding! The last few months have seen us busily researching into our projects. By summer next year, the centre will be better than ever at celebrating our local wildlife and providing families and groups with outdoor education facilities.

For step one of our project, the container in the car park has been totally transformed. Now instead of walking past a boring green block as you walk down to the Bank of Scotland bird hide, visitors will be walking past (or stopping to admire) a beautiful mural featuring some of Montrose Basin’s most iconic Scottish wildlife – a kingfisher and pink-footed geese. 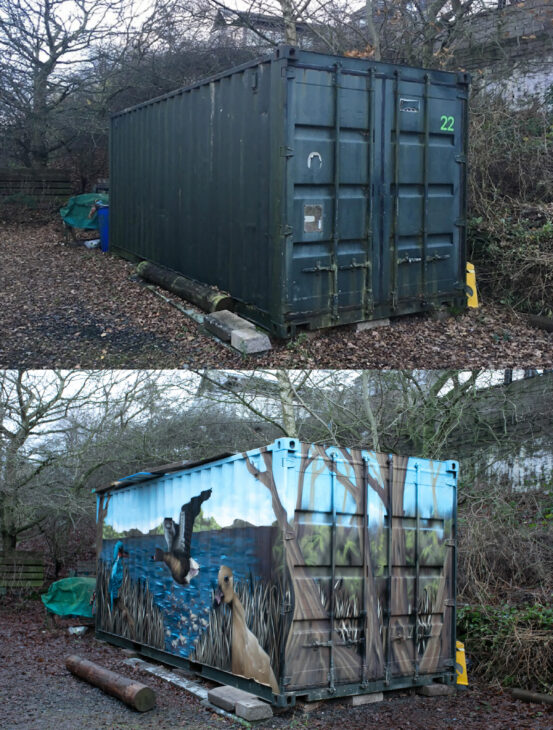 The incredibly talented Paco Graff is to be thanked for painting the mural, especially since he had to put up with a lot of unexpected rainfall and frost. He used reference photos taken on the reserve itself, and the Montrose Basin can now proudly claim to be the place that Paco Graff saw his very first kingfisher! It was fishing in front of the centre most of the time while he was painting, so rather like offering him cups of tea, we often offered him a kingfisher sighting on his breaks. It’s lovely that the kingfisher on the mural was inspired by our very own resident female kingfisher (notice the red on the bill!). 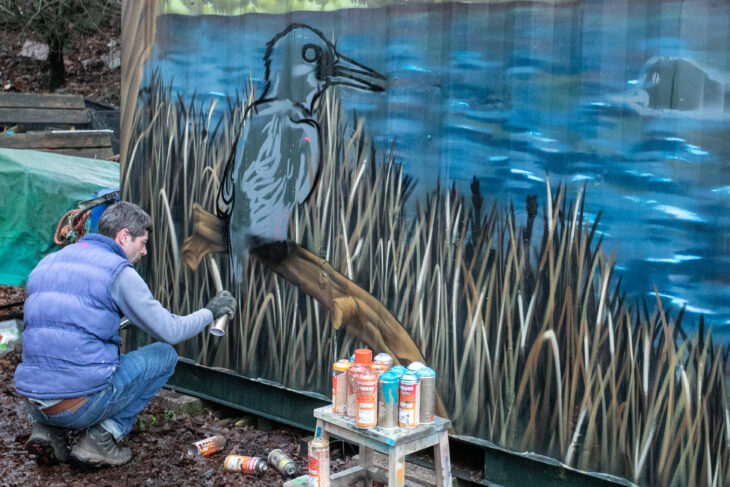 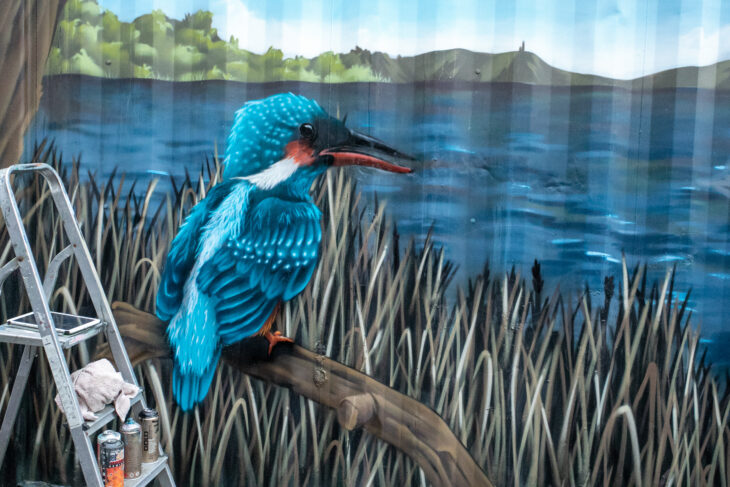 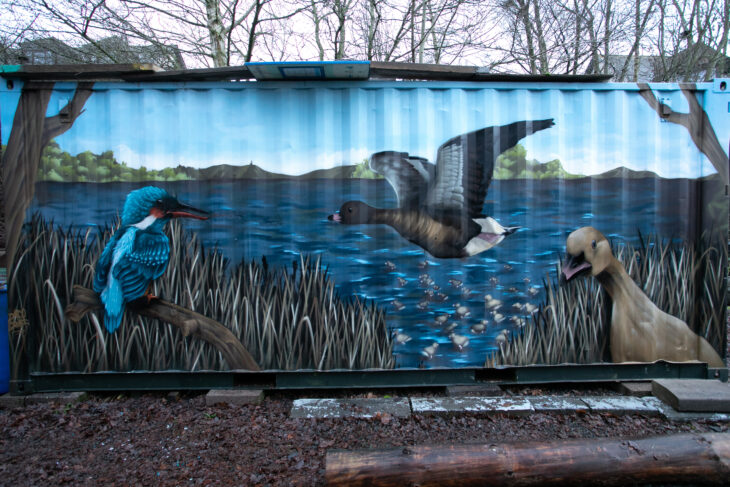 It was great to meet Paco Graff and show him his first kingfisher. We want to extend a huge thank you to him for braving the typical Scottish weather and creating a stunning mural for us. You can find out more about his work on his Facebook page here.

We have much more planned for the rest of the generous funding we received from the Tesco Bags of Help scheme, so stay tuned for more updates!

At the beginning of this year, the Montrose Basin Visitor Centre took part in the Tesco Bags of Help scheme. Shoppers were able to vote for projects by local charities, …