With the mass emergence of butterflies taking the limelight in recent wildlife-related news, I thought I’d take a moment to talk about their much less popular cousins, the moths. Perhaps it is a result of many moths being nocturnal, or that one or two species have a ferocious taste for clothes and carpets, but I feel like moths have gained themselves an unjustifiably bad reputation. 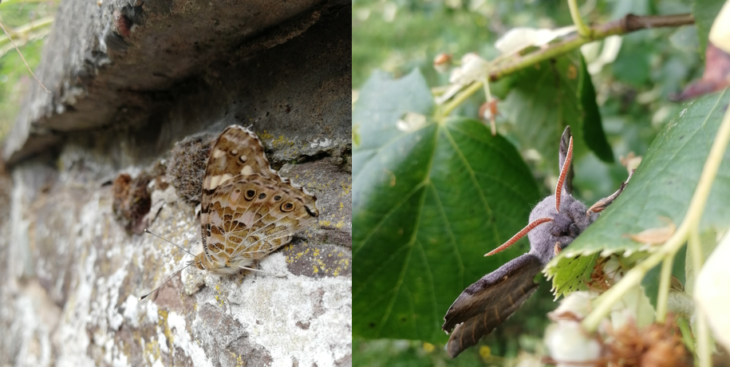 Moths are much fluffier than butterflies (personally I see that as cuter) which is perhaps because they fly in the night time, so they need a bit more insulation. Their feathery antennae are an easy way to distinguish them from butterflies, and these are covered in sense receptors which they use to smell out food and potential partners. Moths also don’t have ears; they “hear” things by detecting vibrations through their wings. Some moths don’t even have a mouth, as they’ve eaten enough as a caterpillar to get them through their relatively short adult lives. Camouflage in moth species ranges between dazzling and distinctive, to very subtle. This is often reflected in their names. Species such as the so-called “Uncertain moth” or the “Suspected” being very difficult to identify because of being quite bland in colour. 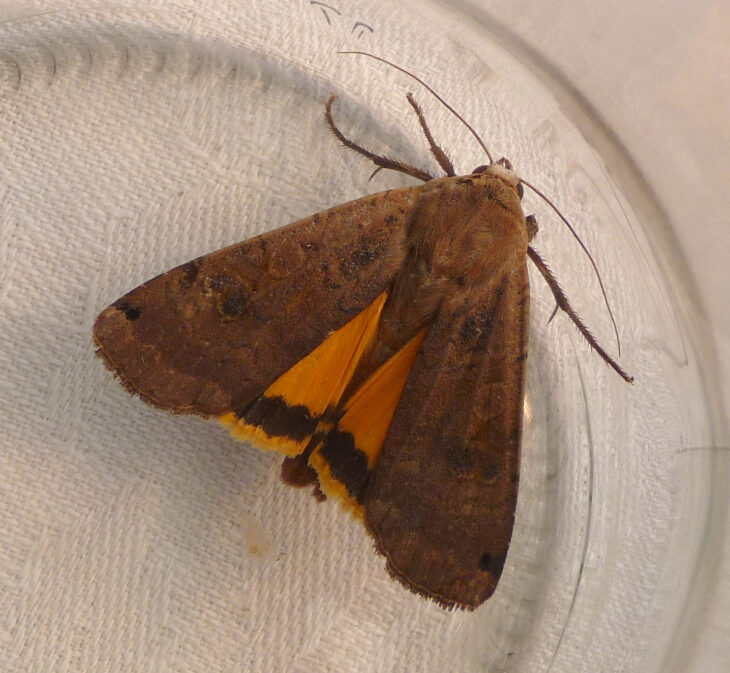 Though not as well publicised, moths are actually a very important group in our environment. We have 2,500 species in the UK, compared to only 70 butterfly species. Like butterflies, moths pollinate certain plants, particularly those which flower at night. Moths and caterpillars are a vital food source to many other groups of animals, particularly bats and birds.

As many will know moths find electric light irresistible (though the reason for this is debateable) this behaviour can be hacked, allowing us to monitor them with light traps. This does not harm the moth and allows us to gain an understanding of how their populations are changing. The most recent trap we’ve had set up at the Falls of Clyde attracted nearly 150 moths! If this is something which interests you Butterfly Conservation Trust have great resources for setting up moth traps, or alternatively you could attend a summertime moth trap in your local area.

With the mass emergence of butterflies taking the limelight in recent wildlife-related news, I thought I’d take a moment to talk about their much less popular cousins, the moths. Perhaps …