An independent review of the Sustainable Development Goals in Scotland finds that progress has been slow, while some Goals are in a worse state that when Scotland enthusiastically adopted the United Nation’s Agenda 2030 in 2015.

Overall, commitment and rhetoric from the Scottish Government and other institutions are strong, but “more needs to be done in order to meet the 2030 targets”.

The group, comprising Oxfam, University of the West of Scotland, and the SDG Network, produced the Independent Snapshot Review of the Goals, set by the United Nation’s 2030 Agenda, by asking organisations throughout Scotland for their assessment in their particular areas of specialty.

I wrote The Scottish Wildlife Trust’s contribution to the chapter on Goal 15: Life on Land, and while reviews like this are essential, in order to make sense they need to simplify things. That can gloss over a particularly important point about the SDGs: they were never intended to stand alone. 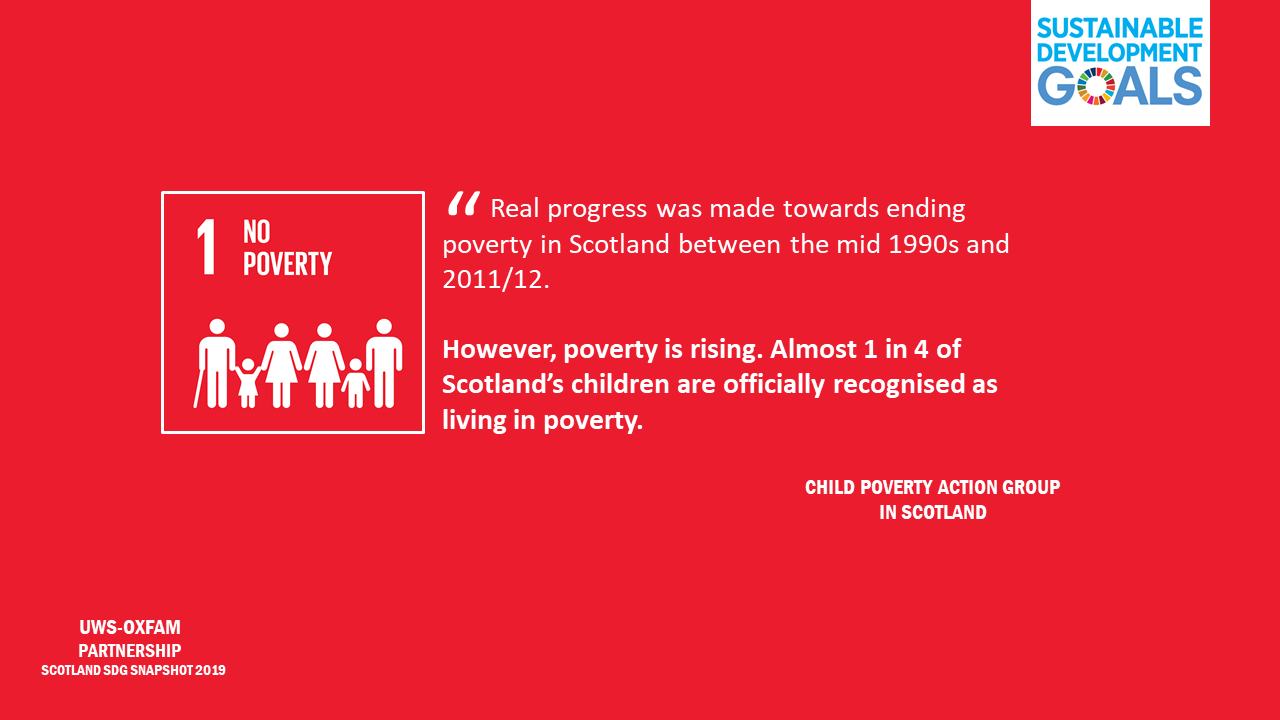 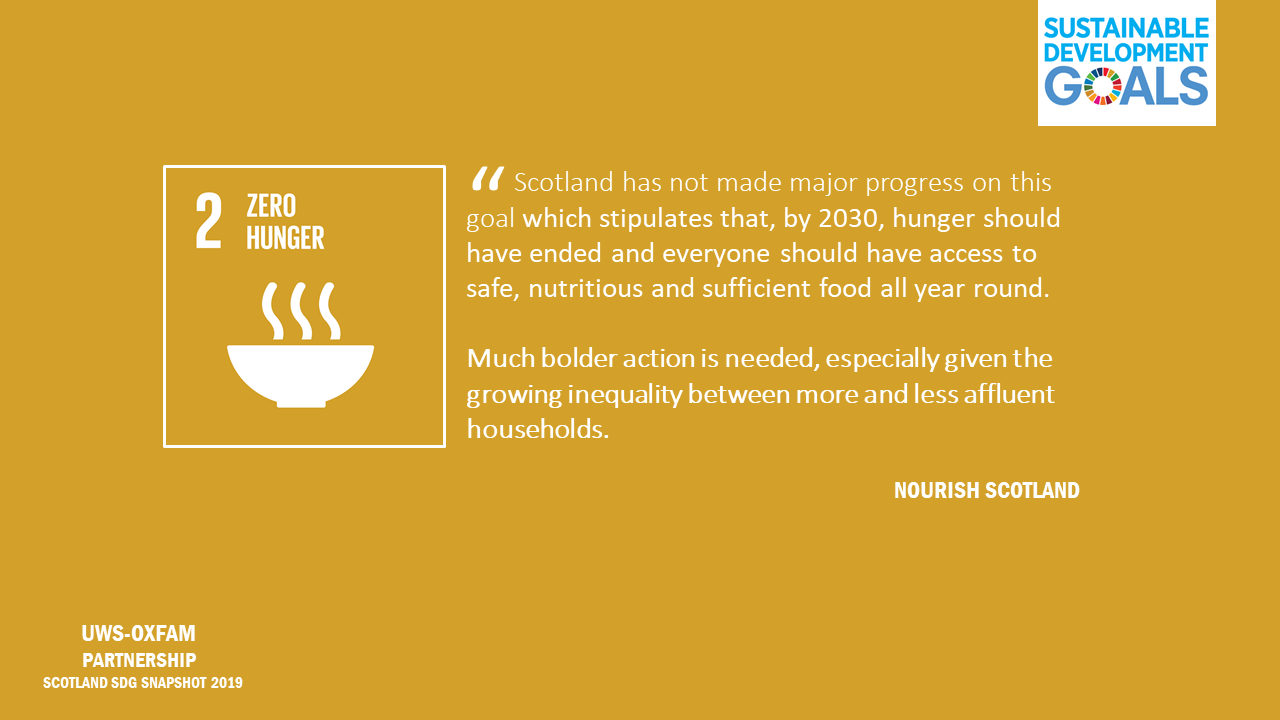 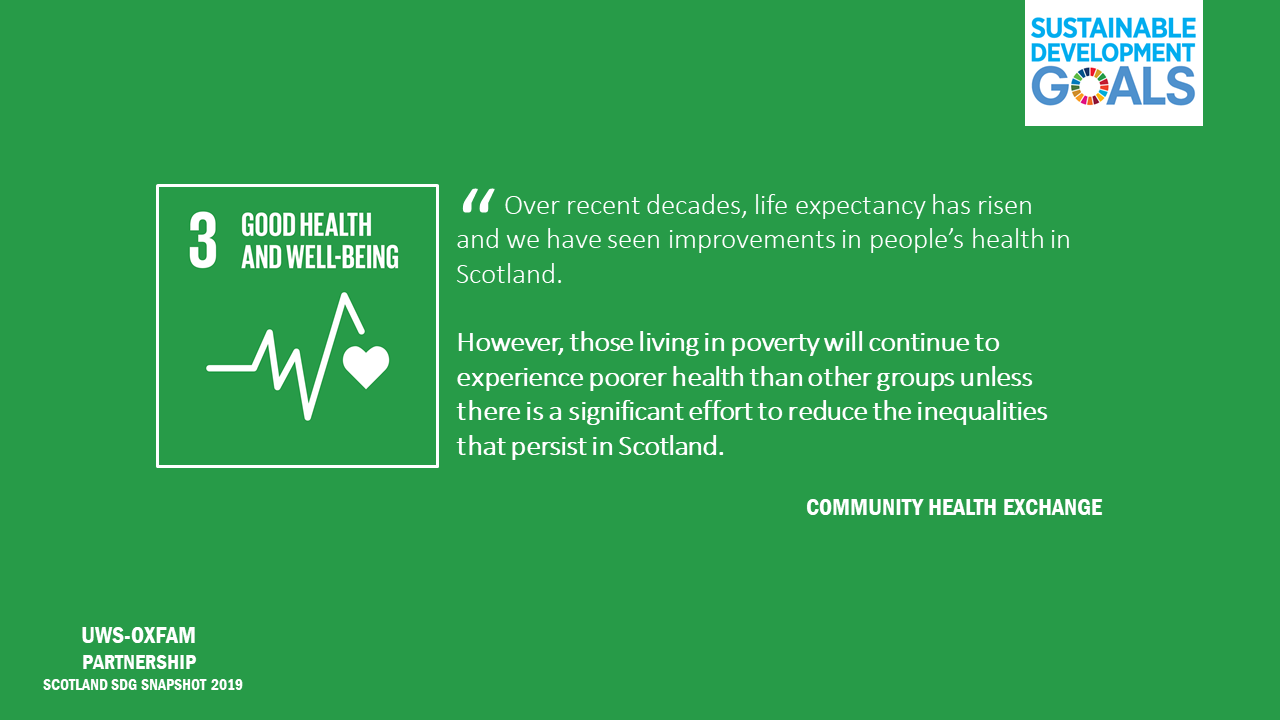 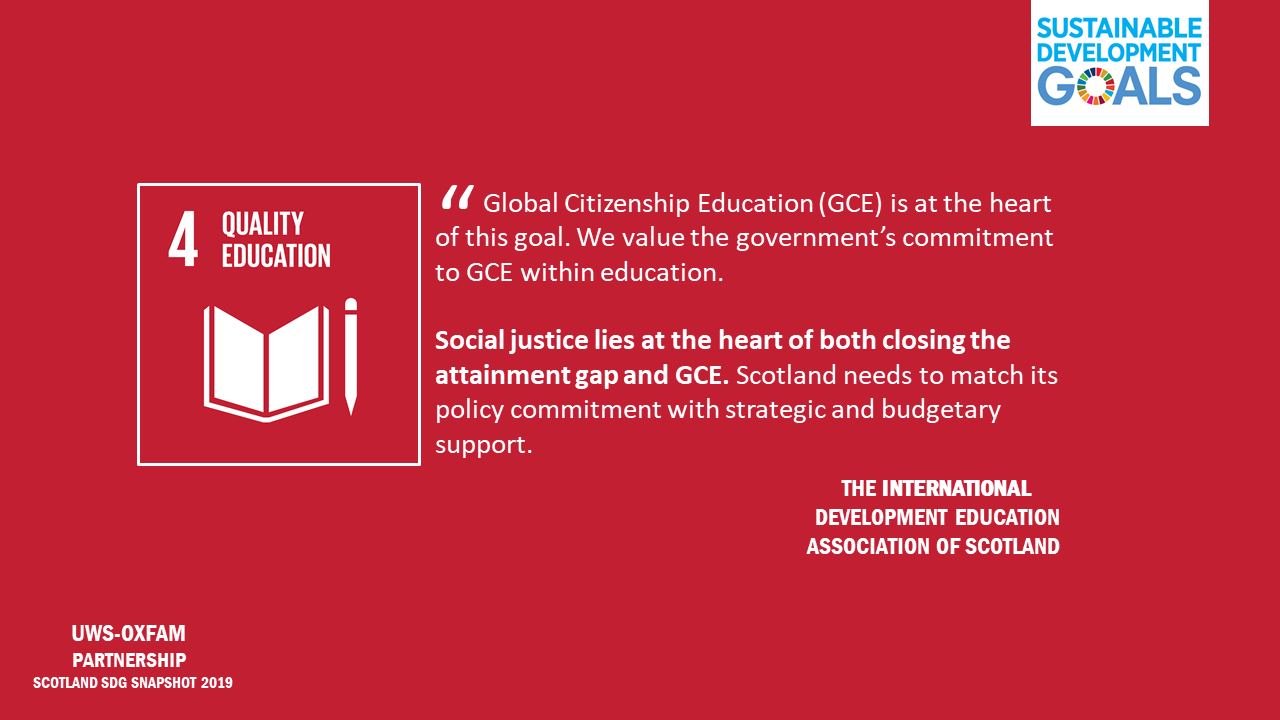 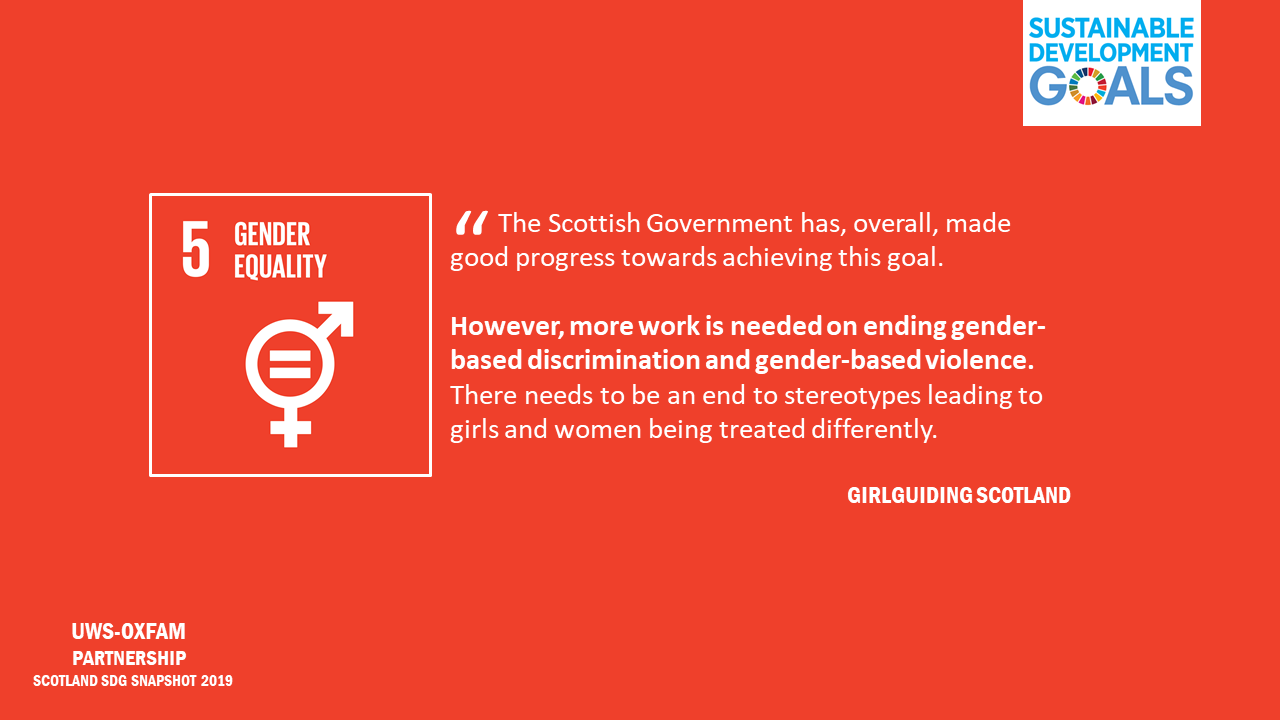 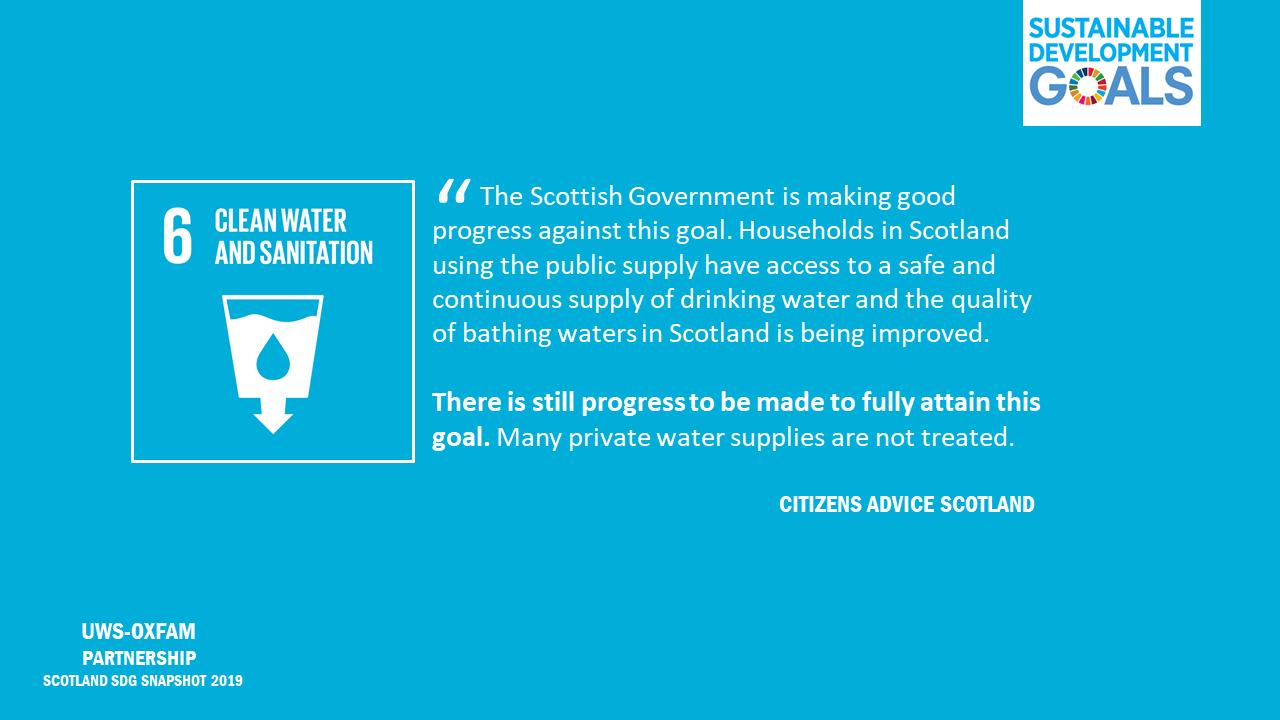 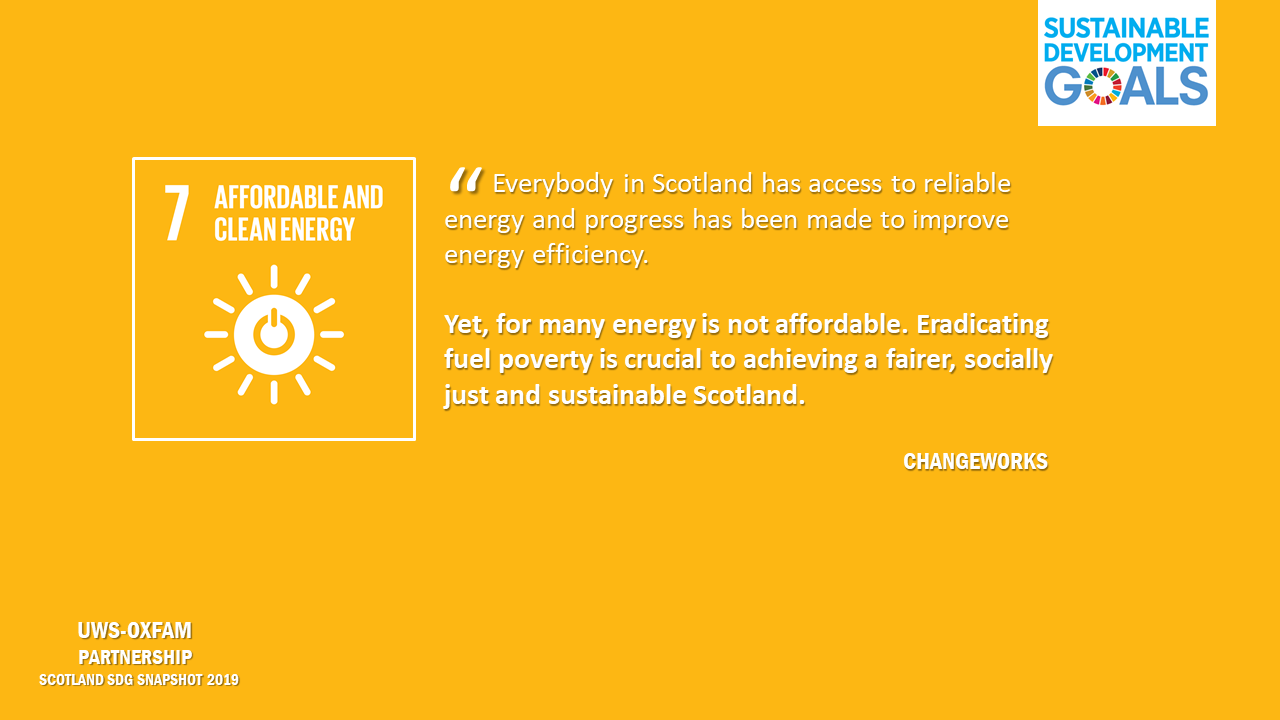 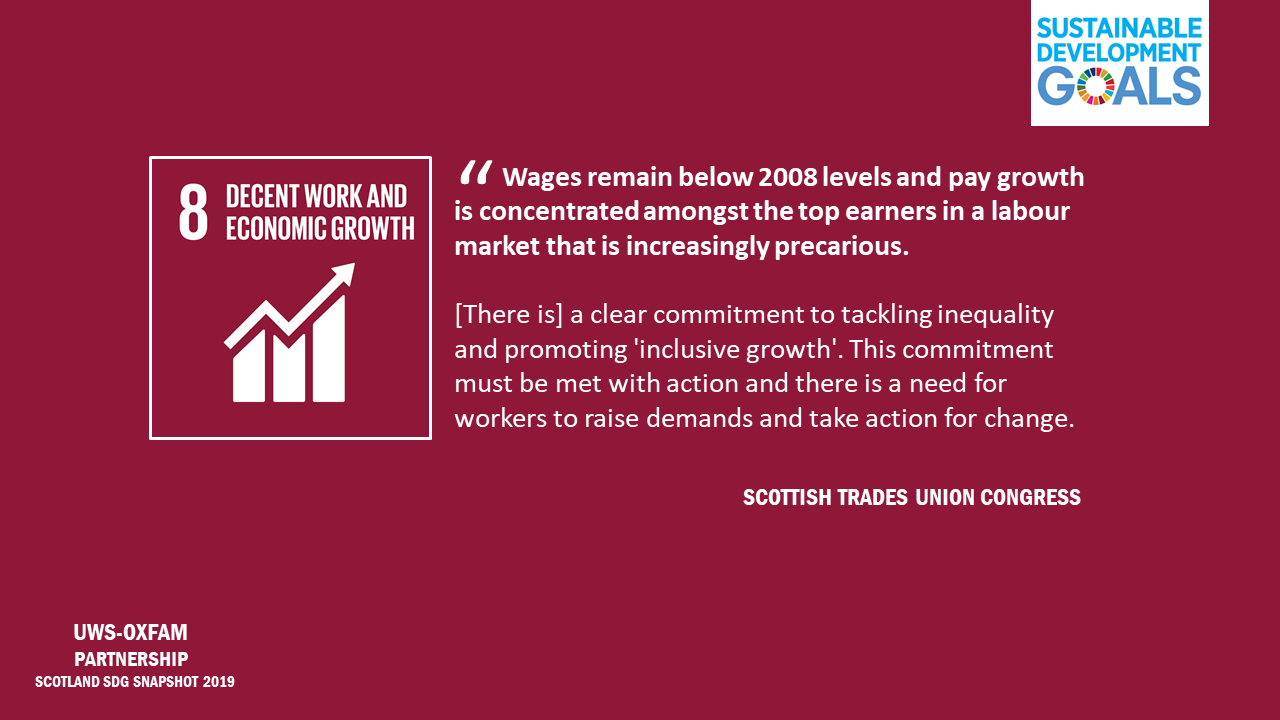 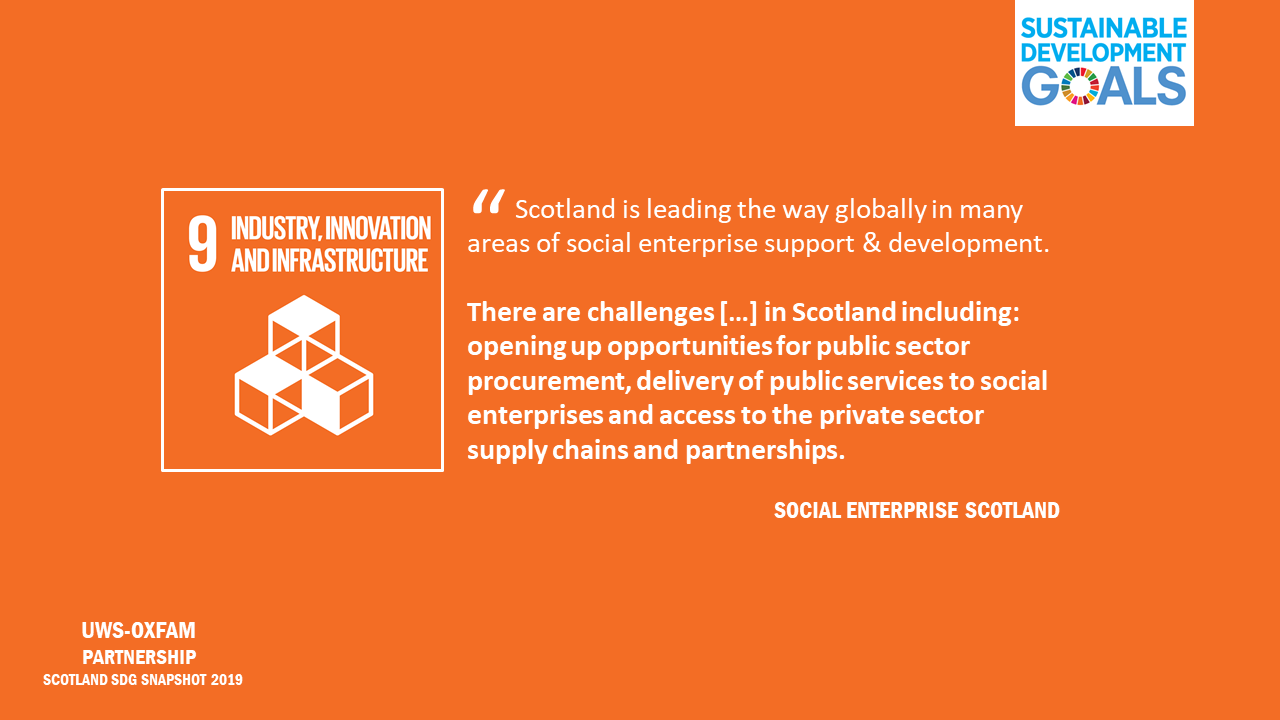 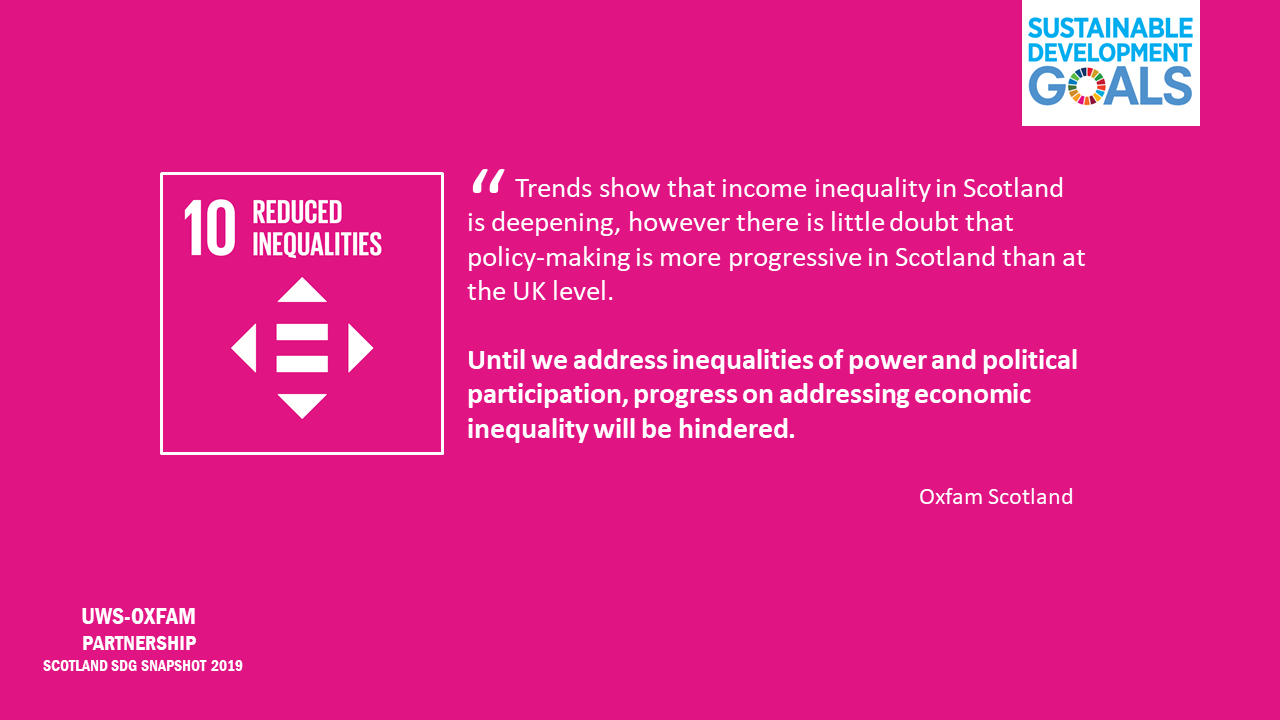 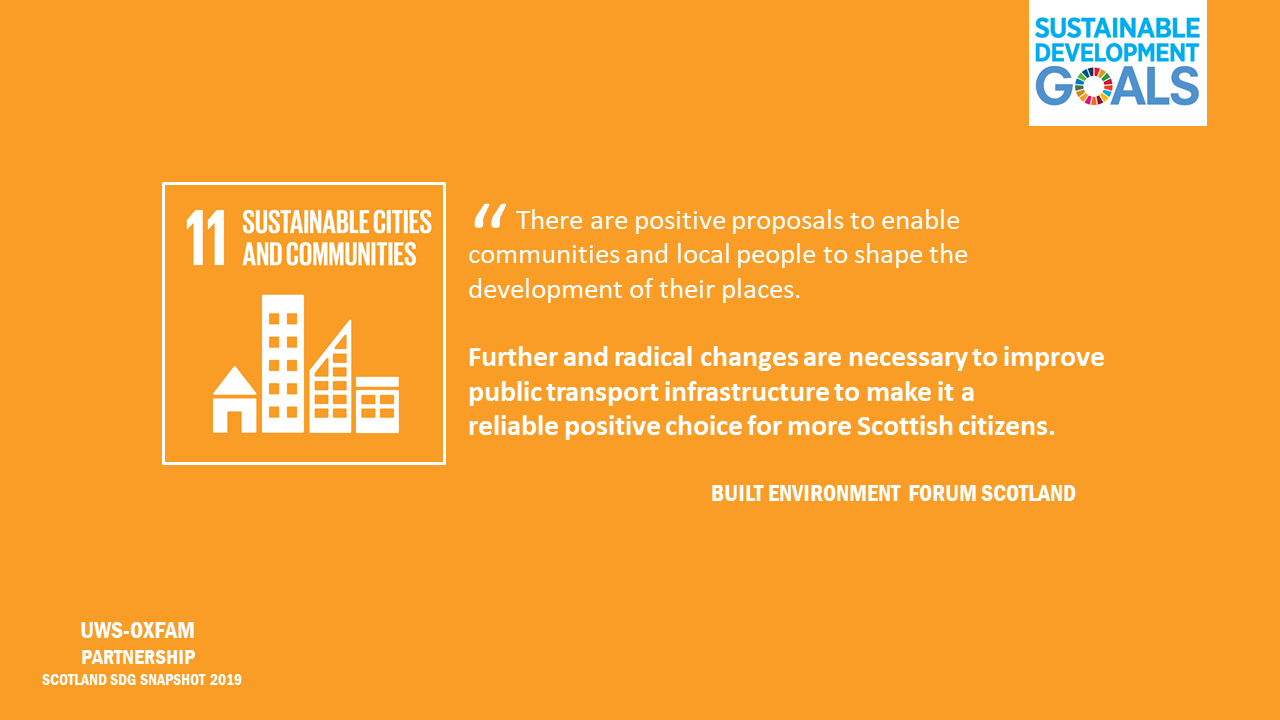 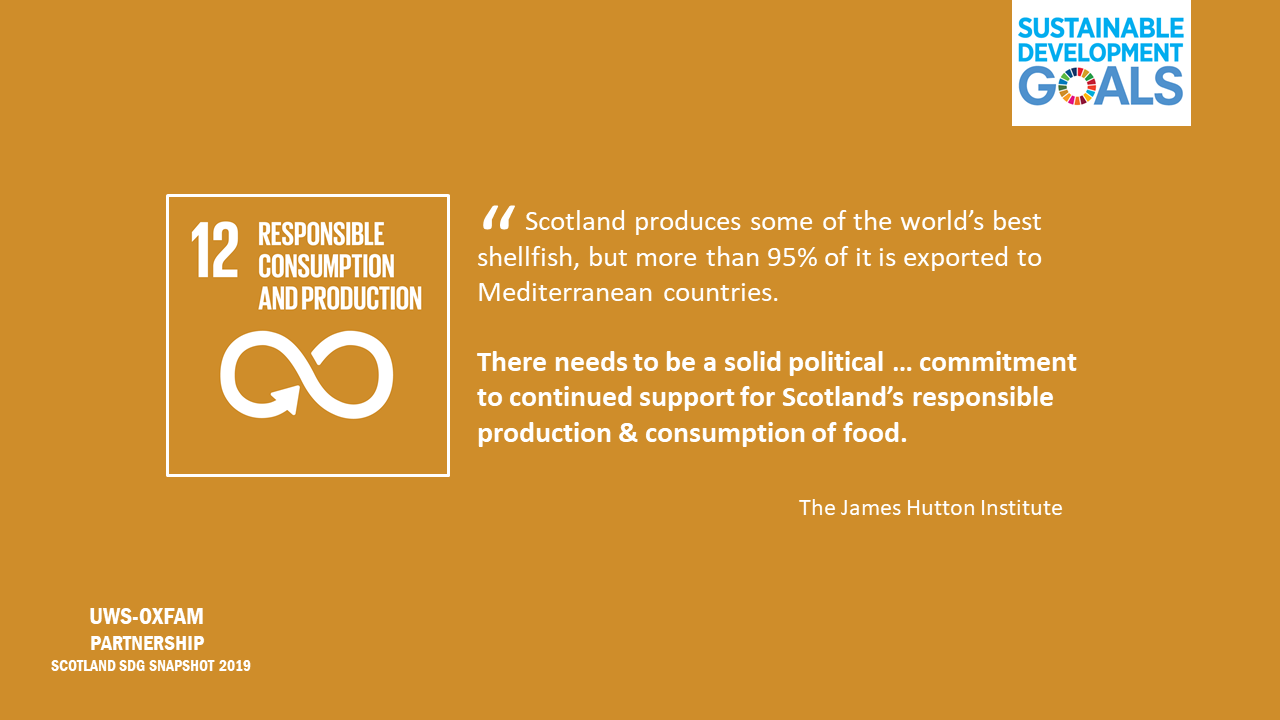 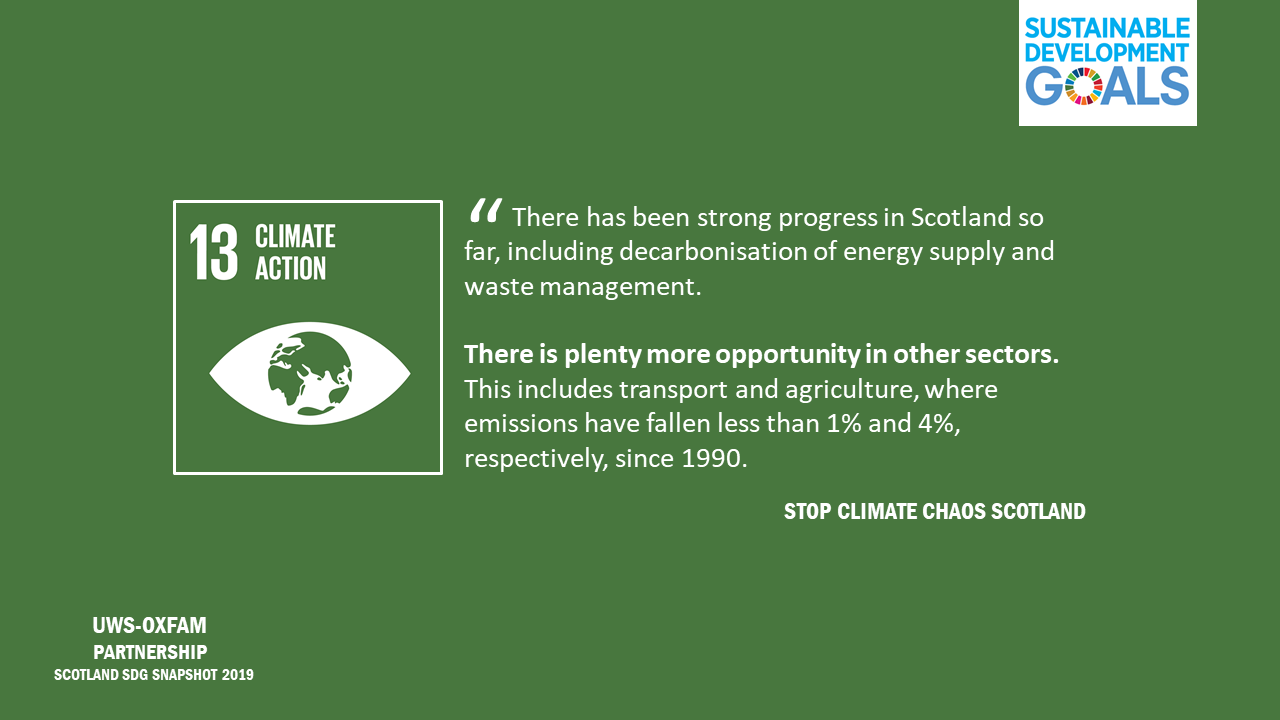 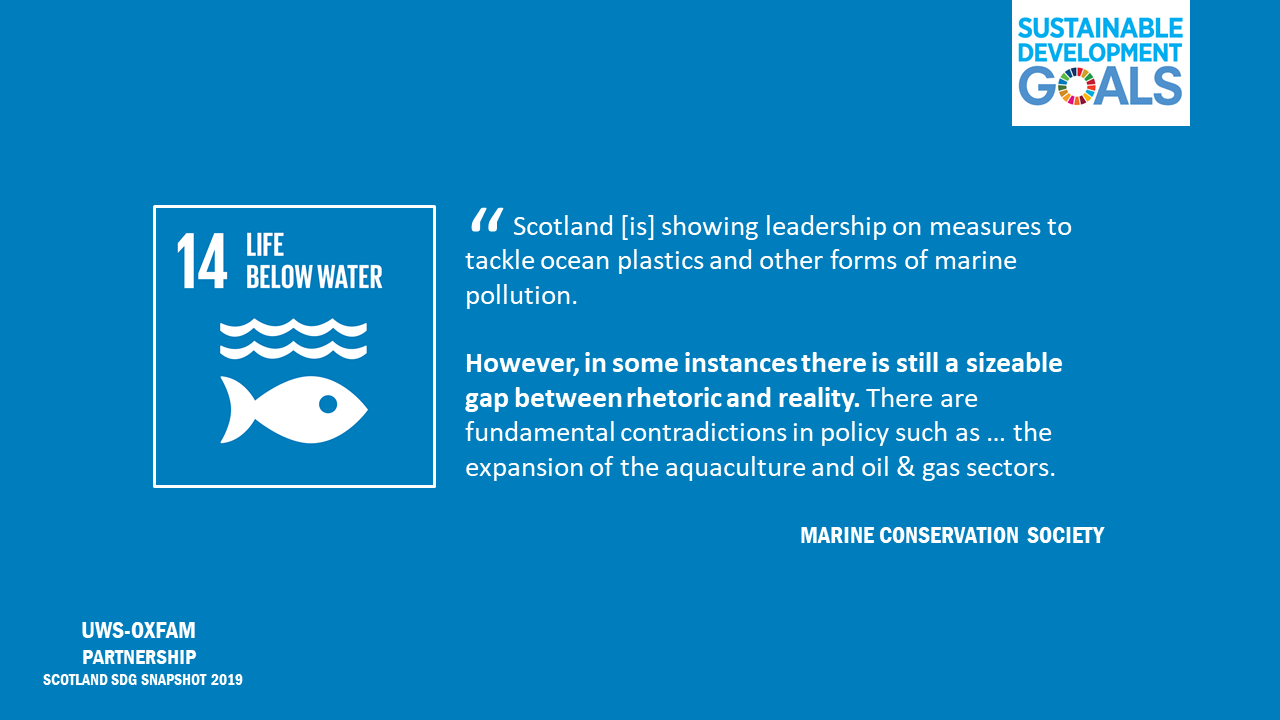 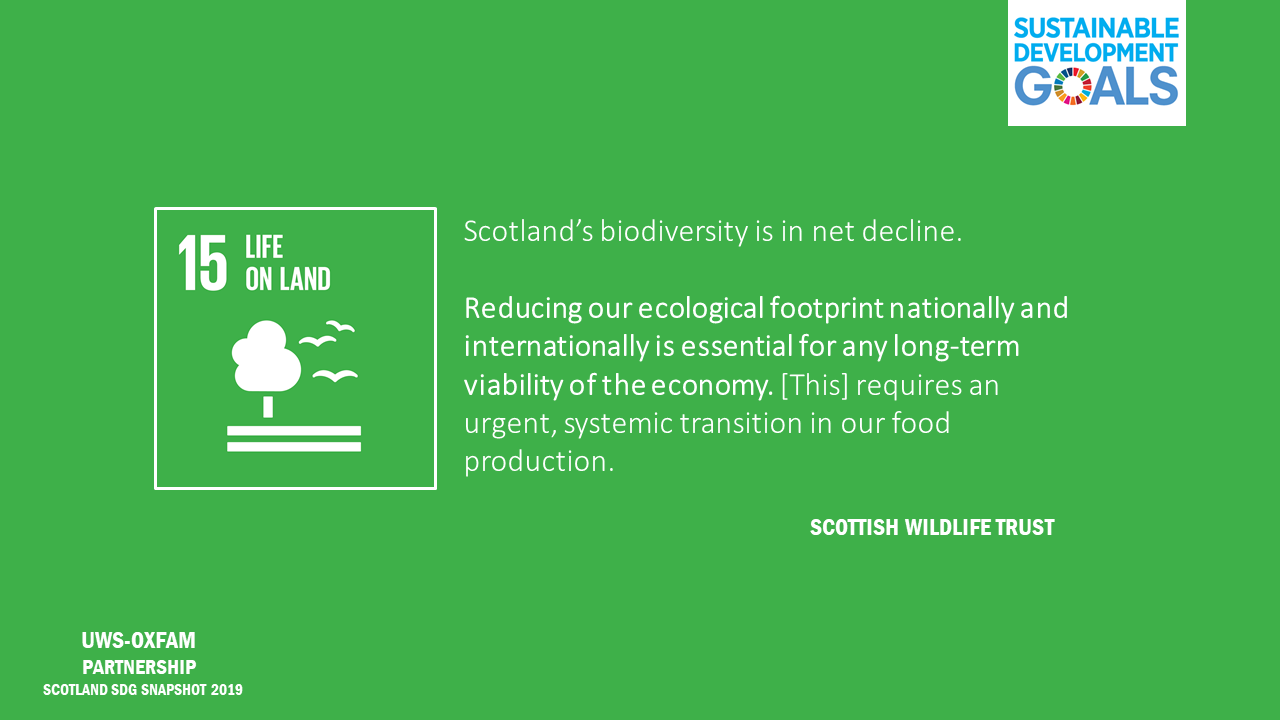 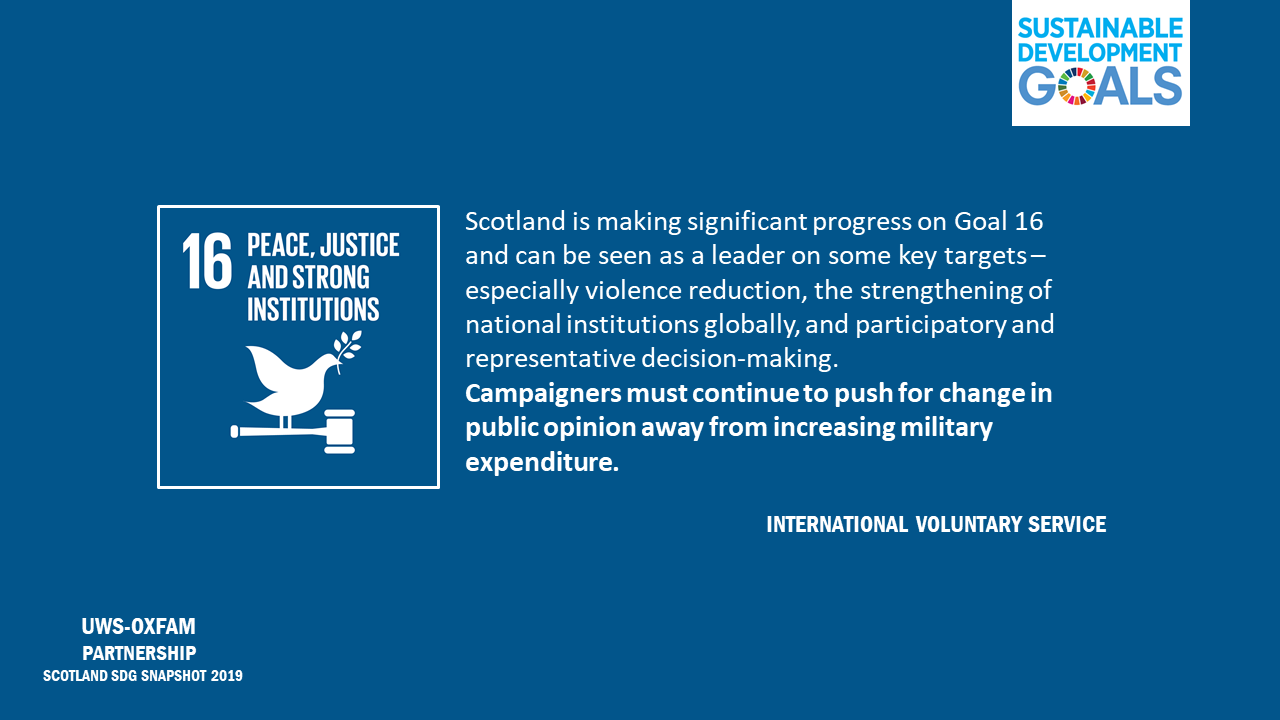 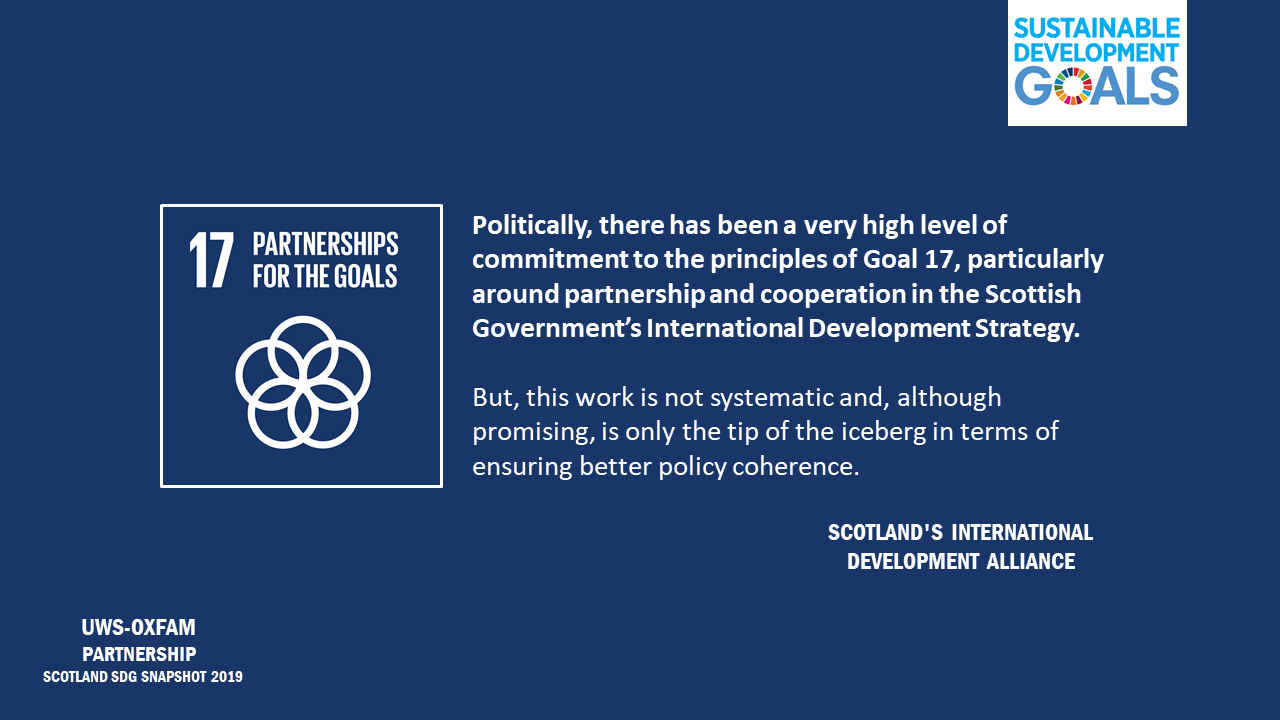 “Overall, rhetorical commitments and strategies are numerous, and often promising. But it is rare that we see substantial follow-through on those – genuine commitment to marshalling and coordinating resources to tackle substantial declines in life on land remains particularly elusive” Goal 15: Life on Land

Calculating a goal like ‘Life on Land’ is a daunting affair. We know that humanity has wiped out over 60% of mammals, birds, fish, and reptiles since 1970. 1 million further species around the world face extinction.

Taking one species deeply connected Scotland’s natural and cultural heritage, wildcats are critically endangered – a detailed report this year found they are ‘at the brink of extinction’ and declining, while drivers of extinction increase. Thinking smaller, half of all insect species are in rapid decline; a third face extinction. A global report showed the problem may be particularly acute in the UK. Modern agricultural practices are the main drivers of these declines, and while many farmers and crofters are leading the way, overall we’re failing to tackle the challenge.

But Scotland sometimes bucks the trends – for instance, it’s seen as ‘the last haven’ for many moths and butterflies endangered or extinct elsewhere. Large expanses of diverse habitats with low human population intensities offer space for wildlife and some shelter from human activity.

In some cases, we’re seeing important progress, such as protection for beavers, now free to bring multiple ecosystem benefits across an expanding range.

Overall, however, we see a net decline in biodiversity. As well as the feeling of loss that comes with a nature that contains less – less wildness, less spectacle, less life – declines in biodiversity imperil our life-support systems.

That Scotland presents a mixed picture in many ways is no reason to be complacent. The drivers of wildlife decline are increasing; climate breakdown will bring hotter, drier summers and wetter winters; and we’re yet to see serious action from governments at all levels.

“The biosphere, upon which humanity as a whole depends, is being altered to an unparalleled degree across all spatial scales. Biodiversity – the diversity within species, between species and of ecosystems – is declining faster than at any time in human history.” IPBES Global Assessment Report, 2019

The Sustainable Development Goals are intended to recognise that environmental protection, climate action and social issues of equality, justice, poverty, and others are inseparable around the world.

The 2030 Agenda, which gave life to the SDGs, declared that “The Sustainable Development Goals and targets are integrated and indivisible” – we need to achieve all to fully achieve any.

At the moment, our approach to the SDGs is too often to take them individually – how do we tackle climate breakdown? How to do we reduce and eliminate poverty? How do we achieve gender equality? The reality is these Goals are individually essentially, but not individually sufficient.

Take those three: climate, poverty, gender equality. At the surface, they seem like unconnected phenomena. Yet we know that climate breakdown and dirty fuels have gendered impacts: they disproportionately impact women and children in the Global South. We know the world’s most impoverished areas are least to blame for climate breakdown yet are most exposed to it and least able to adapt. Failing in one area can lead to a cascade of failures throughout the SDGs. Because the SDGs are integrated, so too must be the solutions.

The change we need in Scotland

The complex ways that the SDGs work together, or, done wrongly, hold each other back, gives us a framework for action. Life on Land provides a clear example.

Diverse, viable populations of life on land are essential – for our food, clean air and water, and not least our cultural heritage and connections to land, our sense of place. We’ve outlined before how biodiversity and climate breakdown are inextricably interlinked. With that comes the ability to target both crises: protect, enhance, and restore biodiversity so it can help store carbon away in better-functioning soils, in growing trees and restored peatlands. Neither crisis can ignore the other.

In the same way, no implementation of a Goal can ignore the others. Yet frequently this is what we see happen. Scotland’s new National Performance Framework is a significant step in the right direction – it helps show how numerous Goals contribute to specific outcomes.

Nevertheless, we need more joined-up thinking and actions, as well as more public scrutiny. This new framework and the SDGs need to be as common to our thinking as job numbers or wage growth or number of houses. They aren’t just goals, nice-to-haves; they’re the bare minimum necessary to avoid further catastrophe.

The Trust is working to make the most of these complex interactions – to connect the dots and show how biodiversity enhancement and restoration can work together with climate action.

Too often, we’re playing whack-a-mole with environmental issues – trying to fix the immediate problem without giving enough attention to the underlying drivers.

And it takes incredible energy to swing that hammer, to take the action necessary. The SDGs help draw our attention to the whole picture; the way the jigsaw pieces make a whole. Each piece is necessary, but without all of them joined together, the job’s not done.

An independent review of the Sustainable Development Goals in Scotland finds that progress has been slow, while some Goals are in a worse state that when Scotland enthusiastically adopted …