I renamed last Saturday, Flyday. Shame that what I observed didn’t happen the day before.

Whilst outside enjoying the stunning weather, I realised there were a plethora of winged beasts taking to the air. I revelled in this sight for a while until a few of them decided my lunch plate would make an excellent landing pad and so I beat a hasty retreat indoors.

But what was going on? Why so many flies? And from so many different species?

One species you may have noticed is the St. Mark’s or Hawthorn Fly. This is a very common species and it is very distinctive, because it dangles its long legs beneath it as it flies. They are so named because of the time around which they emerge, the 25th April, also known as St Mark’s Day. (As applies to most things in nature, up in Scotland we are usually a couple of weeks behind seasonally, and so 11th May, was right on time for their emergence). Their larvae have been living in the soil and can often be found around compost heaps as they eat rotten vegetation. The adults feed on nectar and are great pollinators for fruit trees and other plants.

Mayflies are another species you might see around at the minute, especially if you are close to water, as we are here next to the Clyde. They have an intriguing life-cycle, with some adults only surviving for a day, solely to reproduce as they have no functional mouth parts for feeding. However, the nymphs of some species (their immature form) live and grow in the water for up to two years. 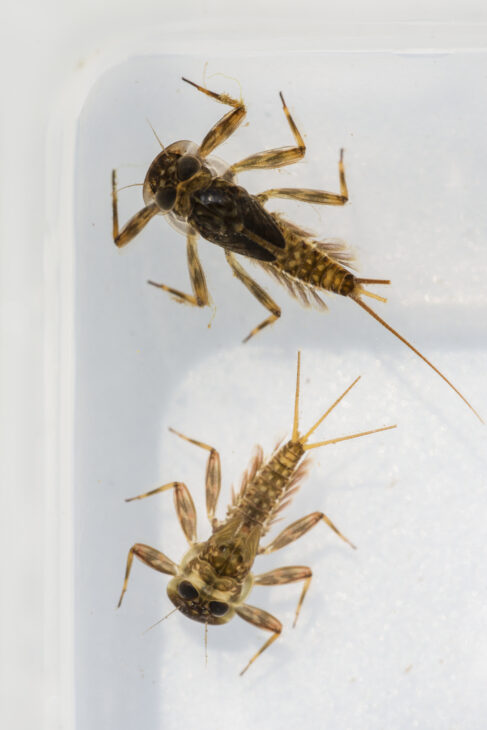 You may ask how all of the flies know how to appear at once. Their emergence is timed with light intensity. A synchronised mass emergence at dawn or dusk will also reduce each individual’s likelihood of predation.

We may find flies annoying with their erratic flight and tendency to end up in places we’d rather they weren’t, but they are a major food source for freshwater fish and bats. Other winged animals such as acrobatic swallows, swifts and martins time their return migration and breeding to coincide with this mass emergence, which is one of nature’s great events.

So before you swat them away, give a thought to their importance in the food chain and to all the time they’ve spent in their larval forms waiting for their big day to come. They are not just pesky flies.

I renamed last Saturday, Flyday. Shame that what I observed didn’t happen the day before. Whilst outside enjoying the stunning weather, I realised there were a plethora of winged beasts …

Help secure a commitment to reducing pesticides across the UK