Visitors to the Montrose Basin are often surprised to hear that an osprey has been sighted that day, but the reserve has actually become a very popular fishing spot for a whole variety of these birds of prey. The Basin’s osprey visitors take advantage of the tides, arriving at low tide to catch fish out of the shallower water, and then perching on fence posts with freshly caught fish once their usual driftwood perches have been completely submerged in water. 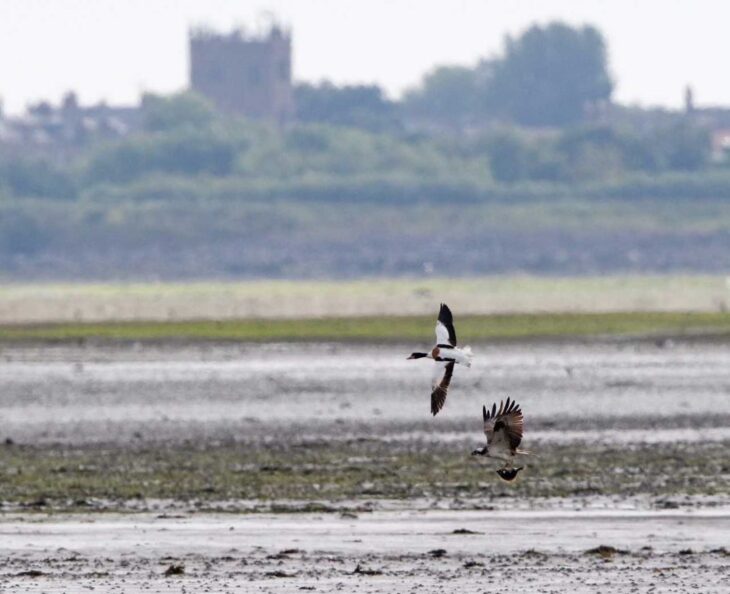 A common question we get is ‘Where are these ospreys nesting?’, which is a good question because for the most part, we don’t know! Last year, we could see up to 8 ospreys at a time all fishing on the Basin at once, so it’s clear that they’re coming from a few different places at least. Some of them may not even be nesting – ospreys might not breed for the first year or two after returning to Scotland for the first time, and will instead just happily feed themselves and explore the area.

Since our first osprey sighting of 2019 on 8th April, we’ve pretty much been seeing at least one osprey a day (providing low tide has been within our opening hours). There are a couple of identifiable individuals that we do see from time to time that we have some information on because they have colour rings.

Green BF is the male osprey from the nest at Balgavies Loch. If you weren’t lucky enough to see ospreys fishing from the Montrose Basin Visitor Centre, then Balgavies Loch, another Scottish Wildlife Trust reserve, is a great place to go to. The pair of ospreys got off to a rocky start this year – they had quite a time chasing greylag geese off of their nest!

We saw FC6 for the first time last year. Usually it’s quite tricky to make out the ring colour let alone the code, but FC6 made the job a little easier for us by perching right in front of the visitor centre multiple times over the season. We found out that she is a female that was ringed as a nestling in July 2015 at Monadh Mor on the Black Isle. She clearly decided she was too young to settle down and have chicks, as she visited us regularly for the whole summer, sometimes catching up to 4 fish a day.

We haven’t had a confirmed sighting of her this year, but there has been a blue-ringed osprey perching on some of FC6’s favourite fence posts these past few days. This week, the osprey has been staying well past high tide, feeding on flat fish and then happily digesting it for an hour or two before flying off to catch second helpings. This is similar behaviour to what FC6 would exhibit last year, so we’re hoping the same osprey might be visiting us again this year…

Have you spotted any ospreys at Montrose Basin yet this year? If not, then visiting us at low tide will give you a good chance of seeing at least one!

Visitors to the Montrose Basin are often surprised to hear that an osprey has been sighted that day, but the reserve has actually become a very popular fishing spot for …