It’s deer month at Loch of the Lowes, and whilst some people are deer ID savvy, we get many visitors who struggle to tell the difference between the different species, so we’re here to help! While there are 6 species of deer resident to the UK, only 4 inhabit Scotland; namely the red, roe, fallow and sika deer. Red and roe deer are the only species that are actually native to the UK, with fallows having been introduced in the 11th century, and muntjac, sika and Chinese water deer introduced in the past 150 years. 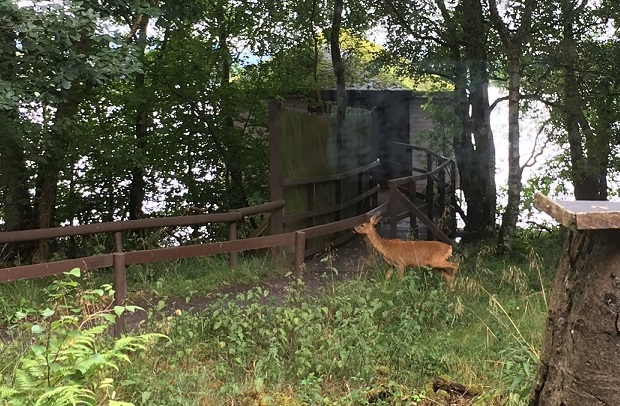 The largest deer species in the UK is the red deer, with the stags (males) measuring up to 250cm in length, and the hinds (females) up to 210cm. In summer, they display a reddish-brown coat, and males grow a noticeable thick neck mane in autumn. The stags’ antlers are very impressive, growing up to 1m in breadth for the rutting season in autumn, when the stags can be heard “roaring” to claim territory. There are believed to be many subspecies of red deer, with those resident to Scotland being, as you would expect, Scottish red deer. They are distinctive because to their size but confusion in identification can be cause by the interbreeding of red and sika deer in Scotland; the University of Edinburgh found that there is a considerable number of red and sika hybrids. This poses risks for the conservation of red deer, which highlights one of the risks of introducing non-native species.

The roe deer is the most common native deer in the UK. It is medium-sized, with body length measuring up to 135cm. Brown in colour with a pale rump and no tail, the roe deer can be easily identified. The males (bucks) have short antlers which they shed in October after the rutting season. The roe deer is usually a solitary species, though they can form loose groups in winter. Whilst they are widespread throughout Scotland and England, they are not so common in Wales, the Midlands, and Southern England.

The fallow deer is non-native but very well established in the UK as they were introduced by the Normans in the 11th century in private collections. Slightly larger than roe deer, fallow deer are easily distinguished by their spotted coats, with a black and white tail and a black outlined white rump. Their coat colour is highly variable, from a deep brown to almost white. At Loch of the Lowes, visitors often report white fallows on the opposite side of the loch, so it’s worth coming and trying to spot them grazing. 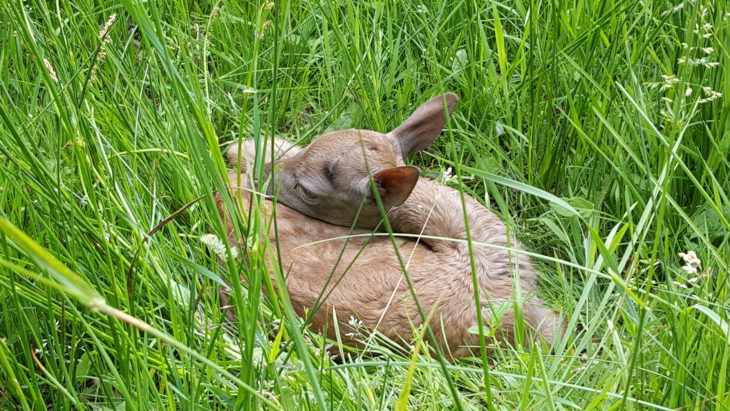 Sika deer are native to much of East Asia, with the name “sika” coming from the Japanese word for deer “shika“. They were introduced in ornamental deer parks in 1860, and are now living in the wild. They have a body length of up to 180cm, with the males being significantly larger than the females. Like fallows, sikas keep their spots in adulthood. It can be difficult to spot the difference between a fallow and sika deer as they are similar in size and coat, but a sika’s coat is usually darker. They have slightly shorter tails than fallow deer. Sika and fallow males can be more easily told apart through of the shape of their antlers. Sika deer have large but narrow antlers (much more similar to the red deer in the image below), whereas fallow bucks have more broad, “plated” antlers. Most closely related to the native red deer, they can hybridise which poses conservation risks to the red deer.

When visiting Loch of the Lowes you are most likely to see roe and fallow deer. Make sure to keep an eye on the woodland near the car park as visitors frequently get great views of fallow deer from there.

It’s deer month at Loch of the Lowes, and whilst some people are deer ID savvy, we get many visitors who struggle to tell the difference between the different species, …

A Positive View to End the Year

My experience volunteering with the Trust in Ayrshire

Why land use partnerships are vital for a green recovery