This week, we are still exploring where our waders go when they leave the Basin at the end of winter. The focus this time will be on the smaller waders, those whose weight rarely exceeds 200g. But small size does not limit these birds – some of them travel hundreds or thousands of miles!

Dunlin are one of our smallest waders. They are resident all year in Britain, but only along the coasts of north-west Scotland and its islands and the west coast of Ireland. Dunlin are found feeding in flocks along the coastlines during the winter months, but return to breed in the uplands during the summer. In the British Isles, they breed in the moors of Exeter, Wales, Yorkshire and Northumberland, and in Sutherland in Scotland. Of the 350,000 birds that overwinter here, only 19,200 birds breed here. The rest return to northern Europe and Asia.

Greenshanks breed from Scotland to northern Europe and Asia in marshes, moors and wet grasslands. In the winter, they wait out the cold on mudflats such as ours across coastal and southern Europe, northern Africa, the Indian subcontinent and Australasia. Around 600 overwinter here, with a further 1400 passing through on their migration routes north and south, usually to Africa. A further 1100 actually breed across the British Isles. A few have just arrived at the basin in the last few weeks!

Redshank are returning to the Montrose Basin and hundreds can be seen hopping about the mudflats. They are widespread across temperate Eurasia whilst breeding; raising their young on rivers, wet grasslands, moors and estuaries. During the winter they live on coastlines from the British Isles southwards and in south Asia. In Britain, 48,000 birds breed here and 120,000 spend the winter. Redshank often migrate within the UK, so birds that breed in Scotland may overwinter in south-west England.

Knot overwinter here in Britain and France, with 60% of their population staying on estuaries across the British Isles. They depart between March and May (our Knot were last seen in March) and head to the high arctic via western Iceland. They then breed in northern Greenland and the Canadian arctic islands, as far west as Prince Patrick Island. 5 were spotted just yesterday from the Visitor Centre still in breeding plumage.

Though it is still summer, some waders have already started to return to the basin. These birds have either finished breeding for the year or did not breed at all. These numbers will swell dramatically in the next few weeks!

The BTO is a great source for more information on our waders.
– Sarah Woodfin, Visitor Centre Intern 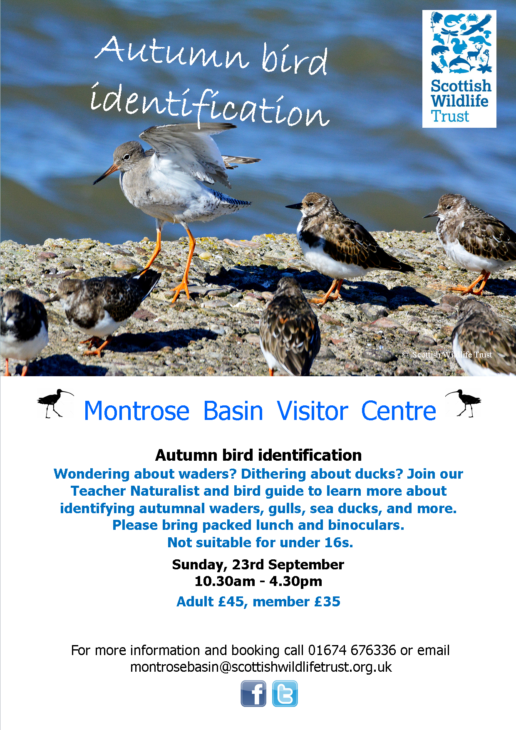 This week, we are still exploring where our waders go when they leave the Basin at the end of winter. The focus this time will be on the smaller waders, …