Living in coastal Scotland means that gulls are a regular sighting, whether you’re at Montrose Basin or in a city. It’s easy to fall into the trap of labeling all gulls as ‘seagulls’, but there are in fact 7 different species of gull that regularly breed in the UK, 6 of which are commonly found in Scotland. These are the herring gull, the black-headed gull, the lesser and great black-backed gulls, the common gull, and the kittiwake. Some birds which we think of as ‘seagulls’ are barely even associated with the sea at all, like the black-headed gull for instance!

‘Seagulls’ are seen so regularly (and often seen as a nuisance or even a danger in many cities), that it may come as a surprise to many to learn that all 7 species of UK breeding gulls are red- or amber-listed by the British Trust for Ornithology (BTO). Red-listed species are those which are globally threatened with populations having suffered recent rapid declines, and amber-listed species are those which have suffered moderate population declines, but have made a significant recovery. The gull that city-dwellers are maybe most familiar with – the herring gull – is RED-LISTED due to severe declines in breeding populations and ranges.

Gulls generally nest in inaccessible areas such as steep sea-cliffs or sand dunes, and this is perhaps why herring gulls and lesser black-backed gulls have increasingly been using roofs for nesting (much to the annoyance of some human residents). However, under the Wildlife and Countryside Act 1981, in Scotland it is illegal to recklessly injure any gull, or damage or prevent access to the nest. Nests may only be destroyed if the gulls have been proven to be spreading disease, significantly affecting other birds and agriculture, or harming the public. It’s a difficult thing to quantify. The best way to solve any issues caused by roof-nesting gulls is to discourage them from nesting there in the first place, but equally, it seems unwise to deliberately prevent this when their conservation is an issue. The best solution is to improve litter management and better maintain the natural habitats for gulls so they aren’t so tempted to take up residence in cities. The urban environment isn’t the friendliest place for gulls anyway, particularly when humans aren’t treating them with the kindness they deserve! They’ve been driven to cities because of our own failings, so maybe we should cut these misunderstood birds some slack…

So next time you see a gull, take the time to identify it and observe its behaviour. You can identify different gulls using this guide. Herring gulls can often be seen doing a little tap dance in the grass to bring worms to the surface. Black-headed gulls are quite a common sighting out of the visitor centre window at the moment at Montrose Basin, and great black-backed gulls are also entertaining to watch. The first time I saw an osprey here, it was stood on a perch eating a flatfish and was being watched unblinkingly by a pair of great black-backed gulls. Clearly they were interested in snatching the fish off of him – they’re very intimidating opportunists and looked like a couple of bullies trying to stare the osprey into submission! Not many birds have the guts to stand so close to a bird of prey like that, piscivorous or not. 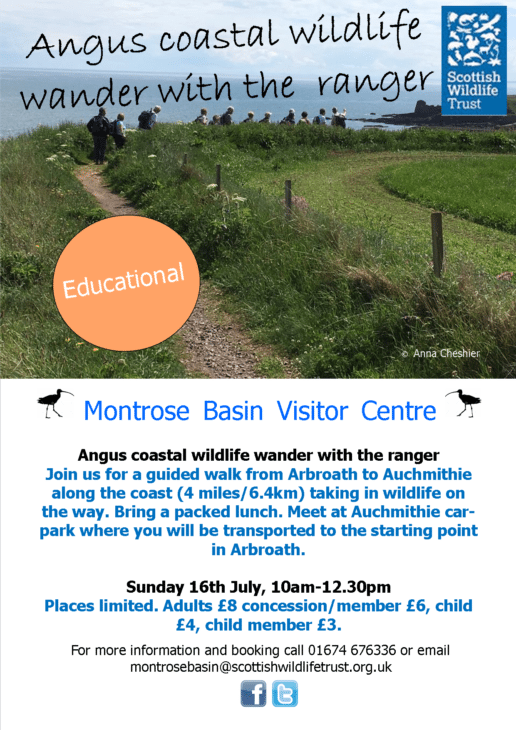 Living in coastal Scotland means that gulls are a regular sighting, whether you’re at Montrose Basin or in a city. It’s easy to fall into the trap of labeling all …