After such another lovely week of weather, today has been a bit of a damp squib!  Perfect weather for ducks you could say, so we thought we’d take this chance to look at a few of our regulars.

Here at Montrose Basin we are lucky enough to see a variety of duck species on the reserve.  The most common ducks we see here are Eider ducks, Somateria mollissima.  Eiders are large sea ducks rarely seen anywhere other than on the coastland and as their Latin name suggests they feed mainly on molluscs such as mussels as well as crabs and other invertebrates.

The male Eiders are a striking black and white colour with a green nape and a green-grey wedge shaped bill compared to the females which have a brown, barred plumage.  You may have spotted a few Eiders in the basin which look a bit different! These are young immature male Eiders; however as the summer progresses Eiders, like other ducks, go into what is known as eclipse plumage.  At this time these ducks are not able to fly so are at a higher risk of predation.

We have recently had a Tufted duck, Aythya fuligula, move into our U-shaped pond, the male has a distinctive tuft on its head which is where it gets its name comes from!  Tufted ducks are a species of the diving ducks, meaning they actively dive under the surface of the water to find food.  You may even see them bouncing back up to the surface like a cork! Tufted ducks feed on a variety of things including molluscs, crustaceans as well as plant material.

As some of you might remember, last year we had a visit from the BBC Countryfile team.  While the team were here they set up a duck nesting tube, which you can see from our viewing gallery, although there were no takers to the nesting tube last year, this year we can announce that a female mallard has taken up residence!

The Basin is a perfect habitat for ducks and throughout the year we will see a variety of species, so the next time you are in see how many different species you can spot! 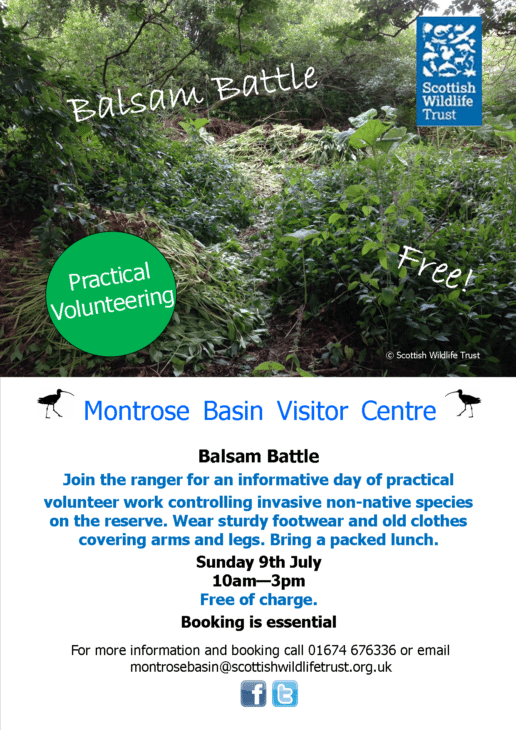 After such another lovely week of weather, today has been a bit of a damp squib!  Perfect weather for ducks you could say, so we thought we’d take this chance …