Yes, it is that time of year, when we start to ask that question. As looking on the calendar, I realised that it is the end of August, and it means also that I have been here since six months. It is quite unbelievable.

One morning we noticed that there were almost no terns on our raft and the chicks had fledged. This was probably the first time that I realised that summer is almost gone and autumn is coming. Our tern raft has been very successful this year. There were more than a hundred terns on it every day. Now, most of them are feeding up and preparing to depart for West Africa.

Also, the Sand Martin wall, which I liked to show visitors in the summer, has only a few birds left. They also started their migration to the South of Sahara. With about 25-30 nests, plenty of them raising two brood this year, it has been a good year for them, too.

This year, when I arrived in March, one of the most famous birds was the Kingfisher. We saw him every day at that time. Then spent the breeding season at the Lurgies part of the reserve and now he is back. Our visitors like him very much, when he is here, almost everybody watches him. Although we don’t see him every day now, I hope, he will be back every day this winter.

This time of year might be the last chance to see Ospreys here. This week, we saw two of them! All of their chicks have fledged now, but they still might be around here with their father, before they start their route to West Africa.

There was a bit of excitement in the centre recently, when the White-rumped Sandpiper was around. Members and Non-members came here to see it. It was hard to spot it, as it was feeding by Rossie spit. It took me a few attempts to see it in the telescope but at the end I could see something moving around. It is often mistaken with other sandpipers. The upper part of its body is dull grey- brown with white eye stripe. The main distinguishing feature is their white rump, which is visible during flight. We have also been lucky to see Curlew Sandpiper on Rossie spit and in front of the centre over the last few days.

There are already a few geese on the Basin, but I’m looking forward to the arrival of the Pink-footed geese in September, which will definitely be an amazing sight. 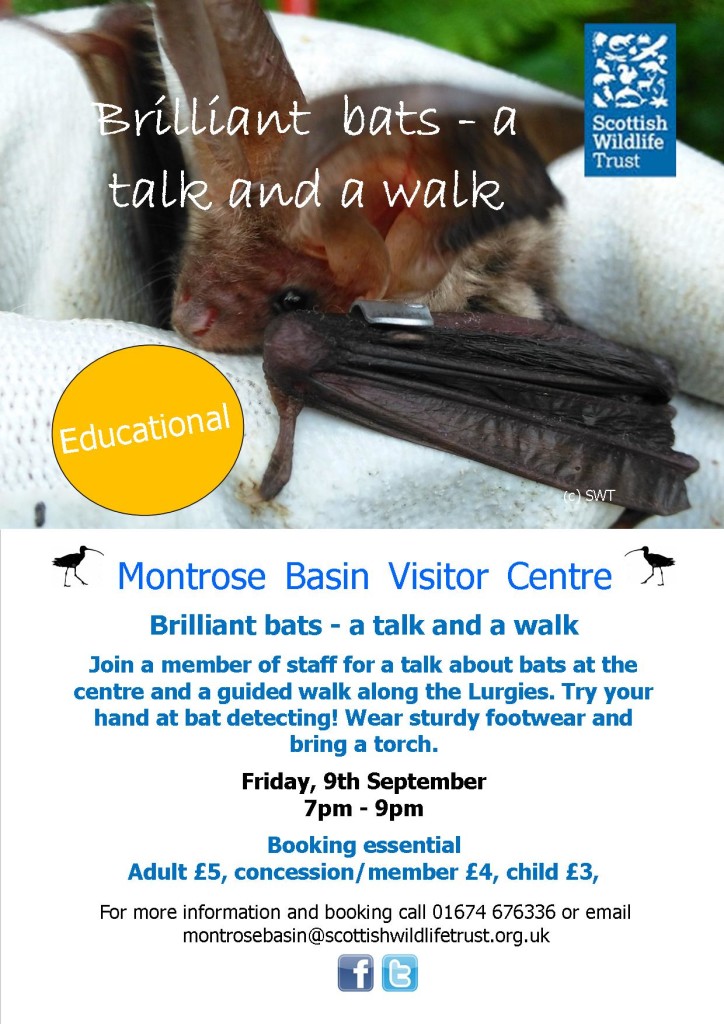 Yes, it is that time of year, when we start to ask that question. As looking on the calendar, I realised that it is the end of August, and it …