This is an honest blog and it’s all about me.

You would assume that an employee at a wildlife reserve would care about his job, I did not. I needed money, therefore I took whatever job I could, and this position was available. To add to that, when I first started at the Montrose Basin Visitor Centre, I felt like I was surrounded by very different people. Moth enthusiasts, bat-people, people interested in the differences between plants… and Birders. ‘Birders’ are avid bird watchers, some of whom travel very far distances and to remote locations to spot birds, from the rare to the beautiful. To me, they seemed far too over-enthusiastic. That’s genuinely what I thought.

HOWEVER (before you send hate mail) – my opinion has changed, and much to my surprise, I would now openly say that I… Benedict Murray, am a birder. If I was told I would be saying this 6 months ago, I would have laughed and asked for what they were drinking.

As it turns out, birding is more than just scratching another name off a list, and I don’t mind telling you on occasions – multiple occasions – I have felt the adrenaline pumping with anticipation and excitement when finally spotting a rare or peculiar bird.

One occasion stands out in particular, contributing to the change in my opinion of the hobby. Those of you who are members of the trust or follow the Basin’s social media will be familiar with the goings-on over the past few months. For those of you that don’t know, we had on our reserve a very rare bird – a Bittern. Hoards of birders from far and wide started arriving at the visitor centre to see this prehistoric looking ‘skulker’. This definitely peaked my curiosity, I mean, what is the big deal?…

The reason is – Bittern’s haven’t been spotted at the Basin for around 18 years. Not only that, they are evasive, elusive and extremely well camouflaged. Over the three/four weeks that the Bittern was resident at Montrose Basin, only around half of the visitors saw it – the rest, only saw a flash and then the reeds waving in the wind. The day I became part of that lucky half, I was manning the desk, welcoming in the visitors. I was listening to the rising sounds of excitement by the viewing window. The “ooooh is that it?” and the “no… just reeds.” This continued until there was crescendo of ‘oh my god its there!. I raced to the window and I saw. Dear god, it was weird, all long legged and prehistoric looking, standing in the open with the sun beating down on it. After the build up of the crowd and weeks of waiting, it was finally there in front of me. I couldn’t believe my eyes, it almost felt a little surreal. It was then that I knew what I’d become. The shame…  or so I first thought.

Back when I started, I had little knowledge about birds and therefore it was part of my job to learn the species whose home or seasonal break is at the Basin. I needed to know so I could teach and assist visitors with bird identification. This seemed, at first, mundane and tedious – it felt a waste of time. Then I learned about the resident Kingfisher and his mate. Did you know, that the difference between the male and the female Kingfisher can be determined by their bill colour? The female appears to be wearing lipstick. She has an orange lower mandible, while the males bill is entirely black. That might not seem mind blowing, but when I began to teach others about this, their faces lit up with interest, and something began to stir within me. This began to happen more and more, and with everything I learned and taught to another, the greater my interest became.

Researching for my previous blog fascinated me immensely and perhaps was a defining moment. Realising the similarity in mating behaviour, rituals and evolutionary biology between bird and man absolutely enthralled me. There was so much I didn’t know before, and there is so much I wanted to learn! I was enthused like a child climbing a tree.

The point of this blog was not to ruffle feathers. It was to give an honest account of my experience working at the Basin, what I have learned and how my perspective has changed. As I’ve already said, I never would have envisaged myself talking about ‘feathered’ birds at dinner parties or in a bar with my friends, but somehow, it has become a part of me – a part I am becoming increasingly proud and passionate about. I take pride in my work at the Basin and I genuinely care about making a difference for wildlife – even something as little a filling the birds feeders.

I’ve learned a lot working at the Basin. I’ve learned over 50 birds species, the mating calls and behaviour of wildfowl. I’ve learned that I’m amazing with a sledge hammer (see future blog on pond), and the thrill of seeing creatures thrive directly because of my help. I’ve also learned a lot about myself in 6 months. I’ve realised that I can be too swift to judge, without taking a closer look. I love learning and I love to teach people.

The most important thing I have learned, is that I need nature. We all do. Without opening a can of worms or another blog – nature is absolutely critical to the survival of us all. I invite you, the reader, to bring your friends and family and give birding a go. Like myself, you might come and be surprised. You may love it, you may hate it – but I guarantee you won’t regret giving it a try.

If you really enjoy your experience at the Basin and appreciate the work that the Scottish Wildlife Trust does for our wildlife, I highly recommend becoming a member.

Click the link below to see our events guide.

Our next event is Wild about the Basin 30th March. 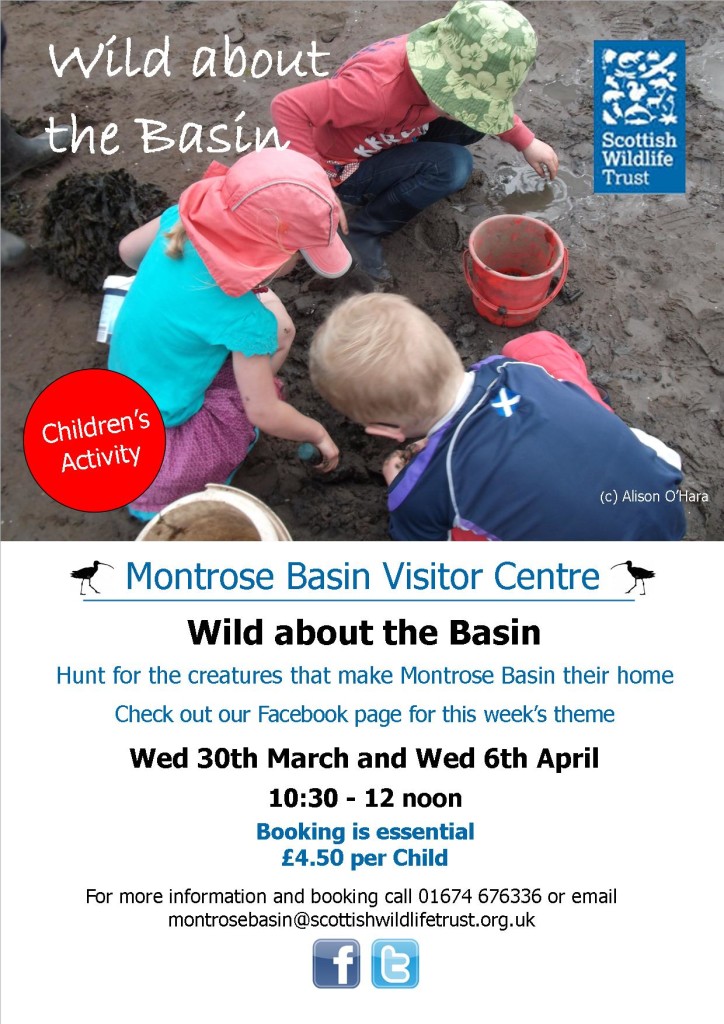 This is an honest blog and it’s all about me. You would assume that an employee at a wildlife reserve would care about his job, I did not. I needed …