Don’t let the weather fool you – spring is well and truly under way, which means that our summer migrants are coming back to Montrose Basin.

One such bird is the Sand Martin. It’s tendency to breed along rivers makes Montrose Basin a prime location for Sand Martin, and in 2001 we built an artificial nesting bank fit for their breeding needs. In the past, we have seen over one hundred at one time and we are just beginning to see this year’s Sand Martins arrive on the reserve, with many sightings at the Bridge of Dun. They sometimes return as early as March, but they, along with many other migratory birds, have been behind schedule this year! Sand Martin’s are the lightest of the Martin family; an adult male weighs less than a £2 coin!

In the past, our Sand Martins have been followed closely by Swallows. Nesting on ledges and beams in the top of buildings, sheds and also under bridges. Here at Montrose Basin, we often find Swallows nesting in nooks and crannies on the edge of our Visitor Centre. There was much folklore surrounding Swallows; seeing the first Swallow of the year was considered a good omen, and before migration was understood, it was thought that Swallows spent the winter buried in the mud of ponds and lakes!

Another summer migrant which is often mistaken for members of the Swallow and Martin family are Swifts. Despite being bigger than both the Sand Martin and Swallow, all three are most commonly seen on the wing travelling at very high speeds and can therefore be difficult to identify. Swifts even sleep on the wing, appearing motionless at 10,000 feet. What a sight that must be!

Don’t forget to attend our Optics Fair this weekend at the Montrose Basin Visitor Centre. From 10:30 am until  4 pm, an Opticron representative will be on hand to advise you about a wide selection of binoculars and telescopes. 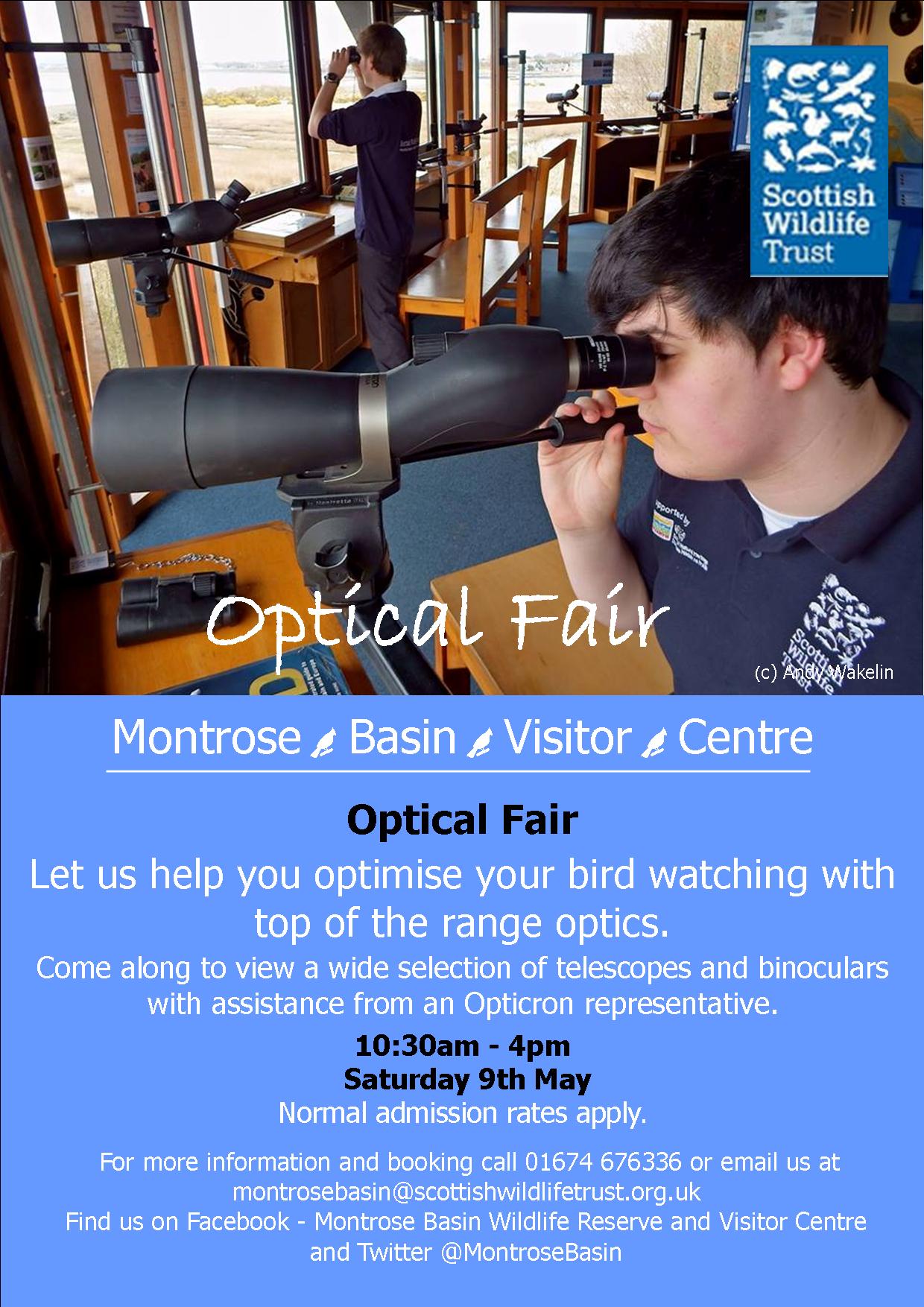 Don’t let the weather fool you – spring is well and truly under way, which means that our summer migrants are coming back to Montrose Basin. One such bird is …