In Laura’s latest blog she talked about the Ranger team’s search for rare plants on the reserve. This task also provided the perfect opportunity to admire some of the common species currently flowering on the reserve. The white blooms of bird cherry and wood sorrel were certainly at their best however, one of my favourite plants at the moment is, moschatel Adoxa moschatellina.  Don’t feel silly if you suddenly put on a French accent when pronouncing moschatel as the name derives from the French moscatelle which itself is linked to the word moscata meaning ‘musk’.   Moschatel is quite unique as the flowers are spaced on five sides of the flowering stem which is where the local name of townhall clock comes from. 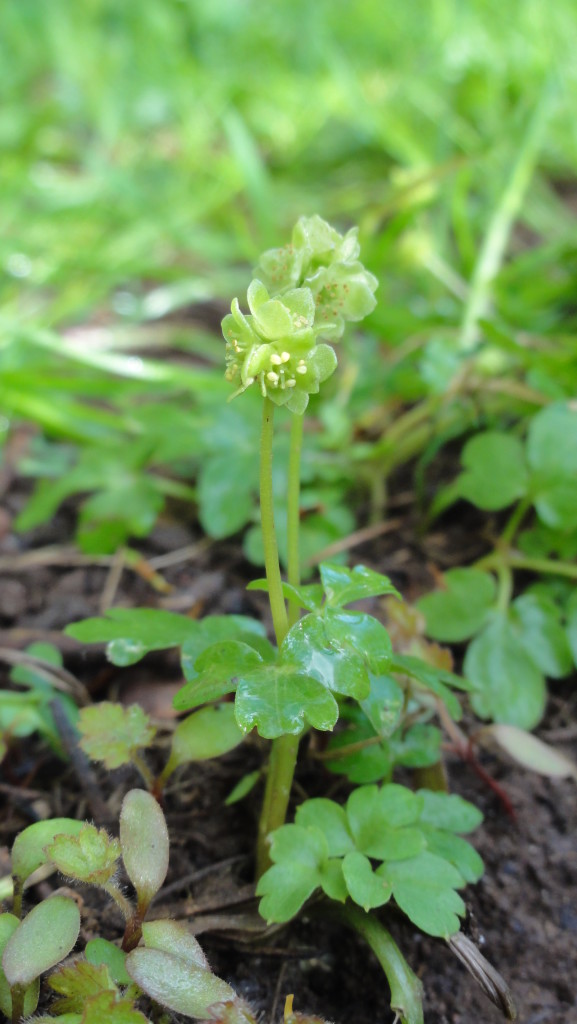 On the migrant bird front our first common sandpiper of the year was recorded upstream from Bonnington Weir (28th) with another bird observed from the Visitor Centre (1st). Rain during the middle part of the week brought ‘air plankton’ to lower altitudes resulting in a feeding frenzy of c.70 swallow and sand martin over the River Clyde (Bonnington Weir, 28th). The first garden warbler of the year was found in scrub near Corra Linn (1st). Single pairs of canada geese and teal were seen early doors upstream of Bonnington Weir (1st).

A number of low pressures systems are predicted to pass through the United Kingdom during the next week. None of the pressure systems quite reach mainland Europe which would drag a greater number of birds across the North Sea, therefore in terms of migrant birds it could be a slow week. However the urge to get to breeding grounds is strong at this time of year so I’d suggest visitors should keep their eyes open for the first swift of the year.

Hi, In Laura’s latest blog she talked about the Ranger team’s search for rare plants on the reserve. This task also provided the perfect opportunity to admire some of the …