So we’ve reached my favourite time of the year when a walk through the woods produces views of fresh green leaves, bluebell and greater stitchwort form a skyscape on the woodland floor and a cacophony of bird song fills the air. 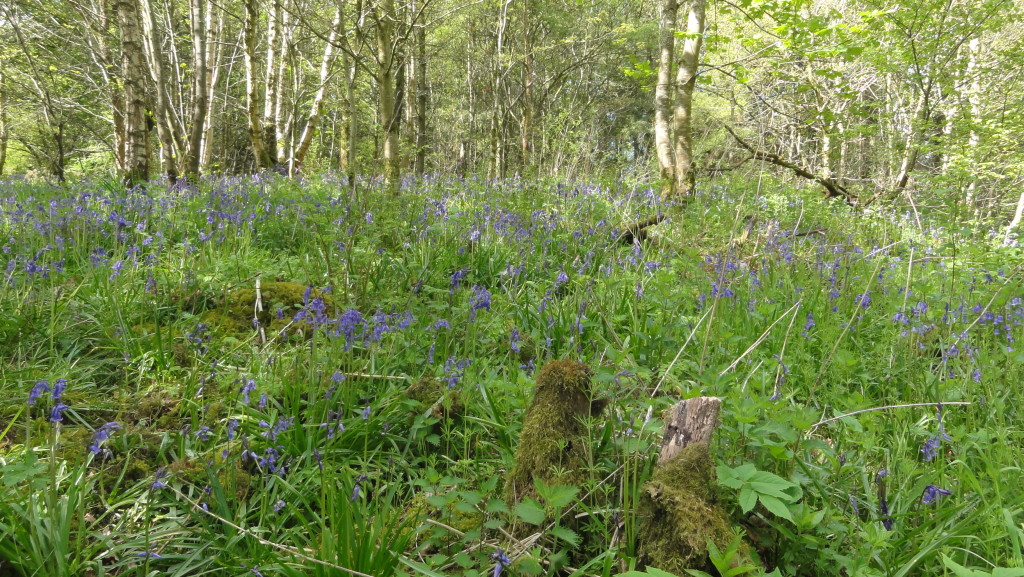 Young dipper were very vocal in the Peregrine Watch nest with the adults seen frequently feeding their hungry offspring on the peregrine webcam. At nearby Bonnington Linn a pair of common sandpiper and family of grey wagtail could be observed feeding on exposed rock (20th).

Spotted flycatcher arrived in good numbers with at least four singing birds spread across the reserve by the week’s end. Swift passage continued with frequent sightings from the Visitor Centre. A search for the predicted sedge warbler upstream of Bonnington Weir produced no return.

It was a great week for amphibian sightings with the first record of palmate newt in the tree nursery pond alongside a handful of common frog. Toads could be heard croaking in the River Clyde from the boardwalk (23rd).

Hi, So we’ve reached my favourite time of the year when a walk through the woods produces views of fresh green leaves, bluebell and greater stitchwort form a skyscape on …