What is Himalayan Balsam?

Introduced to the UK in 1839, Himalayan Balsam is now a naturalised plant, found especially on riverbanks and wetlands where it has become a problem weed. Himalayan Balsam tolerates low light levels and also shades out other vegetation, gradually impoverishing habitats by killing off other plants. It is sometimes seen in gardens, either uninvited or grown deliberately, but care must be taken to ensure that it does not escape into the wild.

Himalayan Balsam is a tall growing annual, 2-3m (6-10ft) in height. Between June and October it produces clusters of purplish pink (or rarely white) helmet-shaped flowers. The flowers are followed by seed pods that open explosively when ripe. 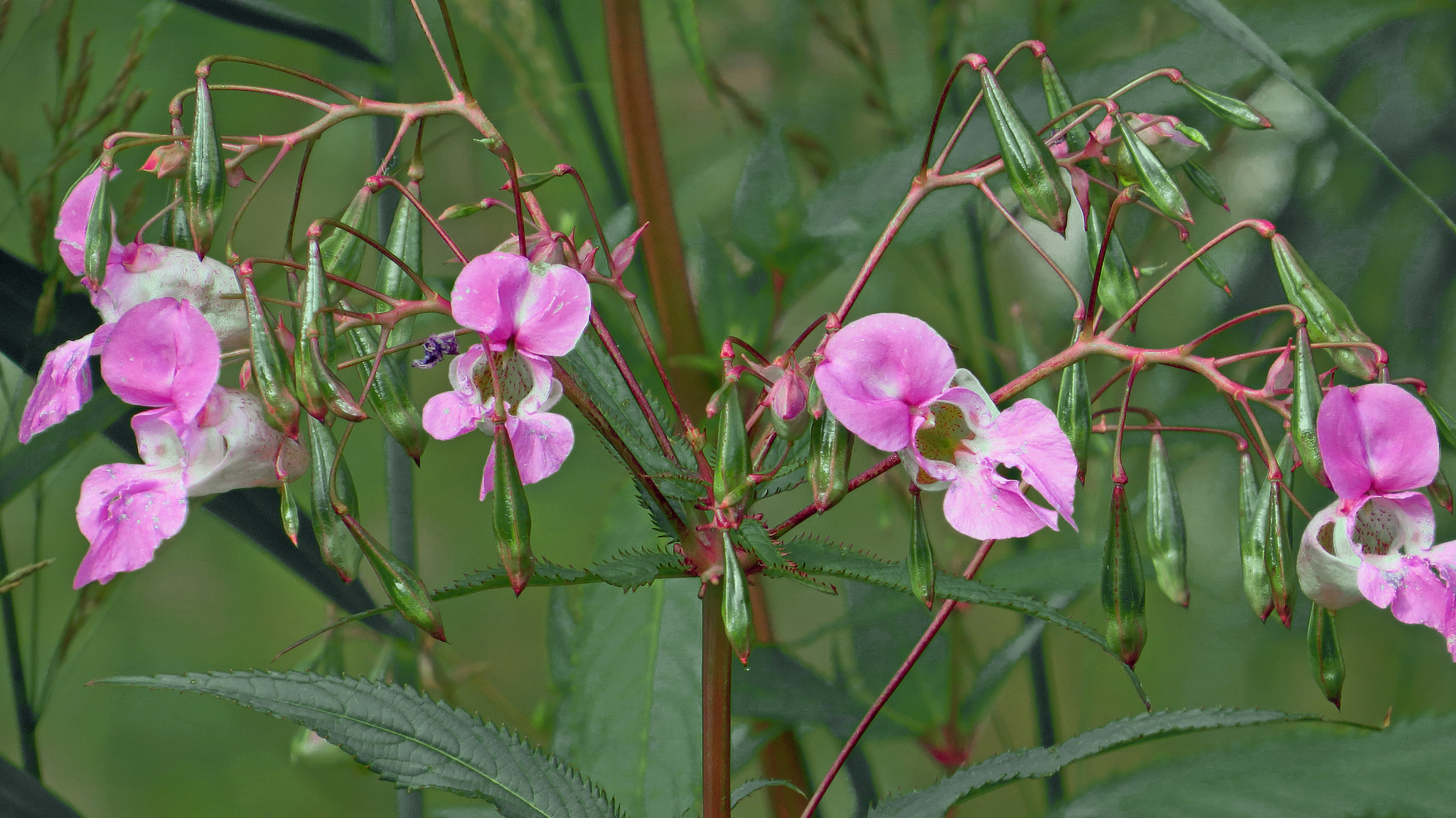 Each plant can produce up to 800 seeds. These are dispersed widely as the ripe pods eject their seeds, the explosion is incredibly robust; seeds from one pod can cover as much as 23 feet (7 meters).

The plant is spread by two principal means;

Plants that out compete other more desirable plants or simply invade half the garden are classed as weeds and require control. This can be done using non-chemical means such as pulling or digging out, or suppressing with mulch.

What not to do.

So if you come across Himalayan Balsam, don’t disturb the pods. Not only will you help it spread, you might get blasted by the ‘grenade’ pods.

What to do & How you can help?

This 25 May will be our ‘Balsam BBQ’ event from 1pm to 5pm, join the ranger for an informative day of practical volunteer work controlling this invasive non-native species on the reserve. Followed by a well earned BBQ! For more information on the ‘Balsam BBQ’ event: Facebook Balsam BBQ Event!

Balsam BBQ Event! 25 May 1pm – 5pm What is Himalayan Balsam? Introduced to the UK in 1839, Himalayan Balsam is now a naturalised plant, found especially on riverbanks and …

18 May 2015
Events and activities - Invasive species - Plants and Wildflowers