They say one swallow doesn’t make a summer so when a single bird flew over the boardwalk on the 9th I tried not to get too excited, however on the 11th numbers increased with a small flock busy hawking over the River Clyde next to the visitor centre in the company of the reserve’s first sand martins of the year. 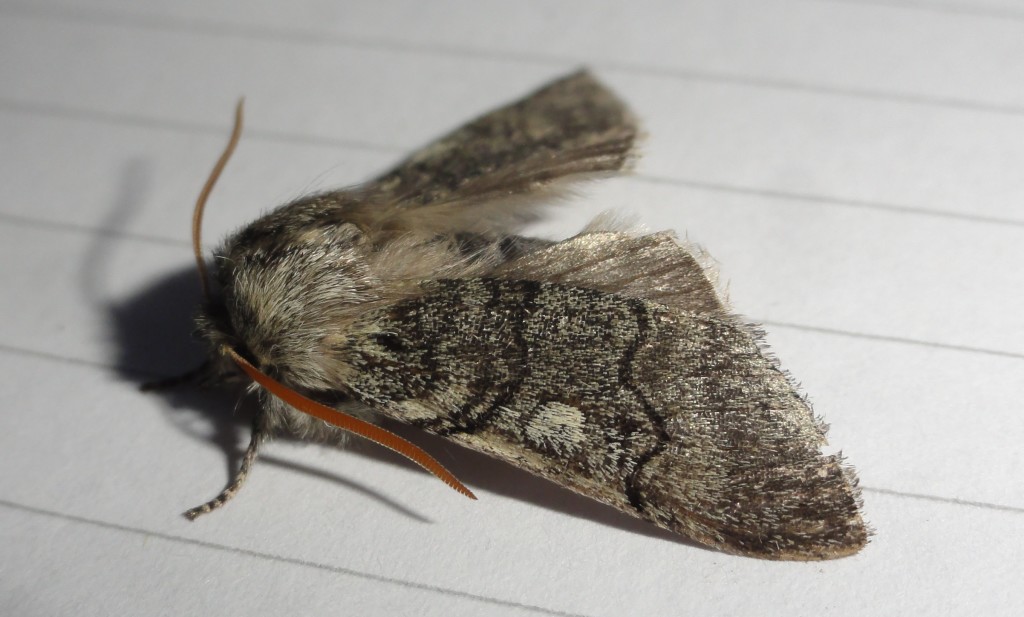 Yellow horned moth was one of the highlights from moth trapping on the reserve this week.

Three peregrine falcons were observed from the watchpoint on the 11th, our pair giving away the presence of an intruder through gazing upwards and the male bird emitting a clucking call. Interestingly our pair made no attempt to mob the interloper who drifted off without any confrontation.

Other interesting sightings from the past week included, a Nuthatch around the Hall of Mirrors and male Yellowhammers singing near Bonnington weir.

With the current weather forecast not looking fantastic for visible bird migration I’d suggest visitors should look out for nest building long-tailed tit. Triggered by increasing day length and generally warmer temperatures this skilful builder is currently busy collecting moss, lichen and spiders webs to make a rather delicate and well camouflaged domed nest which is lined with a mass of feathers.

Hi, They say one swallow doesn’t make a summer so when a single bird flew over the boardwalk on the 9th I tried not to get too excited, however on …