Due to the cold weather everything has had a late start this year. The wildflowers that can usually be seen in the woodland have not emerged yet, but we’re hopeful that they’ll come out in the next couple of weeks. In preparation of this we’ve put up our Woodland Wildflower Trail, which has information about the different flowers that you can see along the boardwalk. Among other things find out about the folklore behind the flowers and how they were used in medicine in the past.

Here are a couple of examples of what you’ll see this season at the Falls of Clyde: 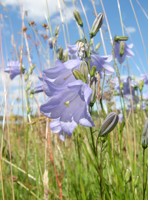 In Roman Catholic communities, the harebell is dedicated to Saint Dominic.

In the past this plant was believed to be used by witches to transform themselves into rabbits. 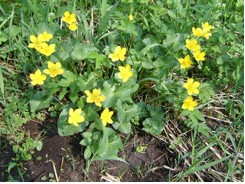 A common name for this plant is ‘Kingcup’ which is derived from the old English ‘cop’ meaning button or stud such as the King would wear.

They were hung over byres of cattle on May Day to protect them from the evil doings of fairies or witches.

Due to the cold weather everything has had a late start this year. The wildflowers that can usually be seen in the woodland have not emerged yet, but we’re hopeful …