Number of reserves per local authority

Scottish Wildlife Trust reserves occur within 28 of 33 local authorities in Scotland. With 11 reserves, Fife is at the top of the list.

Did you know that 90% of the Scottish population live within ten miles of a Scottish Wildlife Trust reserve? 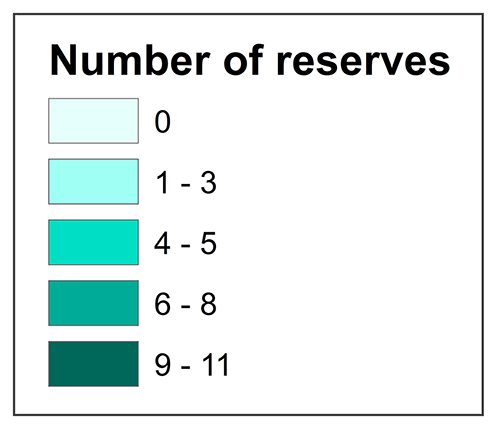 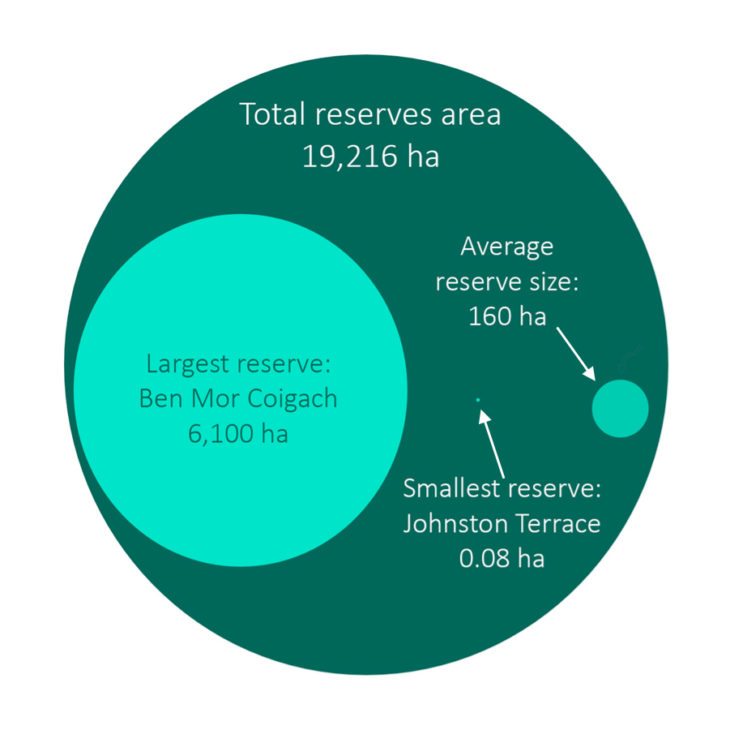 With a total area of nearly 20,000 hectares, our reserves vary greatly in their size.

This visualisation depicts the relative size of our largest and smallest reserves compared to the total area and average size.

DID YOU KNOW: Johnston Terrace Garden, the Trust’s smallest reserve, is located in the heart of Edinburgh’s Old Town. At just 0.08 hectares, it is about the size of three tennis courts!

As well as being Scottish Wildlife Trust reserves, many of our reserves have other designations.

The two wordcloud illustrations below show the top 100 recorded species on the Trust’s reserves (top) and the protected species recorded on the reserves (bottom). The larger the font, the more frequent the species is recorded. Please note that these are based on digitised data on the reserves. Do you think that some species are under-represented? Send us your recording! 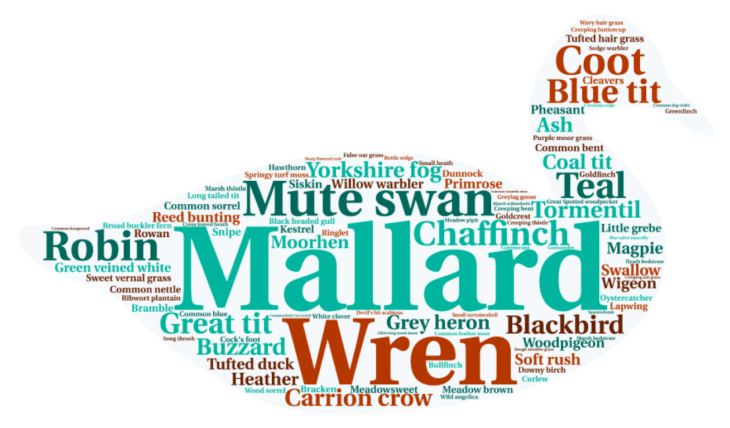 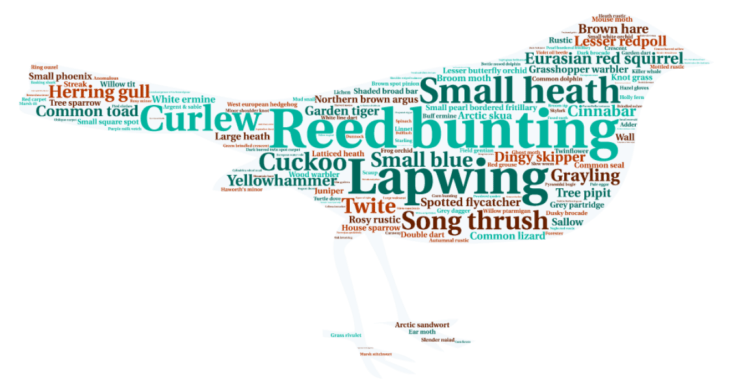 Where in the world?

The Trust has more than 40,000 dedicated and passionate members. As you may expect, the majority of these live in Scotland, but we also have members from as far afield as Oman, Australia and Japan! In fact, we have members in 24 other countries across the globe.

The City of Edinburgh followed by Perthshire and Kinross and Fife have the highest number of members in the UK. Click on the link below to explore an interactive map of the members’ whereabouts in the world!