The Scottish Wildlife Trust is urging the Scottish Government’s Cabinet Secretary for the Rural Economy Fergus Ewing to reconsider his decision not to support a ban on the use of three neonicotinoid insecticides (neonics) due to their harmful effects on bees and other wild pollinators. 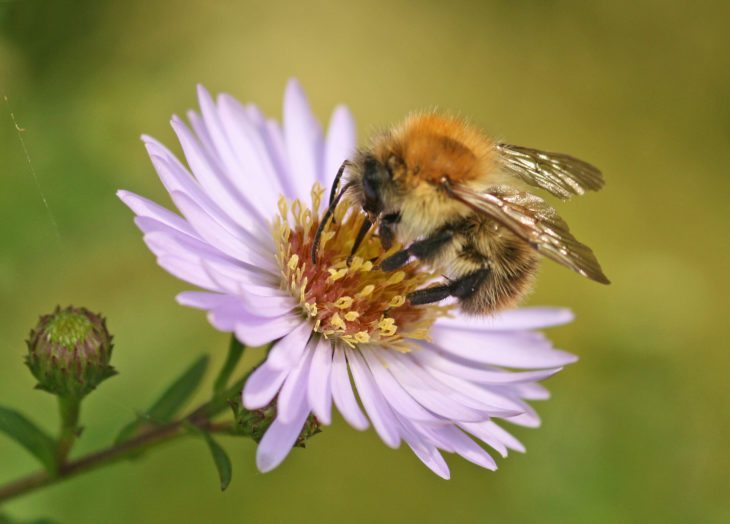 While the UK Environment Secretary Michael Gove has announced today (9 November 2017) that he supports further restrictions on the use of these pesticides, Fergus Ewing has called for further evidence before any decision is made.

Jonny Hughes, Chief Executive of the Scottish Wildlife said, “Today’s statement from the Cabinet Secretary in response to Michael Gove’s welcome announcement is disappointing given the overwhelming and increasing amount of evidence showing the harm this class of pesticides cause to pollinators.

“This evidence includes a comprehensive study of neonics, carried out by the IUCN Task Force on Systemic Pesticides, which looked at 1,121 studies which concluded that there are significant unintended negative ecological consequences of large-scale use of insecticides.

“The Scottish Government has been sitting on the fence on this issue for too many years. Scotland now needs to get off the fence and show some leadership to protect our pollinators. Equally, while we welcome Michael Gove’s announcement that the UK will back further restrictions on the use of these damaging chemicals within the European Union it’s important to realise this would stop short of the outright ban that the Scottish Wildlife Trust is calling for.

“The harm caused to insects by neonicotinoids is not just a problem for our wildlife. Crop pollination is a service that has an estimated value of £43 million per year to Scotland’s economy. In addition to banning the most harmful insecticides, we need to see more support for an integrated approach to pest management, where the use of pesticides is minimised while allowing farmers to grow healthy crops.”

The Trust has been calling for an outright ban on pesticides containing the neonicotinoid chemicals clothianidin, imidacloprid and thiamethoxam since 2012. Since that time many scientific studies have shown the negative effects on these chemicals on both honeybees and wild pollinators such as bumblebees, butterflies and solitary bees.

Back in 2015, the IUCN Task Force on Systemic Pesticides carried out a comprehensive Worldwide Integrated Assessment and concluded that “large-scale use of systemic insecticides is having significant unintended negative ecological consequences”.