The International Union for Conservation of Nature has launched a global initiative which aims to create greener, more liveable cities that will improve the health, well-being and prosperity of people living in urban areas with support from Arcadia, a charitable fund of Lisbet Rausing and Peter Baldwin. The IUCN Urban Nature Alliance will be hosted by the Trust in Edinburgh. 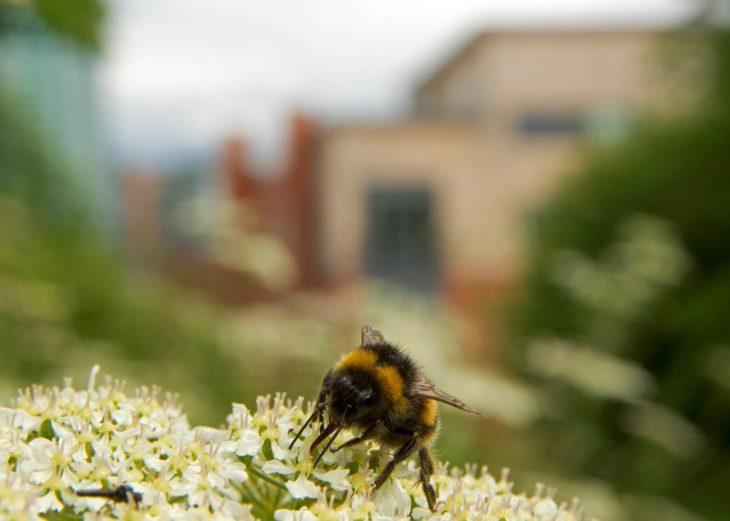 “We are now an urban animal for the first time in human history but we are still failing to design our cities in a way which incorporates nature,” says Jonny Hughes, Chair of the new Alliance and Chief Executive of the Scottish Wildlife Trust. “Cities need nature more than ever as we face up to a rapidly changing climate and nothing short of a green design revolution is likely to make this happen.

“The IUCN Urban Nature Alliance will help drive the change required by developing a standard index against which any city in the world will be able to assess and monitor the health of their green infrastructure, water and other natural capital assets.”

The new Alliance will raise awareness of the value of ecosystems in urban areas, and of how these ecosystems can help address urban challenges including air pollution, flooding and health problems caused by lack of access to quality green spaces. It will also develop a City Nature Index, providing a standardised way for cities to measure the quality of their underlying stock of natural resources – known as ‘natural capital’. This Index will be piloted in five cities, including Edinburgh, and will be available for use by governments, civil society and researchers.

“By 2050, over two-thirds of the human population will be living in cities,” says IUCN Director General Inger Andersen. “Nature can help shelter urban dwellers from the worst impacts of climate change and enable them to lead healthy, fulfilling lives. The new IUCN Urban Nature Alliance will help carve out more space for nature in urban areas, and accelerate the move towards green, liveable cities that are urgently needed across the globe. We are delighted to be working with the Scottish Wildlife Trust on this important project and express our sincere appreciation to the Arcadia Fund.”

Urban areas are disproportionately affected by the impacts of environmental change including flooding, storm surges, air and water pollution, and ‘heat-island’ effects, where the built environment is warmer than surrounding rural areas. There is growing evidence that conserving, restoring and enhancing green infrastructure such as urban forests, green walls and roofs, and urban wetlands can have multiple benefits to people. These include improved physical health and well-being, reducing the risk of flooding, and both cleaner air and water.

The IUCN Urban Nature Alliance will bring together international experts from a range of backgrounds including governments, charities, academic institutions and business associations. The Alliance is supported by a generous grant from Arcadia, a charitable fund of Lisbet Rausing and Peter Baldwin.

The International Union for Conservation of Nature has launched a global initiative which aims to create greener, more liveable cities that will improve the health, well-being and prosperity of people …