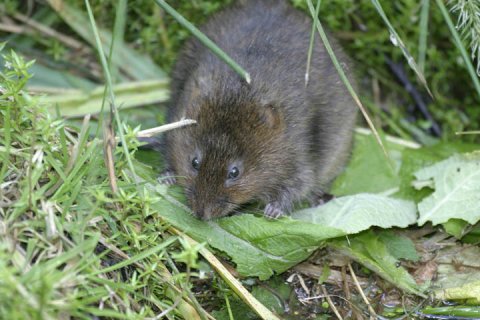 economically important populations of salmon, water voles, and ground nesting birds like greenshank and lapwing, by creating a safe haven free of American mink in north Scotland is set to commence in April, it was announced today (1 February 2011).

Thanks to support from funders including Cairngorms, Highland, Moray, Rural Aberdeenshire and Rural Tayside LEADER Programmes 2007 and Scottish Natural Heritage (SNH) through the Species Action Framework, over £920,000 has now been raised to get the partnership initiative between Rivers and Fisheries Trusts of Scotland (RAFTS), Scottish Wildlife Trust, the University of Aberdeen, SNH and more than 16 other organisations, off the ground.

Led by a project coordinator, the project will build on previous projects and is set to appoint four regionally-based community officers covering the Highlands, rural Aberdeenshire, rural Tayside, and Moray and the Cairngorms.

Chris Horrill, Project Development Manager for Rivers and Fisheries Trusts of Scotland (RAFTS), said:  “There are sound conservation and socio-economic aims behind our initiative.  This work must be carried out if we are to protect Scotland’s native wildlife and the communities and economies which rely on a thriving natural environment. 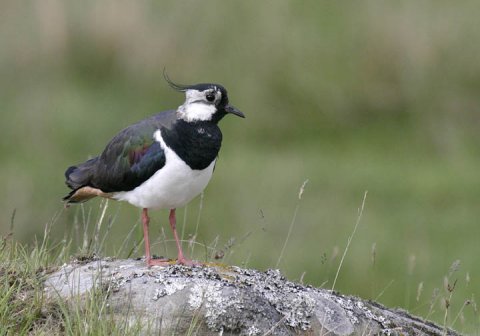 “Invasive non-native species, like the American mink, damage our environment and the economy.  In north Scotland, an area which relies heavily on sustainable angling and shooting industries as well as wildlife tourism, we can’t afford to take the risk of losing parts of our biodiversity.

Rob Raynor, SNH’s species adviser and member of the project said: “This exciting project is the first stage of a strategic approach to managing the spread of mink in mainland Scotland and SNH is happy to be providing substantial financial support.

“By building on previous successes in the Cairngorms and north east Scotland, the project will establish a strategic monitoring and control zone across the north, extending from the mid-Tay to the South Esk, around the east coast to the River Nairn, and across from Dornoch and Cromarty on the east to Ullapool on the west.  As we gradually establish areas free from mink, we hope to eventually expand the zone southwards in future.

“The strategy relies on the involvement of volunteers and the local rivers & fisheries trusts, with their network of ghillies, water bailiffs and gamekeepers, who we believe are central to making this initiative a success.”

Paul Gallagher, Habitats and Species Officer for the Scottish Wildlife Trust, added:  “This 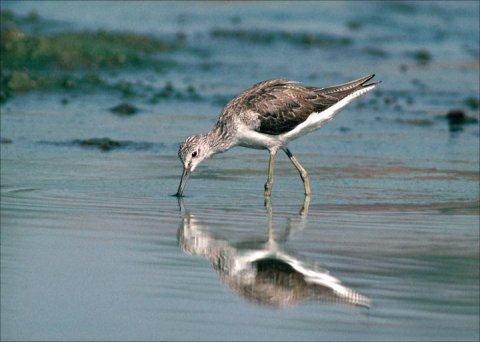 project will monitor the movements of the mink population using mink rafts to identify their footprints and hopes to maintain mink-free zones by strategically undertaking the minimum amount of control necessary and prevent further spread of American mink across the Highlands.  Establishing an alert system, made up of local land owners and volunteers, to ensure we can respond to animal movements in our target areas is essential to our success.  Animal welfare considerations will be paramount to our operations.

“The American mink is a non-native predator which, through its hunting of water voles, salmon, and bird eggs and chicks, contributes to the loss of Scotland’s biodiversity.  The decline or loss of these species could also impact negatively on local economies which depend on angling, shooting, or wildlife tourism.

“This initiative is as much about economic concerns as it is about ecological responsibility.  We are working to protect people’s livelihoods as well as our native wildlife.”

The strategic control of North American Mink in Northern Scotland is a partnership initiative between Rivers and Fisheries Trusts of Scotland (RAFTS), Scottish Wildlife Trust, the University of Aberdeen, Scottish Natural Heritage, and more than 16 other organisations.  The three-year initiative aims to protect nationally significant populations of water voles, salmonids, ground nesting birds, and other riparian biodiversity by establishing a sustainable management framework to create and maintain an area free of breeding mink in northern Scotland.

The Species Action Framework, launched in 2007 by Ministers, sets out a strategic approach to species management in Scotland. In addition, 32 species have been identified as the focus of new management action for five years from 2007.  SNH works with a range of partners in developing this work and further information can be found at  www.snh.gov.uk/speciesactionframework
The Scottish Wildlife Trust is the largest voluntary body working for all the wildlife of Scotland, representing more than 36,000 members who care for wildlife and the environment. The Scottish Wildlife Trust seeks to raise public awareness of threatened habitats and species and manages over 120 reserves Scotland-wide.

The University of Aberdeen has been at the forefront of teaching, learning and discovery for 500 years. Our research addresses many of today's global challenges and brings together world leading scientists from different disciplines to tackle issues such as environmental sustainability.

Scottish Natural Heritage (SNH) is the Scottish Government’s statutory advisor on the conservation, enhancement, enjoyment, understanding and sustainable use of the natural heritage. For further information on SNH, please visit www.snh.gov.uk.  SNH is a funding partner of the project.

The project team is in the process of recruiting staff.  Further details about these vacancies can be found at www.rafts.org.uk/rafts/vacancies.

A new wildlife conservation initiative aiming to protect nationally significant and economically important populations of salmon, water voles, and ground nesting birds like greenshank and lapwing, by creating a safe …