The Trust is happy to announce members of its Moray Wildlife Watch Group will appear on BBC’s Landward programme this Friday at 7.30pm. 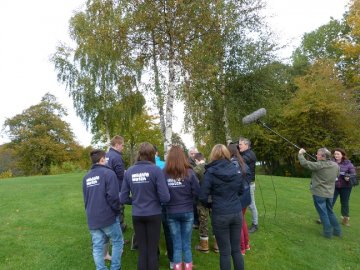 BBC’s Landward joined the Moray Watch group during a training session with Scottish Wildcat Action.  Scottish Wildcat Action is the first national conservation project to save this species. This is a multi-million-pound project that represents the expertise of all the most respected wildcat experts in Scotland from over 20 partner organisations, including the Scottish Wildlife Trust. The young nature enthusiasts learned aspects of wildcat conservation such as the threats to wildcats, identification and camera trapping techniques.

The Scottish Wildlife Trust’s People and Wildlife Officer, Donna Mathieson, said: “The Moray Wildlife Watch is a really special story. These kids have grown up attending Wildlife Watch meetings and have found a love of the natural world. Now, as teenagers, they want to continue and be the conservationists of the future.

“Moray Wildlife Watch are the only group of its kind in Scotland. There are no other networks catering for teenage conservationists. The Scottish Wildlife Trust would love to host more of these groups but we need people to volunteer as Wildlife Watch Leaders.” 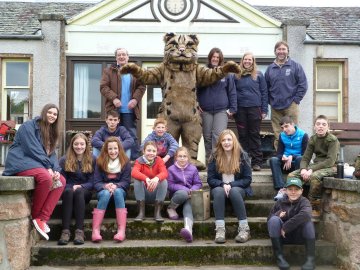 Scottish Wildcat Action Project Officer, Emma Rawling said: “It was fantastic to work with these young folk. We’re using this technique of camera trapping to help protect the Scottish wildcat and it’s great to get the next generation interested in practical conservation like this. Hopefully, future generations will still see Scottish wildcats as a result of this work.”

The Trust is happy to announce members of its Moray Wildlife Watch Group will appear on BBC’s Landward programme this Friday at 7.30pm. Wildlife Watch groups are the network of children's …