A coalition of environmental groups which is campaigning to save Coul Links has called on the First Minister to step in to save one of Scotland’s last remaining intact dune habitats.

Highland Council decided today to defer its decision on plans for a golf course on the internationally important dune habitats  near Embo in East Sutherland due to a technicality. 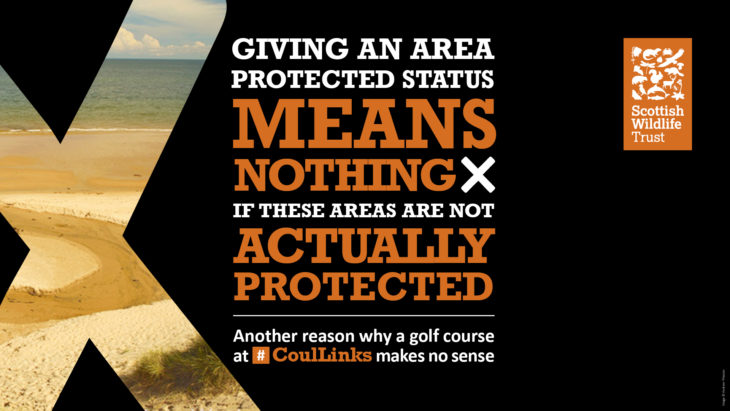 However, no councillors moved to refuse planning permission and to protect the important wildlife and habitats found at the site, and the Council is expected to approve the application in around two weeks’ time.

The coalition of environmental groups, made up of Buglife, Butterfly Conservation Scotland, Marine Conservation Society, National Trust for Scotland, Plantlife, RSPB Scotland and the Scottish Wildlife Trust, has written an open letter to the First Minister calling on her to use her powers to urgently call in the application. 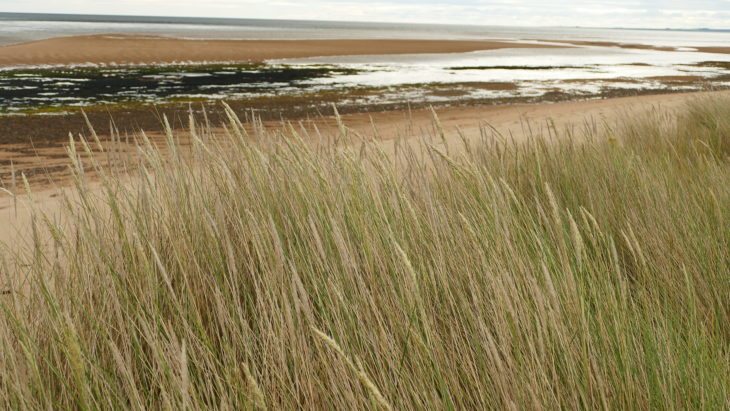 “Coul Links is now an important test of whether Scottish Ministers intend to uphold the international environmental standards that they have committed to. We urge them to call in the application, to ensure Coul Links is safeguarded for wildlife and people, both now and in the future.”

Jonny Hughes, Chief Executive of the Scottish Wildlife Trust said: “Today’s decision to defer the decision on Coul Links is very disappointing as we believe the application should never have been allowed to get this far.

“Today is World Environment Day and we urge the Scottish Government to use its powers to review this decision and refuse it as quickly as possible, on the grounds that this golf course will do irrevocable damage to an internationally important site. Doing so would demonstrate commitment to protecting Scotland’s natural environment, and show that lessons have been learned from the damage done to Foveran Links by the disastrous Trump International Links development.”

Craig Macadam, Conservation Director of Buglife said: “If approved these plans will threaten the unique assemblage of plants and animals that call Coul Links home. Once these habitats and the species that live there are lost, there is no second chance. Scottish Ministers must call in this application to ensure that the wildlife of these dunes are saved for future generations.”

Stuart Brooks, Head of Natural Heritage Policy for the National Trust for Scotland said: “World Environment Day should be a day for celebrating Scotland’s world class natural heritage that benefits everyone, not a day for lamenting its loss to short term economic gain for the few. We believe the Scottish Government should take action to save this important site for everyone.”

Alistair Whyte, Head of Plantlife Scotland said: “We cannot underestimate the severity of the situation should the development plans be approved. We are on the brink of seeing the devastation of a globally important Scottish dune system and with it its precious wildflower habitat, never to return.

We implore Scottish Ministers to call in this application to save Coul Links once and for all and to ensure the survival of one of Scotland’s last remaining dune sites and the wildflowers that depend on it, is preserved for wildlife and for future generations to enjoy.”

The plans for the golf course at Coul Links had been recommended for refusal by Highland Council officials as they are contrary to the local development plan due to the “significant and permanent loss of sand dune habitat”. Their report also highlighted that “…Coul Links supports some of the best quality SSSI dune slack habitats in Scotland”.

The proposal has received an unprecedented level of opposition with over 1,500 objections lodged with Highland Council, and one petition gaining over 89,000 signatures. Objectors included many local people and local groups such as Tain and District Field Club and local campaign group Not Coul, as well as Scotland’s statutory nature conservation advisors Scottish Natural Heritage, the IUCN World Commission on Protected Areas, and numerous national environmental groups.