Scotland’s wild beaver population has been successfully reinforced by the introduction of three new animals to Knapdale Forest in Argyll.

The beavers, of Bavarian origin, were sourced from RZSS Highland Wildlife Park and Wildwood Zoo in Kent, as part of a Scottish Beavers initiative,

The releases at Knapdale represent the first stage of a three-year programme which will see up to 28 beavers released under controlled and monitored conditions to increase genetic diversity and improve the health and resilience of the original population introduced through the Scottish Beaver Trial in 2009.

Beavers were absent in the wild in Scotland for over 400 years prior to the Scottish Beaver Trial. This innovative conservation project saw the release of 16 Eurasian beavers into Knapdale Forest between 2009 and 2014. The benefits and impacts were independently monitored through a comprehensive programme of research coordinated by Scottish Natural Heritage. 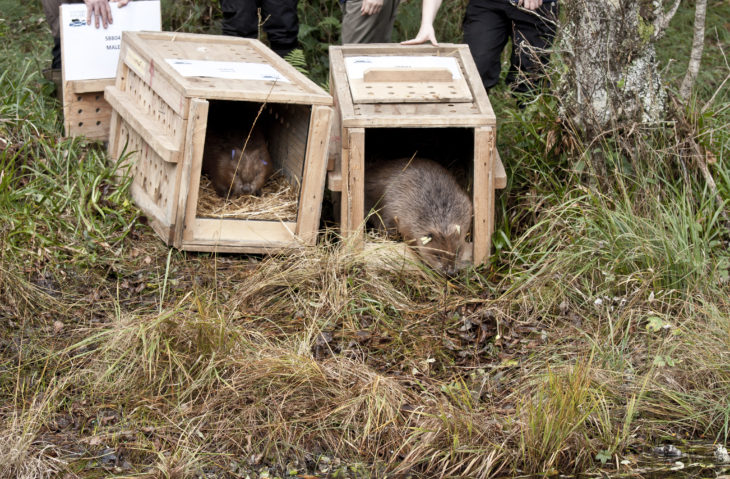 In November 2016, following evaluation of the Trial, the Scottish Government announced that beavers would be allowed to remain and their population naturally expand from Knapdale and Tayside. This marked the first successful reintroduction of any wild mammal to the UK.

Our Director of Conservation Susan Davies said: “Reinforcement of the population of beavers at Knapdale is an essential step to encourage natural recolonisation of beavers from Knapdale into mid-Argyll. We have been greatly encouraged by the support received from both the local community and national stakeholders during the public consultation undertaken as part of the licence application process.

“Beavers are fantastic natural engineers and we’ve seen first-hand in Knapdale how a relatively small number of animals can create new wetlands and improve riparian woodland. They also bring wider benefits to a range of other species, from insects and birds to otters and water voles.

“In addition, beaver tourism is giving a boost to the local economy as the presence of these animals is proving to be a strong draw for visitors to mid-Argyll.

“We will continue to work with partners to monitor beaver ecology and the wider impacts on biodiversity and land use. This work will help inform the approach to successfully managing the return of this mammal into Scotland’s landscape.” 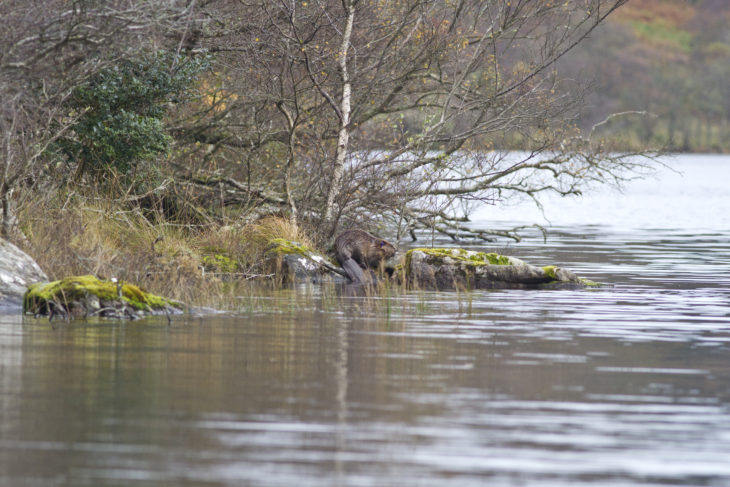 Ben Harrower, RZSS Conservation Programme Manager, said: “Following the approval by Scottish Natural Heritage of a species licence to release beavers into the wild in September, we have been working on the translocation of three beavers to Knapdale, this involved detailed health screening as well as genetic analysis. Our monitoring suggests that they are adapting well to their new home.

“We will continue to closely monitor the progress of the beavers with a view to releasing more animals in early 2018 and over the next three years. By the end of that period we hope to see some of the translocated beavers paired up with the existing population and producing kits.

“This is a significant milestone for the conservation of beavers in Knapdale. We are grateful to Forest Enterprise Scotland for hosting the Knapdale population as well as Mechanical Engineering Services for their support during our activities and surveys”.

The reinforcement project carried out by Scottish Beavers follows the best practice set out in the Scottish Code for Conservation Translocations. An important step in the process was effective consultation with, and building support from, the local community and national stakeholders.

The reinforcement is being carried out under a licence from Scottish Natural Heritage, and with permission and support from Forest Enterprise Scotland, which manages Knapdale Forest.

Please support our beaver appeal. Your gift will help to reinforce the beaver population in Knapdale, making sure the population is healthy and can continue to thrive.

Scotland’s wild beaver population has been successfully reinforced by the introduction of three new animals to Knapdale Forest in Argyll. The beavers, of Bavarian origin, were sourced from RZSS Highland …