We’ve been getting a lot of questions recently about how we recognise our resident ospreys so here is a quick guide that will hopefully help you tell the difference between LM12 and NC0 on our webcams (or any cheeky intruders!).

Firstly, there are a few general ways you can tell our ospreys apart from a glance, and that’s by their sex. Female ospreys tend to be bigger than males and they also generally have a heavier dusting of dark feathers on their chest (sometimes referred to as a necklace). Our previous female, LF15, was markedly bigger than the male, LM12. NC0, our current female, is still bigger than him but this is not always obvious, depending where they’re standing on the nest, although she definitely does have a darker chest. 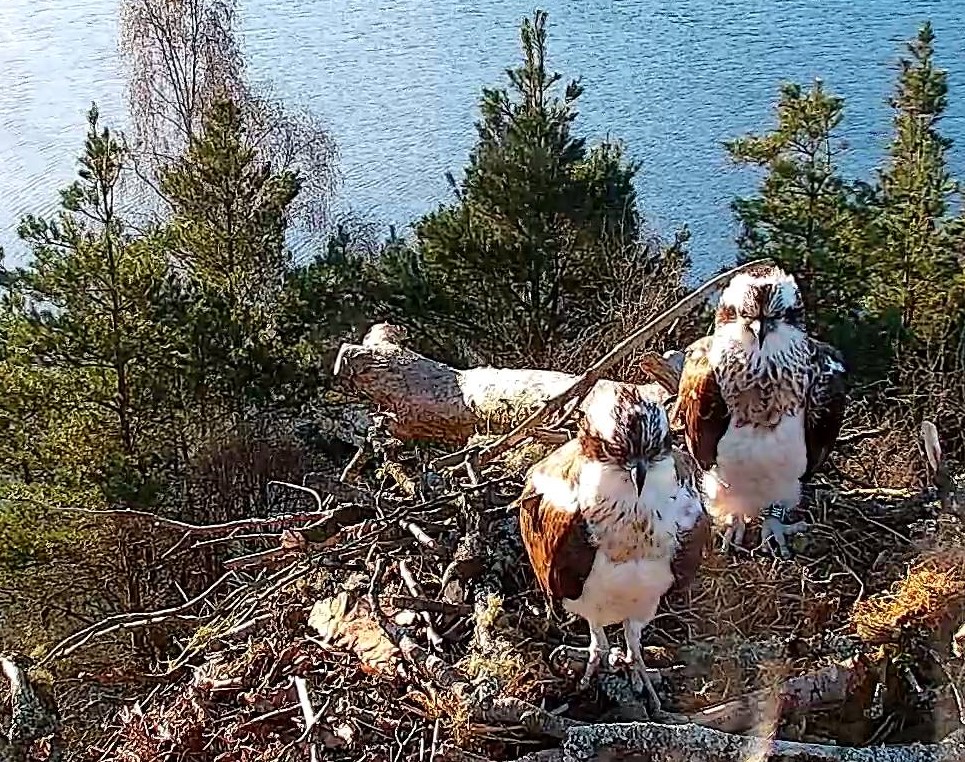 In this photo LM12 is on the left and NC0 on the right.

NC0, our current female who nested here for the first time in 2020, is distinct in a number of ways. 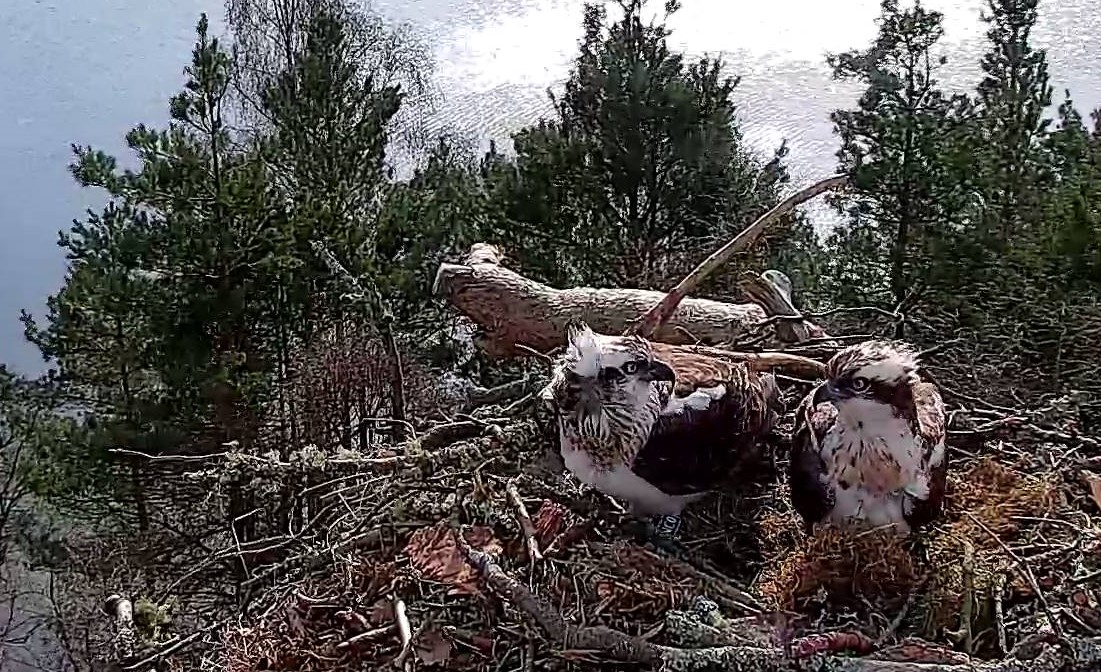 First up – she has a blue Darvic ring on her left leg that reads NC0, which is how she gets her name. Darvic rings are coded with a variety of large letters and digits, and are useful for tracking birds as they can often be spotted by a keen photographer and a zoom lens. Tracking birds can provide invaluable information to scientists about their migratory behaviour, dispersion and any changes to this, for example due to our changing climate. UK ringed ospreys that have a Darvic ring on their left leg, like NC0, hatched in Scotland, and any with the ring on their right leg hatched in England or Wales. 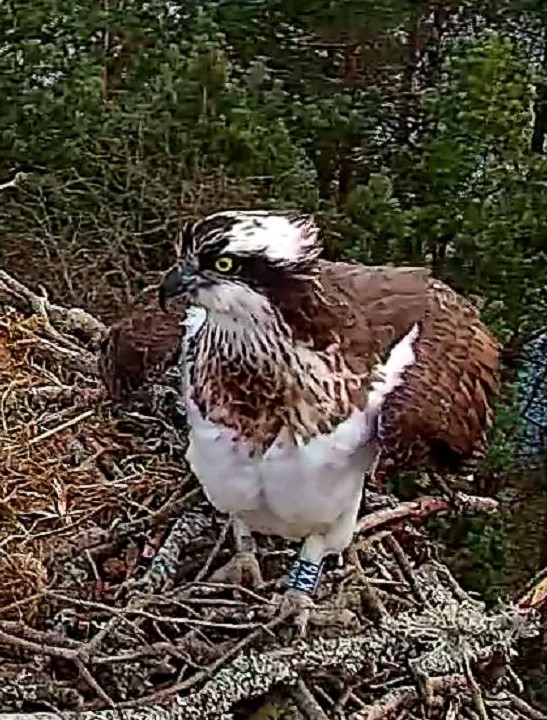 If you spot a Darvic ringed osprey you can report the sighting here https://www.roydennis.org/report-a-colour-ringed-osprey/

NC0’s ring is pretty handy for us! But we do occasionally get intruders landing on the nest who are also ringed, e.g KX6 here, shown on the right. We also often can’t see our ospreys’ legs- so if you can’t get a good sight on those letters it helps to recognise her other features.

This brings us on to the feature I personally use the most- NC0’s distinctive eye stripe. The band appears to round to a stop just before her eyes so that it looks more like a splodge on her cheek compared to LM12’s Zorro mask.

And finally, if NC0 has her back to you, then you can use the triangular marking on the back of her head, which looks a bit like a rocket taking off.

LM12 is an unringed bird. He gets his name from Lowes Male 2012, which is the year he first arrived here and partnered with Lady, the female resident at that time. He is a slimmer bird than NC0 and he has a pale chest, with just a few light brown markings. His eye stripe creates more of a band across his eyes like a mask and he has a generally darker face than NC0. If his head is turned away from you, you can see the marking on the back of his head which looks like a Spanish dancer- someone in a dress holding castanets high!

Another way we identify our birds, is by their behaviour- maybe they’re hanging out on one of their favourite perches, dipping their feet in the loch for a wee talon wash (NC0 likes a dip) or covering their own backs with nesting material (a habit of LM12’s).

Now for the real test- can you spot the intruder?

(See below for the answer) 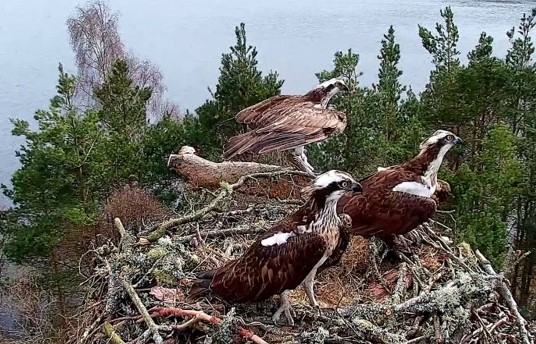 Hope this has helped you get to know our ospreys!

Keep up to date with our blog to find out more about ospreys in general and of course put your ID skills to the test on the Trust’s live osprey webcam as we follow them over the season!

Answer to which is the intruding osprey? The intruder is in the foreground, LM12 on the right and NC0 at the back. This intruder is quite slim but given their dark chest is probably female.

ID, Loch of the Lowes, Ospreys