With 11 different ponds around the reserve, Jupiter Urban Wildlife Centre is a haven for damselflies.  These beautiful creatures are also voracious predators and have a fascinating life cycle. 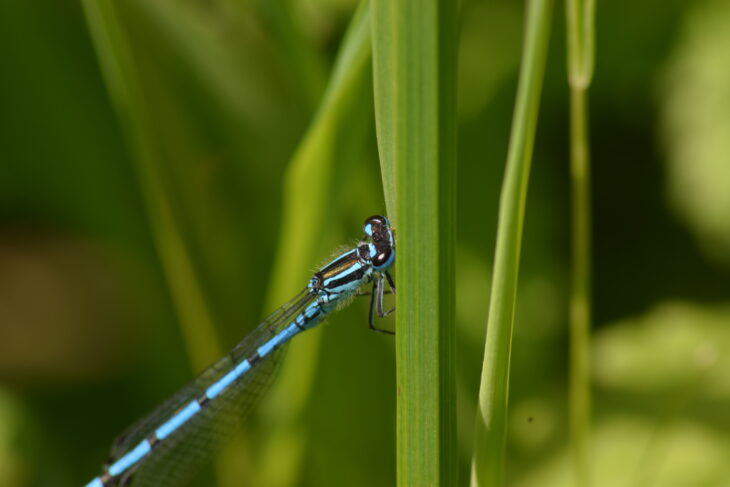 This week we have spotted three different species of damselfly around our ponds – the azure, the blue-tailed, and the large red damselfly.  Damselflies can be hard to spot when resting, but in warm sunshine they can be seen flying gently around the vegetation at the pond edges, settling briefly to bask before moving on.

Unlike larger, strong-flying dragonflies which actively hunt by flying over vegetation and water bodies, damselflies have quite weak flight and so tend to sit and wait, watching for prey species such as midges and mosquitoes to fly close by before taking to the air to snatch them.

Damsels and dragonflies have excellent eyesight due to their huge compound eyes, and this makes them very successful predators. 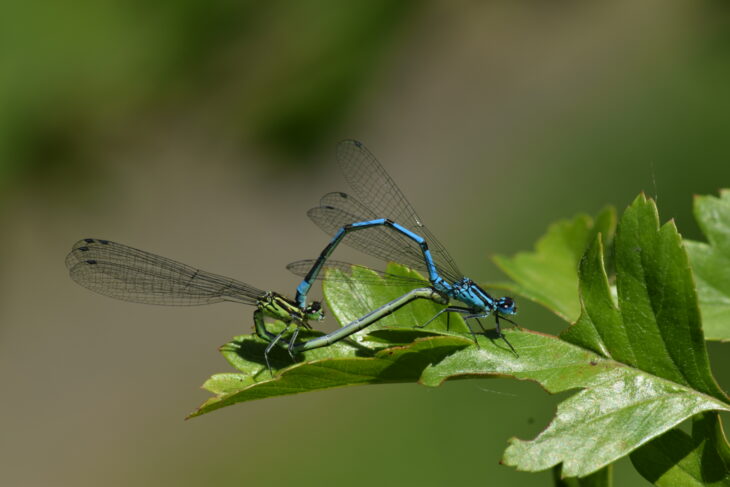 The strange configuration of the two azure damselflies in the photo above is called the mating wheel. This mating process, unique to damselflies and dragonflies, begins when the male passes sperm from the genitalia at the end of his tail to his secondary or accessory genitalia at the top of the abdomen.  The male then uses the claspers at the end of his tail to grasp the female’s pronotum, a plate-like structure on the thorax behind the head.  The female then curls her abdomen up until the tip meets the male’s secondary genitalia.

The male’s claspers are uniquely shaped to match the pronotum on the female, ensuring that males do not accidentally attach to a female of another species. In some species the male and female will be in the mating wheel for just a few seconds, while other species remain attached for hours. 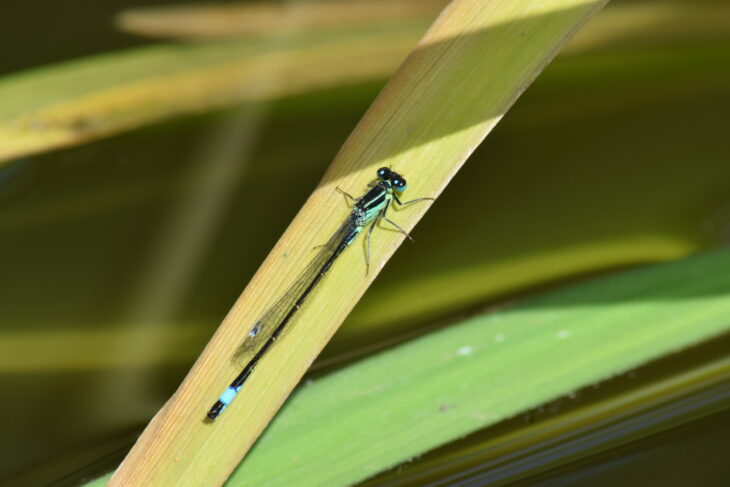 Water is a vital part of the damselfly life cycle.  The eggs produced by the mating azure damselflies will be laid by the female into floating or submerged vegetation using her plant-piercing ovipositor – these are called endophytic eggs. All damselflies lay endophytic eggs, but most dragonflies lay exophytic eggs, which are surrounded by a protective jelly and are laid directly into the water.

The male and female azures remain attached while egg-laying takes place, although in some other damsel and dragonfly species the male may simply fly close by to guard the female, or the female may oviposit alone.  Larvae will hatch from the eggs after a few weeks, or in the case of a few species, the following spring.  The azure damselfly larvae will then spend 1-2 years living in the water, feeding on aquatic invertebrates. 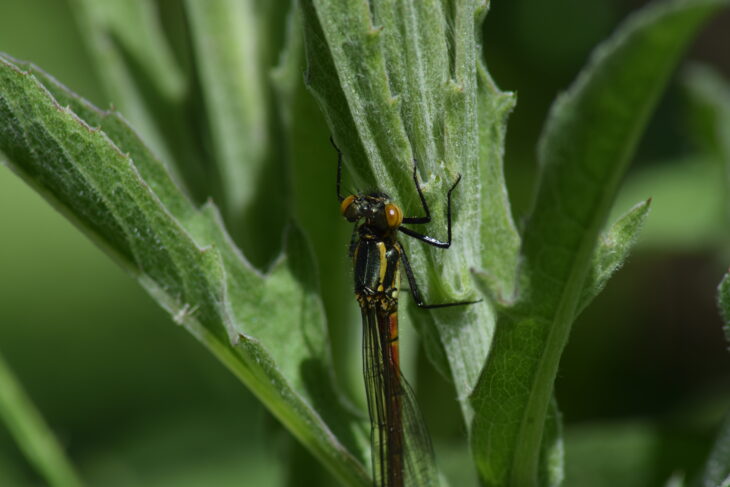 Taking to the air

After this long period of time spent in the aquatic larval stage (ranges from a few months to 6 years for different damsel and dragonfly species), the adult life stage is very brief! The larva will emerge from the pond, climbing up a piece of vegetation and then beginning their final moult, when they emerge from their larval skin.

The newly emerged adult, called a teneral, takes a few days to develop adult colouration.  Now the adult must make the most of a life that could last from just a few days for some damselflies to a month or two for large dragonflies, by hunting and of course searching for a mate – and so the life cycle begins again! 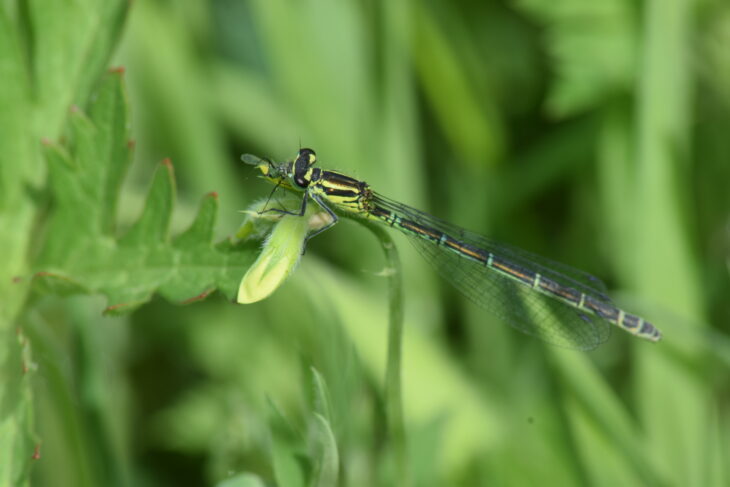 Where and when to see damselflies

Damselflies can breed in a variety of water bodies, from small garden ponds to canal edges.  They can be seen throughout the summer, with May-July particularly good months.  Dragonflies tend to emerge a little later in the year – in Scotland August is generally the best month to spot them.

Look out for active damsels and dragonflies in late morning and early afternoon on sunny days, when their flight muscles will be warm enough to fly.  To find out more about these fascinating creatures, including how to record any sightings, visit the British Dragonfly Society website.

With 11 different ponds around the reserve, Jupiter Urban Wildlife Centre is a haven for damselflies.  These beautiful creatures are also voracious predators and have a fascinating life cycle. Male …