Bats have long had an associated with the festival of Halloween. But why do these harmless furry flying mammals conjure up such notions of the supernatural? 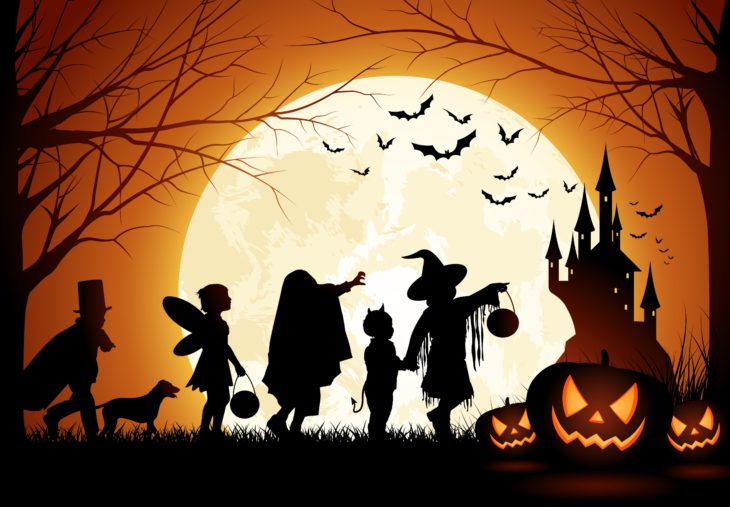 There are a number of reasons that may explain this connection. Bats are nocturnal, leaving their daytime roosts to hunt when the sun sets. They sometimes also roost in caves which gives them a historical association with the underworld and death. This has been depicted by many artists in their paintings of the fallen angel, Ariel, who is pictured flying on a bat’s back.

Bram Stoker’s book, “Dracula” alludes to the fact that vampires have the capability to turn into bats at will.  “I thought it well to know if possible where the Count would go when he left the house. I did not see him; but I saw a bat rise from Renfield’s window, and flap westward,” as told by the character Quincey Morris.

However, there are only three species of vampire bat worldwide which are haematophages, or blood feeders. All species are found in the Americas and consume less than 30ml of blood, per feed, preferring birds and goats over humans as their host species.

A more natural association with Halloween is related to bat’s lifecycle. Bats may swarm in the months of September to November, when they look for mates and also increase their food intake as they are trying to fatten themselves up for winter hibernation. This swarming behaviour ties in with the time of the Celtic harvest festival of Samhain, where bonfires were lit, attracting great numbers of flying insects to the emitted light, which in turn would attract hungry bats.

There are 17 species of bats which live and breed in the UK. The most numerous being the common pipistrelle, Pipistrellus pipistrellus, which weighs only as much as a 20 pence piece!

All UK bats eat only insects. A pipistrelle can eat an estimated 3000 midges per night. If a colony of 200 can eat many 500,000 in one night, over a year as many as 182, 500, 000 midges can be consumed!!!! Not only do bats help to reduce the pesky midge population in Scotland, but benefit humans in other ways. Throughout the world many plant species depend on bats for pollination, such as some species of mango and banana. Bats are also good biodiversity indicators. They can tell us about the state of the environment, as they are top predators of nocturnal insects which are sensitive to land use change and agricultural intensification.

Bats help us, but how can we help them? There are many things we can do in our green-spaces to encourage their food species such as; planting a range of plants to flower year round, keeping log piles and standing stems for invertebrates to hide and hibernate in, pond, avoiding the use of pesticides, setting up a compost bin and creating a wildlife pond. We can also put up bat boxes, plant trees and keep old trees as bat roosting sites.

In the summer you can count bats nearby as part of the National Bat Monitoring Programme (NBMP) and be a part of a UK wide scheme reporting on numbers to help inform bat conservation.

So when you are dusting off your bat decorations for your Halloween party next week, think of how important these wee critters are to us and the wider environment.

If you are wondering how to entertain this kids this weekend, why not bring them to the Magical School of Curious Creatures at the Falls of Clyde. Graduate from our magical school after making a magic wand, creating potions, casting spells, pumpkin carving, and learning to fly on your own handmade broom. Tickets are available at the following web page: https://scottishwildlifetrust.org.uk/events/

Bats have long had an associated with the festival of Halloween. But why do these harmless furry flying mammals conjure up such notions of the supernatural? There are a number …