“I will fight any attempt to ‘turn back the clock’ on standards of environmental protection”, pledged Environment Secretary Roseanna Cunningham in the aftermath of the EU referendum. Environmental charities from across Scotland stand with her on this commitment. 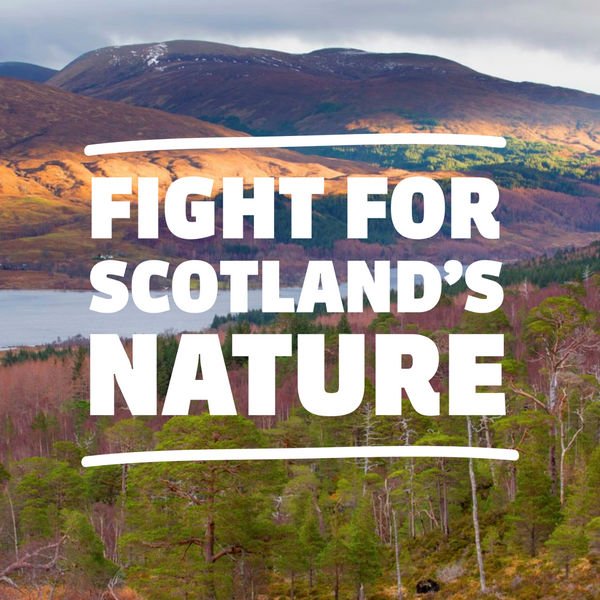 The Government needs to embed the principle of non-regression in Scots law. This would ensure there is no roll-back of environmental protections – not now and not in the future.

Non-regression is a well-established principle in international law, probably most commonly associated with human rights. However, it is increasingly acknowledged as a key parameter in environmental decision-making as reflected by its inclusion in the proposed United Nations (UN) Global Pact for the Environment.

In terms of the environment it means the rules, standards and practices that are already adopted by States can’t be changed if this means that environmental standards will be weakened. This is an important safeguard for virtually all aspects of environmental protection, from clean air and water to ensuring ambitious action on climate change and nature protection.

The European Union (EU) has been an advocate of non-regression for a long time. Indeed, ahead of the Rio+20 UN Conference on Sustainable Development in 2012, the EU jointly called for “the recognition of the principle of non-regression in the context of environmental protection as well as fundamental rights.”

In common with the EU, Scotland’s First Minister shown a strong commitment to human rights issues. So much so that in 2017 she set up a special group to make recommendations on ways in which the country could lead by example in economic, social, cultural and environmental rights.

At the end of 2018 this group recommended that people in Scotland should be given the right to a healthy environment through an Act of Parliament. It would include the right to “benefit from healthy ecosystems which sustain human well-being as well the rights of access to information, participation in decision-making and access to justice.”

Many of the environmental protections that would preserve this right are derived from overarching European legislation and agreements. And with the prospect of the UK’s exit from the EU, Scotland’s environmental charities would like to see Scotland retain and build on EU law. Essentially this would mean, at a minimum, retaining the rules, regulations and enforcement mechanisms that protect everything from our nature and wildlife, to our water and air quality.

The Scottish Government seems to agree, and all environmental NGOs in Scotland have welcomed its ambition to carry through not just the letter of EU environmental law, but also the underlying principles that demand high standards.

We agree with the Government’s position that not adopting these principles risks Scotland falling behind other European nations, and harms the ability to meet international commitments, notably the UN’s Sustainable Development Goals.

Why do we need an Environment Act?

Of course, ambition and action are two very different things. We need to see the Scottish Government’s ambitions put into law. We believe that this can only be done through a Scottish Environment Act.

This is why we have joined Fight for Scotland’s Nature campaign, alongside other leading environmental organisations in Scotland, to call on the Scottish Government to commit to an Environment Act that achieves the following:

“Ambition and action are two very different things. We need to see the Scottish Government’s ambitions put into law. We believe that this can only be done through a Scottish Environment Act.”

If we don’t maintain and seek to keep up with the EU’s standards, we run the risk of seriously undermining the strong environmental foundations that we depend on for our fundamental human rights.

Failing to adopt non-regression as an environmental principle would also have clear implications for Scotland’s economy. The EU deeply values this principle and has made it clear it is considered essential for any future trade negations or for any“Brexit deal”. If we fail to keep pace with EU environmental standards, Scotland’s food and drink industry could lose an important, and lucrative, export market.

Support the Fight for Scotland’s Nature by writing to the First Minister before 11 May.

“I will fight any attempt to ‘turn back the clock’ on standards of environmental protection”, pledged Environment Secretary Roseanna Cunningham in the aftermath of the EU referendum. Environmental charities from …