As the weather turns decidedly more wintery and the last of the autumn leaves are blown from the trees, leaving only their skeleton silhouettes, it’s a good time to turn our eyes skywards to look for the arrival of winter migrants.

Icy northerlies and easterly winds herald an influx of feathered visitors, seeking shelter, food and warmer climes for the darkest months of the year. Already this year we have heard of nomadic groups of waxwing crossing the country, appearing in Montrose, Kinross and Perth in good numbers.

A charismatic and charming bird, waxwings are renowned for descending on mass to devour berries such as rowan and cotoneaster, trilling and whistling to each other throughout. I can’t help but think of the colourful popstar Adam Ant, as they rob the trees of their fruits, with their banded masks; the highwaymen of the skies.

Here at the Loch of the Lowes we are highly unlikely to see such a spectacle, however already this year we have had sightings of brambling, wigeon and whooper, either passing over, stopping off for a quick feed, or taking shelter round the edges of the loch.

Hearing the distinctive honk and the soft wing beat of whooper swans overhead has to be one of my favourite autumnal sounds. Similar in size to our more common mute swans, whoopers make the non-stop journey from Iceland each winter to take shelter on our estuaries and inland waters. The BTO has reported that they can fly at altitudes of 8,200m where the ambient temperature can be as cold as -40C!

A much smaller winter visitor that has been spotted on our feeders are brambling. Easy at first to mistake for a cheeky chaffinch, brambling are their Scandinavian cousins and identifiable by their orange breast and shoulders, white belly and rump, and as winter progresses an increasingly dark grey to black head. They are gregarious birds and can often in feed in large flocks. 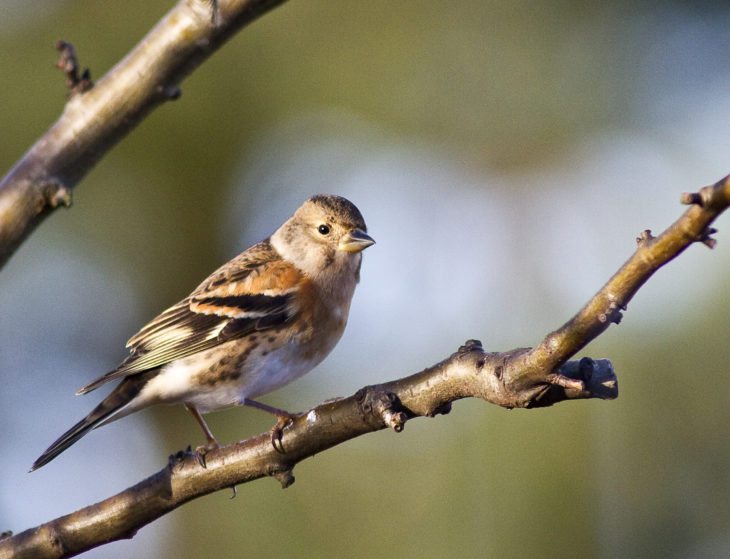 Finally, what can be more evocative in winter than listening to the content, quiet whistles of wigeon floating across a misty loch? Several wigeon have been spotted on Lowes over the last month, having journeyed from more northern climes such as Russia, Scandinavia and Iceland. Typically they tend to turn up in large numbers at coastal sites, preferring floodplains, wet grasslands and reservoirs where they dabble for aquatic grasses, seeds and roots. The males are easily recognisable by their russet-chestnut head, yellow forehead, pink chest and grey body. 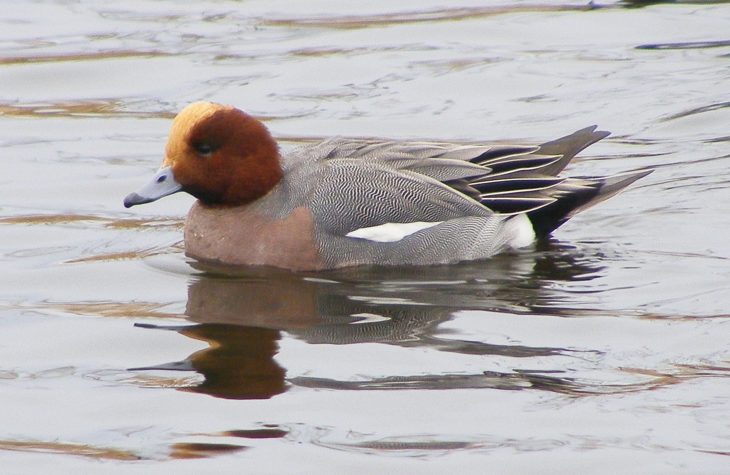 Let us know what visitors the colder weather brings your way!

As the weather turns decidedly more wintery and the last of the autumn leaves are blown from the trees, leaving only their skeleton silhouettes, it’s a good time to turn …