It is now a year since the Scottish Government signalled that work towards securing European Protection Status would begin in early 2018. So I feel disappointment that the year is almost at a close and their status has still not been clarified.

Today we are calling on the First Minister to break the deadlock in Government, and finally set a firm date for giving beavers the protected status they need to thrive. You can read our letter here.

Since the approval of the trial reintroduction in 2008, the Royal Zoological Society of Scotland and the Scottish Wildlife Trust have been working together on gathering the scientific evidence base needed to support the decisions about the return of beaver to Scotland.

We have also used the detailed knowledge gained by the Scottish Beaver Trial to work alongside a wide variety of partners to further the understanding of how beaver management should be best approached across the whole of Scotland into the future.

All parties recognise that there can be challenges to beaver presence, but we should also never forget the benefits that these incredible ecosystem engineers provide. In the end, we need to re-learn to live with a species that used to be our neighbour.

Beavers can stabilise river flows to reduce flood risk and create valuable woodland coppice and wetland habitats in which a wide range of other species can flourish. Here is a quick field-guide to some benefits that beavers provide to biodiversity based on first-hand experiences that our Programme Manager Ben Harrower has had whilst walking the site of the Scottish Beaver Trial in 2018:

Standing deadwood – the value of this habitat is increasingly recognised for its important role in nutrient cycling and providing a slow release source of nitrogen. It also provides ideal habitat for a host of species from invertebrates through to owls and woodpeckers. If you visit the Dubh loch next to Loch Coille Bharr in Knapdale then you can see first-hand excellent examples of standing deadwood as a result of the beaver’s activities. 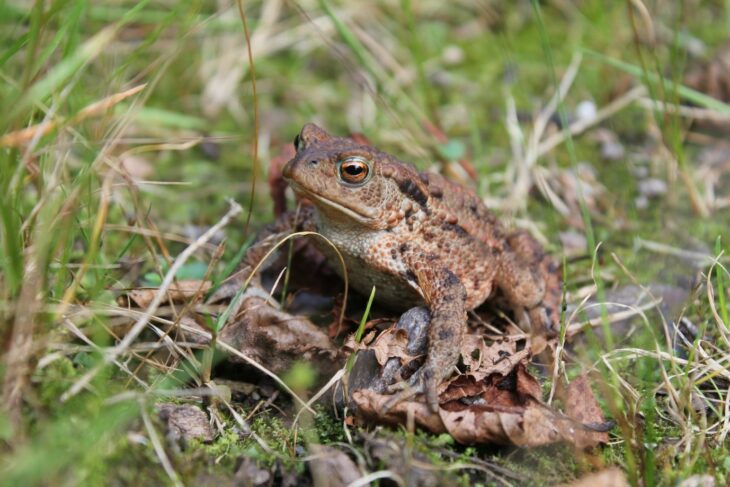 Shallow flooding/dam creation one of the most impressive features of a beaver’s activity is the ability to modify water levels within a given water body. When the water level is increased, this often creates shallow flooding around the banks of the loch providing more opportunities for species like toads, frogs and invertebrates. The increase in toad numbers has been witnessed on the Lily loch in Knapdale where during the month of September, thousands of toadlets can be seen leaving the shallow edges of the loch thanks to the beavers.

Coppicing one of the most visual impacts beavers can have to the environment is the felling of trees. Often this appear dramatic especially in the winter when there is no foliage. However, where trees have been removed, new coppice will take its place. Coppice promotes vigorous re-growth and beavers gnawing activities instigates the fresh growth of many smaller shoots. These bushy scrub-like replacements provide excellent habitat for birds such as willow warbler, blackcap and wren.

It is now a year since the Scottish Government signalled that work towards securing European Protection Status would begin in early 2018. So I feel disappointment that the year is …