The Brilliant Bats talk and walk on Sunday 2nd kick-started our bat month at Loch of the Lowes. On our walk and from the hide we managed to see and hear 3 species of bat: soprano pipistrelle, common pipistrelle and Daubenton’s. 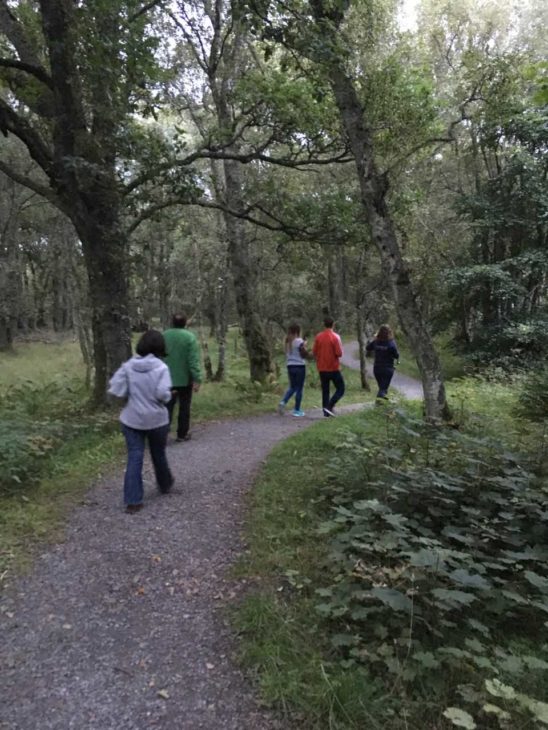 While there are 17 species of bat known to be breeding in the UK, only 9 species have been seen in Scotland. Although some species are less common than others, the 9 species that can be found  in Scotland are:

Bats actually make up around a quarter of all mammal species worldwide, with there being over 1,100 species recorded to date. They can be divided into two groups: the megachiroptera and the microchrioptera. Megachiroptera are generally larger (though some break the rule) and depend on smell and vision for locating food, typically fruits and flowers. Microchiroptera vary in their diet depending on species, ranging from insects to blood, but source their food using echolocation.  All of the bats native to Britain are microchiropterans and so use echolocation rather than sight, although they are not blind. Put simply, echolocation is the process where the bats emit high frequency calls which, when hitting objects in their surroundings, feedback echoes to the bat, allowing them to form an image of their habitat and and locate their prey. When the bats are getting closer to their prey they will call more rapidly, giving them a more precise location so that they can catch it. All of the bats found in Scotland are of the family Vespertilionidae. Other British bats are also vespers (known as evening bats), aside from 2 species of horseshoe bats which are of the family Rhinolophidae.

It’s not always easy to identify each of the species, though there are a few physiological characteristics that can help you do so. For example, the long-eared bats are what they say on the tin: long-eared. These large ears have co-evolved with the moths that the bats hunt, as the moths have evolved incredible hearing to be able to hear the pulses of the bats echolocation. This has resulted in the bats having to be quieter, requiring larger ears to be able to hear the returning pulses.

As handling bats without a license to do so is an offence, it’s useful to be able to identify bats in flight. This can be done through a number of ways:

Your location will be a helpful indicator of which species you have seen. As we already know, there are only bat 9 species in Scotland, so that rules out 7 species immediately. The habitat you are in is really important in determining the species. Daubenton’s bats, for example, catch prey as they fly low over bodies of water. Each species generally fly in different routes known as a “flight pattern”, which is often a result of prey and habitat. For example, a pipistrelle flight pattern is fast and erratic, often around habitat edges – which is exactly where we saw them on our woodland walk.

Bat detectors allow us to hear bats echolocating by converting the ultrasound signals that the bats use when hunting and socialising into audible sounds. Setting the bat detector to different frequencies allows for the identification of each species, using the characteristics of the sounds as further indicators. 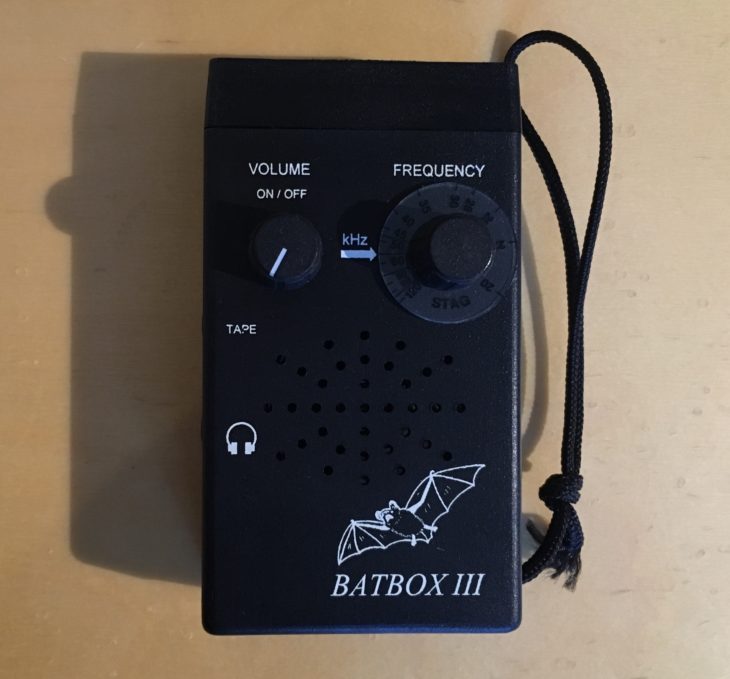 For example, at Loch of the Lowes we have both common and soprano pipistrelle (ironically, the soprano is actually more common here). They have a similar call frequency range with commons between 40.8-83.3kHz and sopranos between 47.3-90.4kHz. Although, they have similar frequencies and call styles, there are slight differences in the calls. The soprano produces sounds that are more like a “pop”, whereas the common’s call sounds more like a wet slap. The Daubenton’s bat, which we also heard on Sunday evening, differs from their calls more signifcantly, having a lower frequency (32.0-87.5kHz) and sounding more like rapid regular “clicks”, similar to gunfire. This different call is adapted to the Daubenton’s prey, as these bats hunt just above water, so need to echolocate regularly so that they don’t hit the water.

Though it takes a while to learn and adjust to the differences in the calls of each species, using bat detectors is a fairly reliable way of identifying species, even from a distance. The bat detectors can help us record feeding and social behaviour, as we can hear social calls and “feeding buzzes” as they hone in on there food source.

Learning how to identify bats is not easy and takes a lot of practise (as I’m finding out myself!), but it’s worth just popping out at dusk and seeing how many you can spot, even if you don’t have a bat detector. “A guide to British bats” by The Mammal Society and FSC is a really useful starting tool for identifying them.

Let us know if you decide to go bat spotting and what you have seen!

Flight pattern and frequencies: A guide to British bats, FSC and The Mammal Society

The Brilliant Bats talk and walk on Sunday 2nd kick-started our bat month at Loch of the Lowes. On our walk and from the hide we managed to see and …

Bats, Loch of the Lowes