It’s red squirrel month at Loch of the Lowes! We get so many visitors to our centre desperate to see red squirrels, and they are often treated to exciting displays from them at the feeding station and around the reserve.

We believe that there are at least 7 local red squirrels that come into the feeding station, some of which you can identify by their colouration. One of the squirrels, for example, has a very blonde tip to the end of it’s tail. Others you can identify by behaviour. There is at least one squirrel that either cannot or does not like to use the squirrel feeders, and so instead hangs upside down and uses the bird peanut feeder! 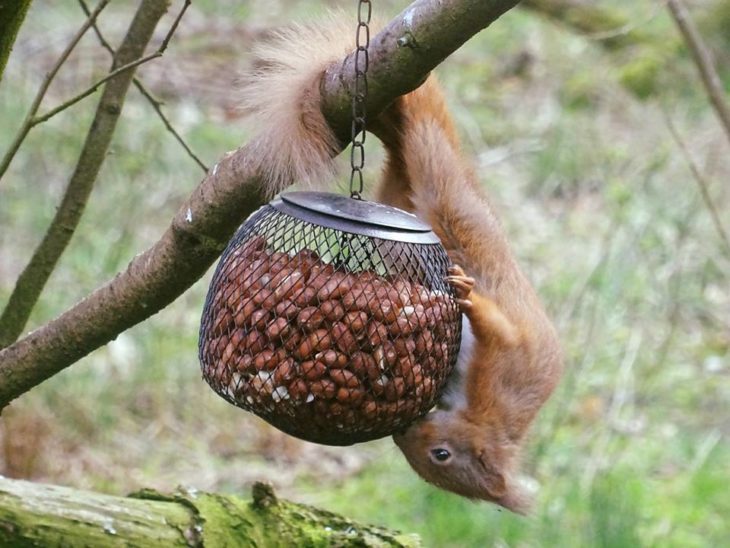 So, what are the major differences between grey and red squirrels, besides their coat colour?

Firstly, their origin: red squirrels are native to the UK (and are fairly widespread across northern Eurasia). The Eastern grey squirrel is from North America, introduced to the UK in the 1870s as a seemingly lovely addition to Victorian estates and gardens. However, the impact of introduced species at that time was not fully understood, and grey squirrels quickly became the main cause of the decline of the reds. This is partly due to the fact that some grey squirrels carry a virus called squirrelpox. The greys themselves are immune to the virus, but are carriers which means they can transmit it to the reds. Squirrelpox is fatal to red squirrels, thus causing their decline.

Another difference between the two is their size. Greys are considerably larger and chunkier than red squirrels, meaning that they are not quite as nimble. In fact, in areas where there are both pine marten and squirrels, the number of greys has reduced and the red populations are increasing alongside the pine marten. This is suspected to be because the pine marten is an effective predator of grey squirrels, but not so adept at catching the reds. This may be due to the size difference; red squirrels can run along thinner branches and get away from pine martens, whereas greys cannot reach as many escape spots with their heavier weight. 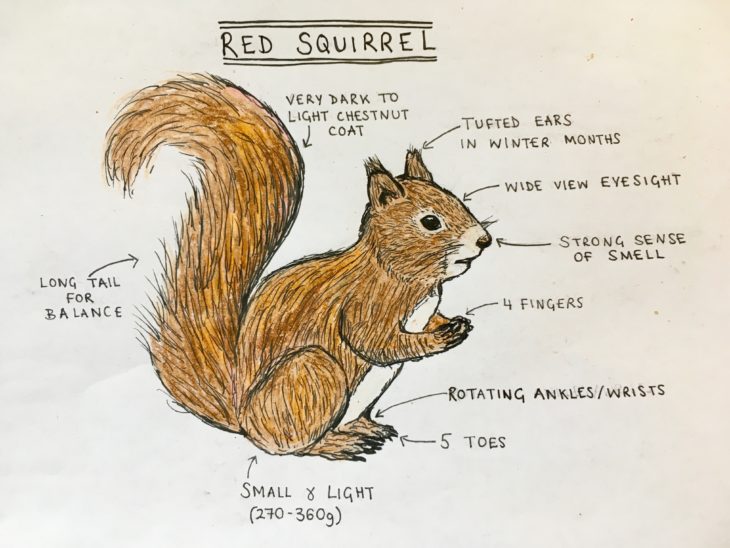 As previously mentioned, red squirrels have great amounts of variation in their coat colour, which can also vary with the season. Many of the squirrels we get at Loch of the Lowes are very blonde, though there are individuals with an almost black coat. One of the other differences between reds and greys is that reds have ears tufts throughout most of the year, though they are often moulted during the summer.

Both grey and red squirrels have rotating ankles which allow them to run both up and down trees, without having to go down backwards. This is important for escaping predators, as well as being able to access nuts speedily. They have 5 toes and 4 fingers, each clawed, giving them incredible grip and dexterity. As you will have probably seen from any squirrels you have in your area, their tails are very important for balance and strength, in reds and greys alike. 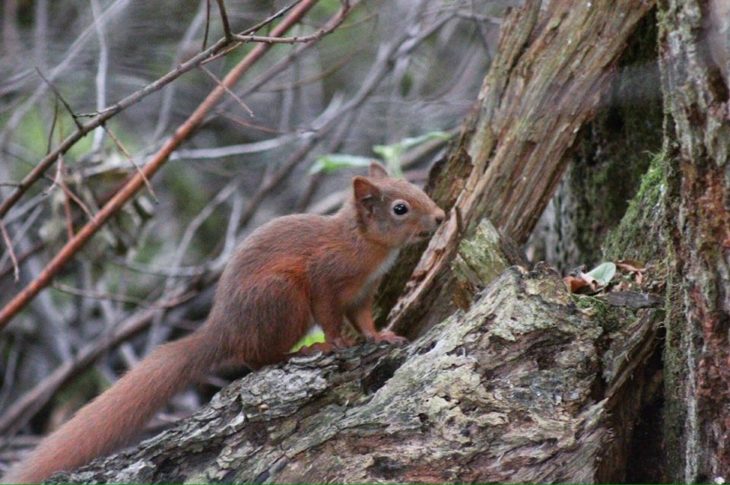 Red squirrels are a protected species in the UK, and great efforts are being made to reduce the number of grey squirrels, especially in areas where they come into contact with reds. Unfortunately, there are approximately 120,000 red squirrels in Scotland, which is half the number of grey squirrels. For more information on how this is done and the ongoing project of Saving Scotland’s Red Squirrels, go to: https://scottishsquirrels.org.uk/

Should you want to see red squirrels, Lowes is a great place to spot them, so we hope to see you soon. Should you see a squirrel, either red or grey, make sure to report them on the Saving Scotland’s Red Squirrels website https://scottishsquirrels.org.uk/squirrel-sightings/.

It’s red squirrel month at Loch of the Lowes! We get so many visitors to our centre desperate to see red squirrels, and they are often treated to exciting displays …