This week’s blog is about everyone’s favourite animal: wasps. With their bad reputation and the fact that we have had at least 5 wasps nests so far this year at Loch of the Lowes, we decided it’s about time to learn a little more about these misunderstood creatures.

Like bees, there are both social and solitary species of wasp. The common wasp (Vespula vulgaris) that we see lives socially, and have nests that are usually, and seemingly conveniently, the size of a bird box. Like bees, wasps also pack a painful sting, which is a defensive response to threats to themselves and their nest.There are actually many similarities between bees and wasps, but people view wasps as a nuisance, and bees generally with affection. But why? We love bees because they are fantastic pollinators; that is, they carry pollen from flower to flower, allowing plants to reproduce. Although wasps are not quite as effective as bees at pollinating as they are less hairy,they are also important pollinators. 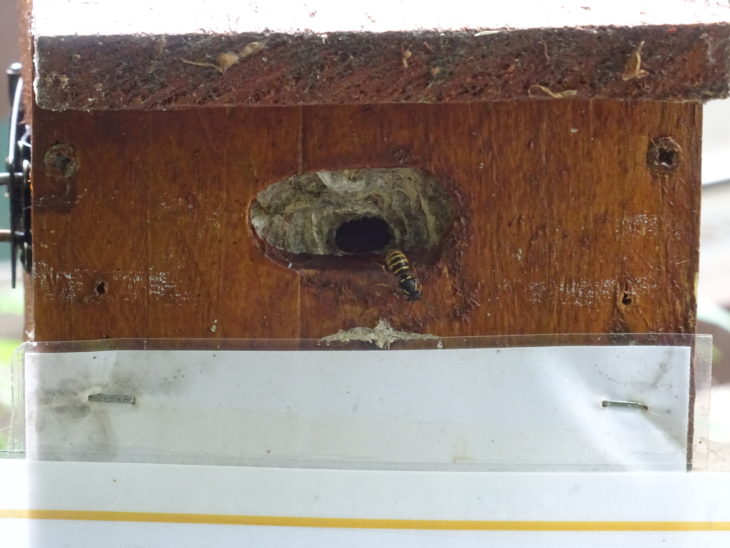 In a battle of spiders vs. wasps in the minds of the general public, I’m not sure which one would win. But, if you are team wasp, then you are in luck. Predatory wasps are very important in controlling populations of spiders, centipedes and millipedes, as they form a large part of their diet. They will also predate other insects to take back to the nest and feed to their larvae. Effectively, wasps sit at the top of the invertebrate food chain and are therefore very important for the ecosystem to function effectively.

There are also a great number of species of solitary wasps, and they are often parasitic species. These wasps are really important and interesting species in their ecosystem, as they lay their eggs within the larvae of other species, such as greenflies and whiteflies. Eventually the wasp larvae will kill the host, making parasitic wasps a highly effective means of pest control.

The nests of the common wasp that we get in the UK are very intricate. Made from dead strips of wood, the wasps start building the nest in spring when the queen emerges. The structures are quite elaborate and are sometimes referred to as “paper” nests. This is because the wasps chew up the wood into a pulp and use the product to build the nest, similar to paper. Common wasps are not too fussy where they build their nests. You can find them in air bricks, chimneys, sheds, and even in donation boxes like we have here at Loch of the Lowes! Basically, they just need somewhere that is protected and near a good food supply, i.e. a habitat that supports lots of insects and flowering plants. Therefore, a wasp nest is an indicator of a healthy ecosystem, so try to think of them as a compliment rather than a pest! 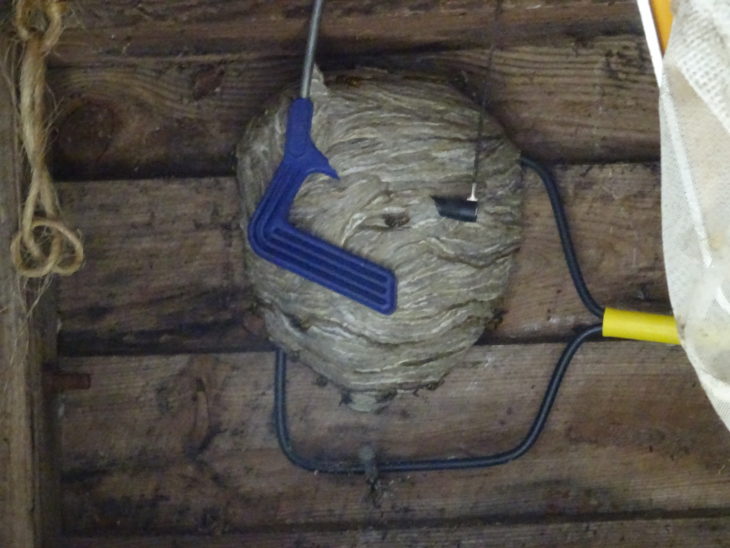 While the wasp nests at Loch of the Lowes are now being managed as they pose concern for visitor safety, I hope you can now see a positive side to them, and maybe understand the importance of wasps a little bit more!

With thanks to and more information from:

This week’s blog is about everyone’s favourite animal: wasps. With their bad reputation and the fact that we have had at least 5 wasps nests so far this year at …