It’s hard to look away from the osprey webcam at the moment as the chicks are providing heart-stopping entertainment as they flap, jump, and hover over the nest. Osprey chicks typically fledge between 7 and 8 weeks of age, or around 55 days after hatching. As the chicks are now on days 53 and 51, we can expect them to take the leap any day now, so it’s an exciting time to come to the visitor centre. 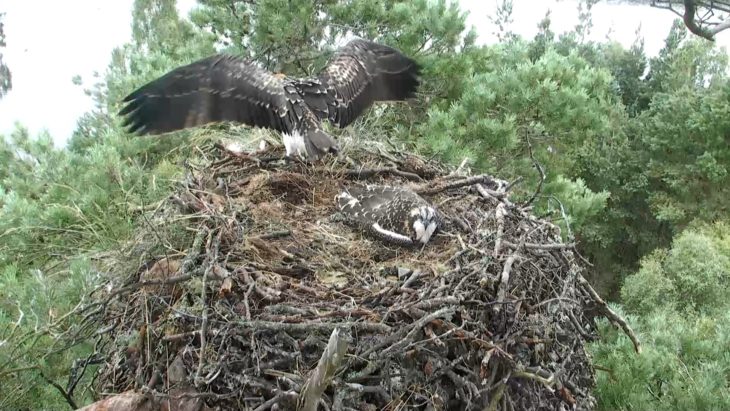 You will have noticed some developments in the chicks that suggest that they are getting ready to leave the nest. Their wings no long rest so often on the ground now, with them being held close to their sides instead, closer to that of an adult osprey. This is because the flapping that they have been practicing has developed their muscles enough for them to be able to support their wings themselves. They are also standing much more stably on the nest (except when they try to balance on bits of turf!), and are flat-footed, an indication that their feet and talons have developed enough for fishing and perching. 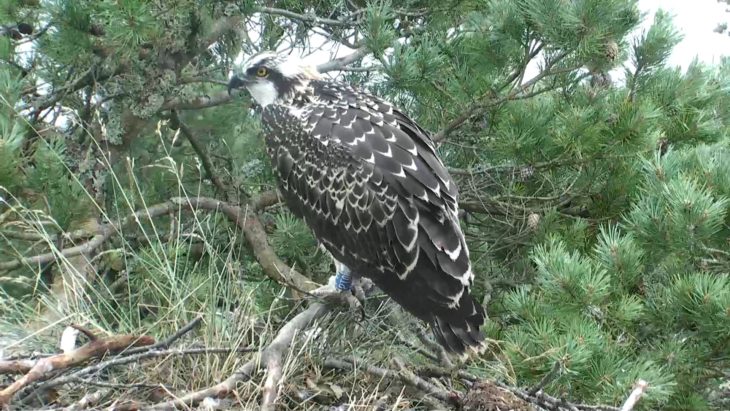 For first time webcam viewers (and some veterans, I expect), you will have found it astonishing how fast the chicks have grown. Hatching from the egg similar in size to that of a hen, to growing almost to the size of an adult osprey in just 7 weeks is an incredible feat. We are lucky at Loch of the Lowes to have such an efficient male osprey, LM12, who has been bringing in many fish throughout the season, as well as the occasional stick to put on top of LF15! His hard work, as well as LF15’s protection of the nest, has lead to another successful year at Loch of the Lowes, and we are excited to see the chicks take on the responsibility of learning to fish over the coming weeks. The male will bring in fewer fish over the next few days, encouraging the chicks to fledge. The female is also spending increasingly long periods of time off the nest, though has found a new perch close to the nest, so stays within calling distance (and can be seen from the webcam!). 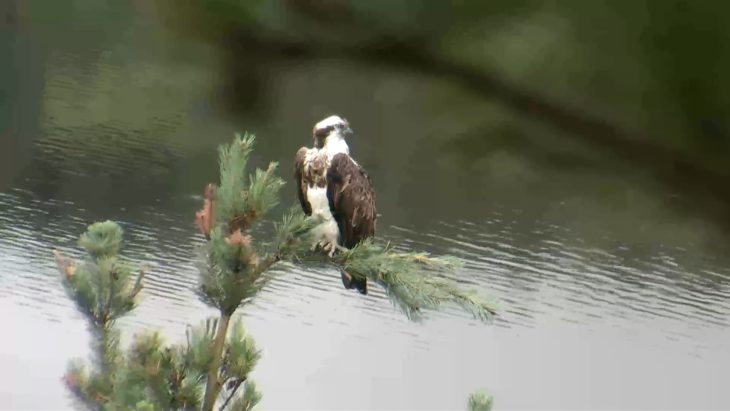 As the chicks fledge, you can expect to see less of them on the nest, though they will stay in the area for around 4 weeks until they begin their migration to Africa. At this time, they will be 12-14 weeks old and weigh around 3.5lbs.

It’s hard to look away from the osprey webcam at the moment as the chicks are providing heart-stopping entertainment as they flap, jump, and hover over the nest. Osprey chicks …