From 10 – 4pm, visitors could drop by and take part in lots of different activities. We had lots of fun activities including beautiful bird walks, marvellous moths, fantastic freshwater beasts, phenomenal plants, majestic mammals, buzzing bees and brilliant bugs! After weeks of planning, the day had finally arrived. Colleagues from Edinburgh and Cumbernauld came to lend a hand, as well as staff from Bumblebee Conservation Trust, Buglife, The Conservation Volunteers and our own lovely volunteers!

Even before the event started, Clare the Falkirk Ranger had detected common and soprano pipistrelle bats the night before. Mammal traps were checked first thing and wood mice were found! 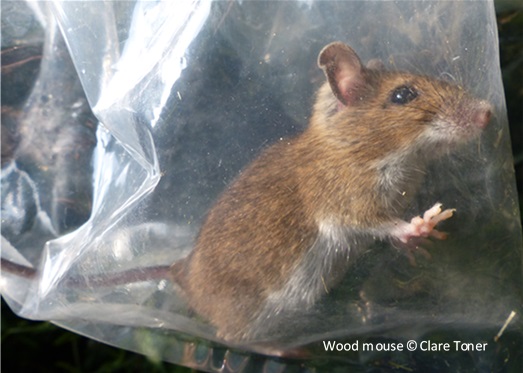 The first families to arrive were lucky enough to come and help check the moth trap, which had been set up the night before. We had a fantastic amount to collect into bug pots to ID. This is a tricky task of juggling egg cartons, spoons, the moth trap lid and carefully catching the moths before they have a chance to escape! In total we caught and identified 12 species. 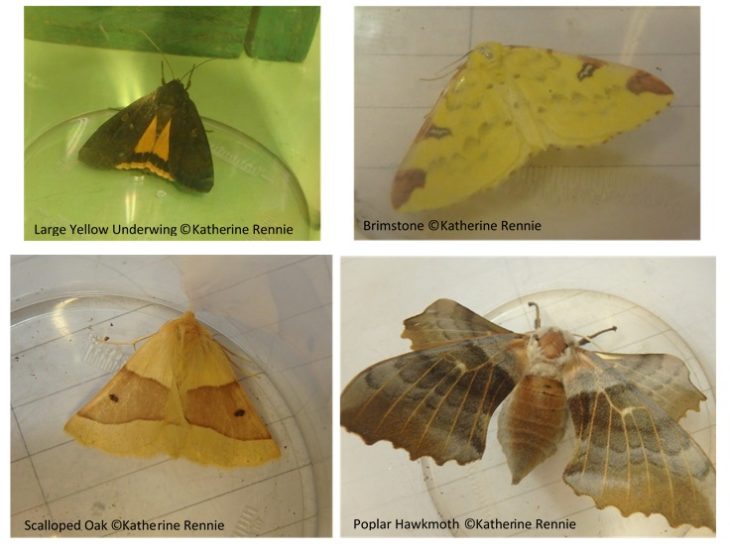 Then it was off for a walk around the reserve with Suzanne to look for birds. With a lot of fledgling’s in Jupiter’s wildlife gardens, it didn’t take long to hear and see birds including blue tits, woodpigeon, great tits, bull finch and house martin!

The total number of bird species recorded was 17! In the classroom there were crafts to make and Paul was running the mammal stall outside with poos to smell, skulls to ogle and furs to feel!

Time to go to the meadows to hunt for some bugs! Suzie from Buglife was hunting in the grasslands using sweep nets and pooters; Rosie was looking at all the wonderful plants in the meadows and Darryl was looking for bees buzzing under the sunshine which shone for the whole day! Next to the meadows, Alice and Kirsty were on hand to help with pond dipping, looking at pond snails, damselfly nymphs and hunting for some butterflies!

After a fantastic morning of investigations some highlights were: a beautiful greenfinch, pond snail eggs, and the endangered leaf beetle, Bromius obscurus! This is a new record for Scotland and it is currently on the red data list. 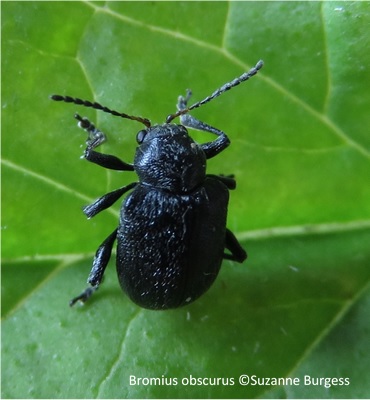 Chris Packham and his team arrived after lunch, much to everyone’s delight! After a walk around the wildlife gardens, we headed to the ponds. Chris spent most of his time at Jupiter talking to families and seeing what children had caught in their trays. He remarked that pond dipping is always an exciting adventure, as you never know what you might catch!

One of our Wildlife Watch members, Maisie is a big Packham fan and after chatting to his team, got to meet him and get a picture with him.

The time flew by and the team wanted a quick chat with the Jupiter rangers about what happens at the reserve. From dog walkers, families and school groups, Jupiter can be enjoyed by all. The proximity to Grangemouth means that it is only walking distance or a short drive to a green space. We chatted about a new opportunity starting at Jupiter. Wild Ways Well focuses on mental wellbeing, enjoying nature and exploring the outdoors. We know that taking just 15 minutes of mindfulness can be beneficial for the body and mind.

Chris found a new record for the BioBlitz, broad-leaved Helleborine which is one of four orchid species that are at Jupiter, then it was time for him and his team to move to the next reserve! In total, Chris and his team were visiting 50 wildlife sites over 10 days. To date, there has been nearly 3,000 species recorded at all sites. To find out more, go to his website.

The day was a brilliant success, it was amazing to see so many families excited about nature and getting involved in the activities. Thanks to Richard – our data expert, we recorded 108 species in total, with 201 individual records collected throughout the day. We want to thank Alice, Amanda, Kirsty, Paul and Rosie from The Conservation Volunteers; Suzie from Buglife; Darryl from Bumblebee Conservation Trust; Catherine, Nick and Richard from Edinburgh Head Office; Suzanne who ran the bird walks; and Gill and Dio who helped run things behind the scenes from the visitor centre!

On Saturday 14 July, Jupiter hosted Chris Packham’s BioBlitz, “nature reserves are not enough”! From 10 – 4pm, visitors could drop by and take part in lots of different activities. …