The final day of our week in Slovakia was a somewhat more laid back affair than the action packed days that had preceded it, but nonetheless enjoyable for that.

Pieniny National Park may be Slovakia’s smallest national park at a mere 3,749 hectares, but is the second oldest, having been declared as a national park in 1967. It was also the first international park as the park’s boundaries straddle the border between Slovakia and Poland.

We met with former director of Pieniny National Park, Štefan Danko at the national park museum in Spišská Stará Ves, which he led the creation of prior to his retirement. Štefan explained the history of the park, its ecological significance and some of the conservation challenges that it faces today.

The park is a mixed landscape of forest and agricultural farmland, with small fields, meadows and grazing pasture. It is the most human influenced of Slovakia’s national parks and is zoned accordingly, with the most untouched areas being afforded the highest level of protection. Wildlife thrives in these areas particularly, with over 750 species of butterfly, nearly 100 molluscs and more than 200 vertebrates, including Lynx, Otter and Beaver. 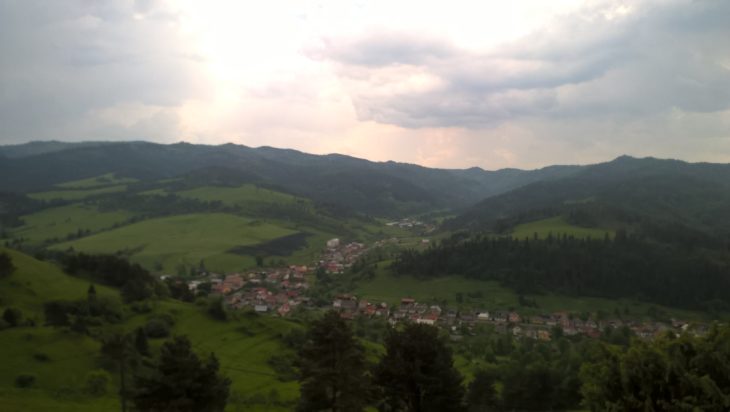 The less pristine areas of the park have been opened up for the development of recreation and tourism activities. The River Dunajec which runs through the heart of the park is the hub of activity with many kiosks selling souvenirs, bars, restaurants and other associated developments. This has led to a steady increase in the number of visitors to the park, particularly since Poland and Slovakia joined the EU. Prior to the fall of communism in 1989 the park used to receive an average of around 40,000 visitors per year. Nowadays that figure is somewhere between 400 and 500,000!

There are numerous hiking and cycling trails within the park, which are well signposted with maps readily available from information points. One of the most popular organised activities is white water rafting. We saw several parties of school children in kayaks going out onto the water, wearing hard hats and life jackets.

We also took a trip on the river but in a more sedate fashion, in a large wooden raft, powered by two oarsmen dressed in traditional Slovak costume. Unfortunately we couldn’t understand the running commentary that they gave as we headed downstream (they didn’t speak English) but we were provided with a written guide leaflet.

The leaflet told the fascinating story of how the river had been used to transport goods and passengers from Poland and Slovakia since as early as the 13th century. A living reminder of the transport of timber and other goods down the Dunajec and the Vistula to the Baltic Sea is the local rafter’s hats, to which raftsmen would attach one sea-shell after each journey to the sea.

The River Dunajec has carved out a beautiful gorge through the forest clad limestone hills, with the majestic “Three Crowns” at its centre. 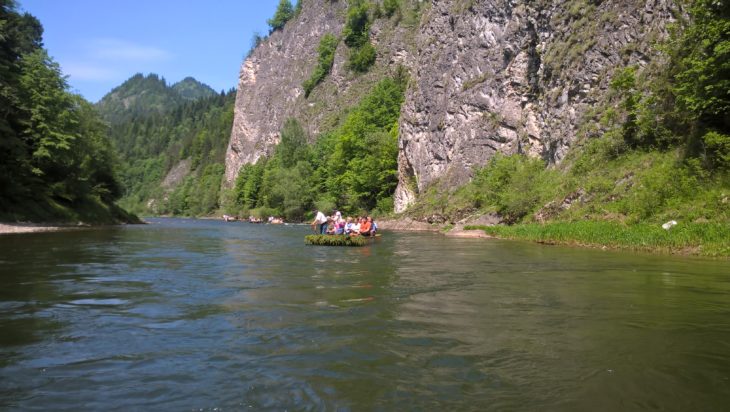 Having completed the rafting trip we made our way back to Kežmarok, stopping off in the historic centre of the town for a look around a couple of notable churches and to do some last minute souvenir shopping. We then returned to our chalet hotel and prepared ourselves for the early morning departure back to Kraków airport the next day.

In my next and final blog on Slovakia I will reflect on the week as a whole, what I have personally taken away from the experience and highlight key conservation issues that came up during discussions with our host Miro and the other guides who we were fortunate enough to meet during the visit.

The final day of our week in Slovakia was a somewhat more laid back affair than the action packed days that had preceded it, but nonetheless enjoyable for that. Pieniny …