The penultimate day of our visit to Slovakia and we returned once more to the limestone karst region, this time to the Slovensky Kras National Park – another area of astounding natural beauty, in the very south of the country, close to the border with Hungary.

We were joined for the day by Laszlo Gordon, an independent ecologist with an intimate knowledge of this area, which is particularly noted for its diversity of plant species. 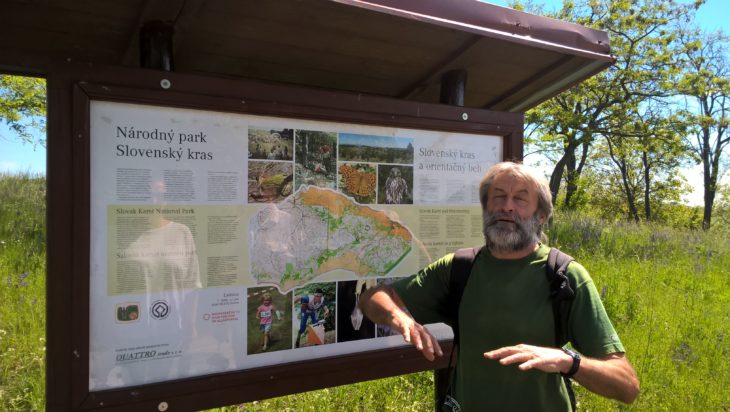 Our first stop of the day was at the Silická L’adnica cave. Cave and underground river systems have formed naturally beneath the limestone plateau over millions of years. This particular cave is a bit special though. Lying at the base of a hidden valley, 95 metres below the surrounding ground level, the air temperature suddenly drops to freezing point as you descend towards the cave entrance.

These unusual micro-climatic conditions are created by the cave’s north facing aspect and the large temperature difference between the cave interior which is constantly between 7 and 9 degrees Celsius and the ambient air temperature outside (25 degrees Celsius or more at this time of year). The cave effectively acts as a heat sink drawing in cold air from outside.

Inside the cave entrance icicles hang from the ceiling and ice patches are visible on the cave floor – amazing! There are a couple of plant species; perennial honesty and alternate leaved golden saxifrage, which have adapted to the cold conditions. 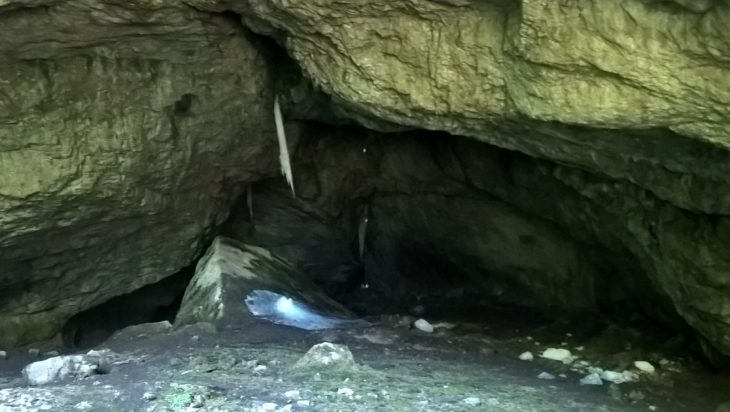 Ravens have been known to nest on the cliff face above the cave entrance in previous years although there was no sign of them on this occasion.

Our second destination where we spent the remainder of the day was Zadiel Canyon. This steep sided limestone gorge was formed by glacial outflow at the end of the last ice age some 10,000 years ago.

Today it supports a huge variety of wildlife, including around 900 vascular plant species – a botanist’s paradise! It is designated as a biosphere reserve and was listed as a UNESCO World Heritage Site in 1995.

In the base of the gorge is a mixed woodland, containing beech, elder, wych elm, Norway maple and a number of southerly oak species.

Hart’s-tongue fern grows in abundance on the steep rock faces and there are a whole host of wildflowers growing on the forest floor, including a variety of honesty, white helleborine and bird’s nest orchid.

We came across a number of butterfly species; chiefly amongst these were marbled white, scarce swallowtail and brimstone. We also saw beautiful demoiselle damselfies and a number of colourful dor and longhorn beetles.

On the slopes above the canyon is woodland pasture with herb rich grassland, which was a riot of colour and alive with the buzz of field crickets. According to Laslo the grassland used to be far more extensive but the woodland has encroached in recent times due to the loss of grazing by sheep and cattle. There has also been inappropriate planting of pines. 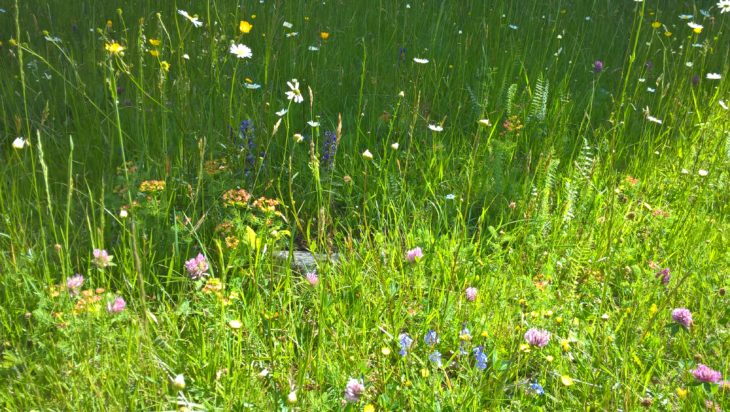 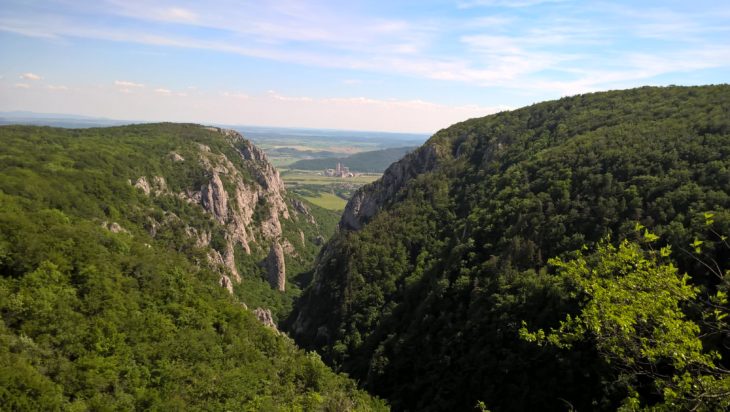 Laszlo pointed out some rare and unusual plants that were growing close to the cliff edge, including a tall fluffy grass usually found in steppe grassland habitat.

We also came across two green lizards basking on rocks… 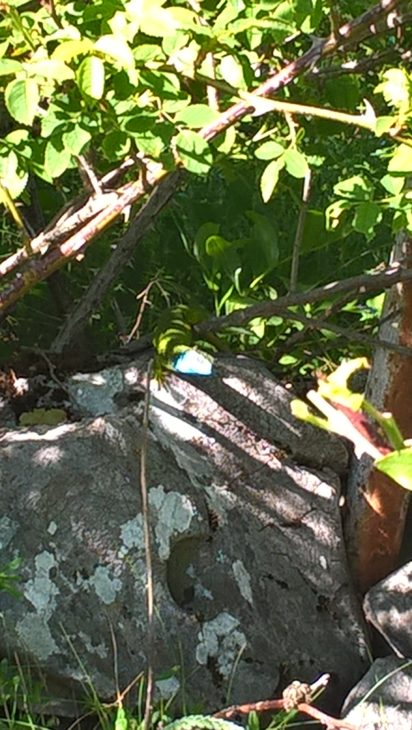 Having admired the views we then faced a steep descent along a very rocky path back down to the base of the gorge. On the way we heard a group of wild boar foraging in the woodland, which was unfortunately too dense to allow us to pick them out. However it was a privilege to know that we were sharing the same space for a brief time.

Tomorrow is our last full day and I can honestly say that I will be sorry to leave this spectacular country.

The penultimate day of our visit to Slovakia and we returned once more to the limestone karst region, this time to the Slovensky Kras National Park – another area of …