You may remember that back in September I got the chance to go to Latvia and learn all about their culture and conservation practices. With the recent news of the success of the beaver reintroduction project and the Scottish Government’s decision to reclassify the species as a native species to Scotland, I thought I would share some of my knowledge that I learned in Latvia about their beavers.

Beavers in Scotland became extinct in the 16th Century while those in Latvia died out in the 1830’s, as the population of Eurasian beaver fell to as low as 1200 animals worldwide by the late 19th Century. This was a result of pressure from humans, such as hunting for its fur, as well as for its meat and oil. In Latvia they were first re-introduced in 1928 using beavers from Norway. In subsequent years the populations were bolstered by additional re-introductions in 1927 to 1952 and again from 1975 to 1984.Since then Latvian beavers have been very successful in re-establishing throughout Latvia, in both wild and urban areas.

Currently there are around 100,000 beavers found within Latvia. It is theorised that the current population increased due to large amounts of irrigation ditches and altered waterways. However we learned that there had been some conflict between landowners and beavers, especially in rural areas. This seemed to be remedied by allowing a quota of beavers to be hunted every year between August and April to help reduce numbers in areas of conflict.  Kits are usually born between April and June meaning that this hunting season would avoid the possibility of leaving young kits without parents when they don’t have the ability to fend for themselves. Strict regulations are in place in Latvia to monitor which species and the quantity of animals hunted. The small numbers of beavers hunted in Latvia have little impact on the overall population. 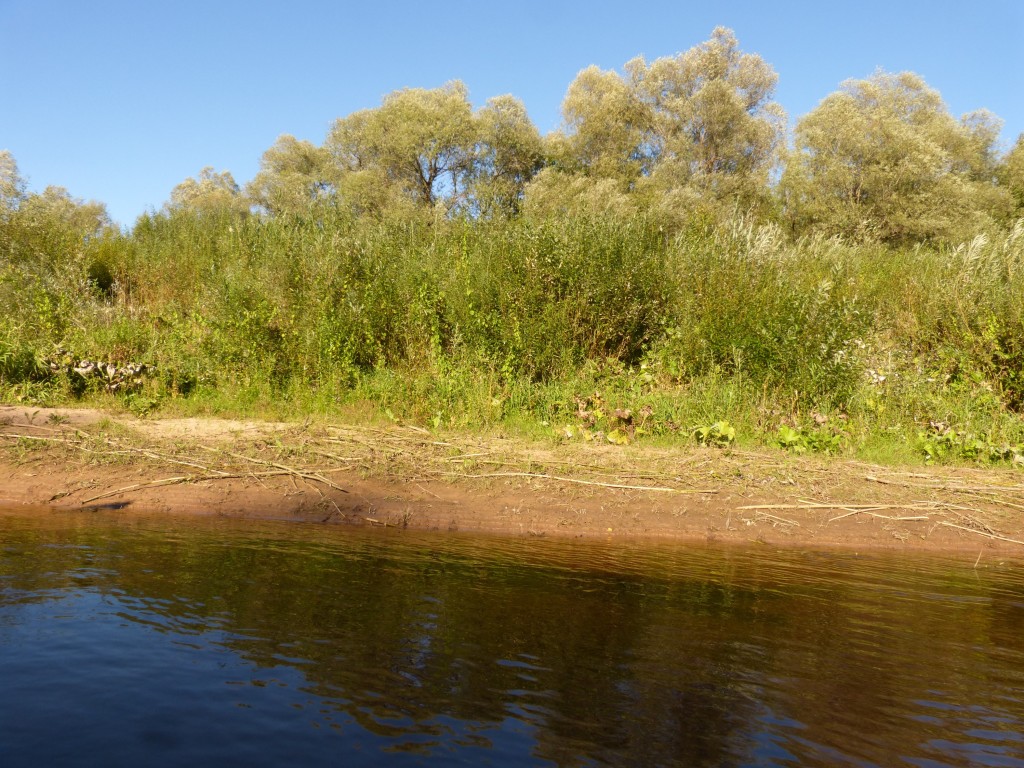 Throughout the trip through Latvia we had seen signs of beaver activity, from their tooth marks on trees to walkways into the water and branches strewn across the river beaches. It wasn’t until the last night in Latvia that we encountered a beaver. 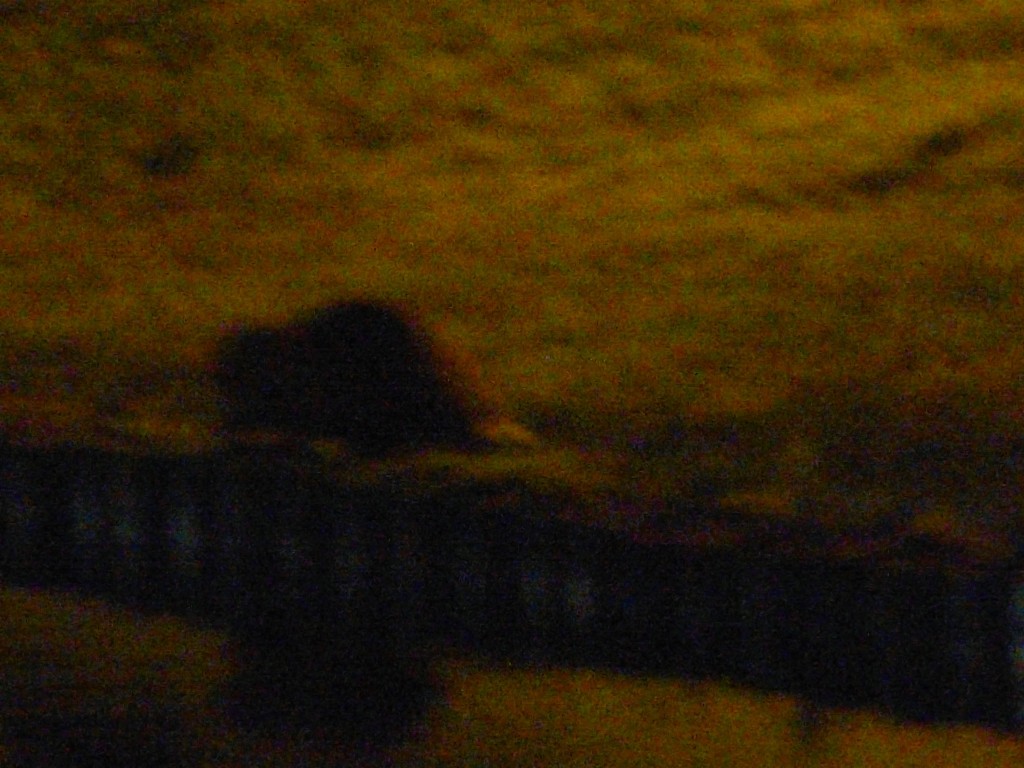 Our last night was spent in Riga and whilst walking around the city, we found ourselves strolling along the edge of a stream within the city. Movement drew my eye to the water just as something dived. Fascinated, the whole group stood watching in the darkness, only to see a brown shape pull itself onto the bank. Lo and behold it was a beaver, right next to the city centre. It was not phased by passersby, dogs or even cyclists, only retreating down the slope by a few feet when passed by. 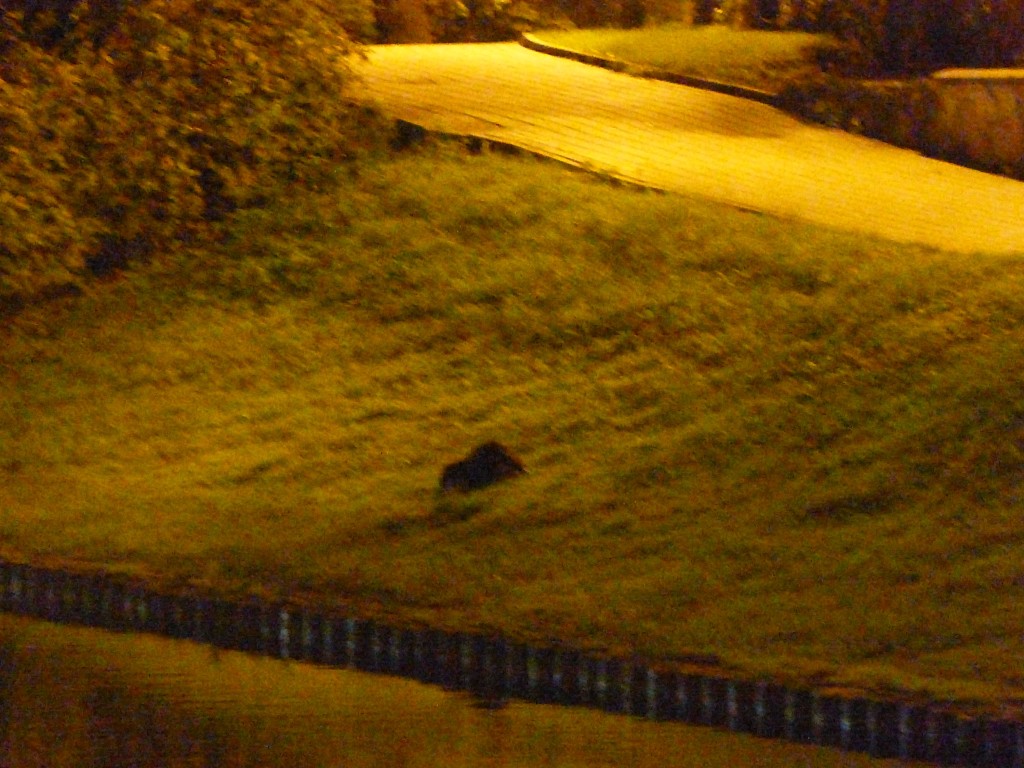 Another beaver caught my eye entering a drainage tunnel nearby. We continued to walk along the river bank for a little way before coming across yet another beaver, this time swimming in a small pool. Seemingly unaffected by a passing rowing boat, or by the loud music played on one of the banks and a motorbike gang on the other. After watching this beaver for a while we saw some movement on a bank where a kit pulled itself out. Walking around to get a clearer view we spotted a cat, no less than 10 metres from the youngster. Our evening was finished by watching the kit nibbling the grass from less than a metre away. 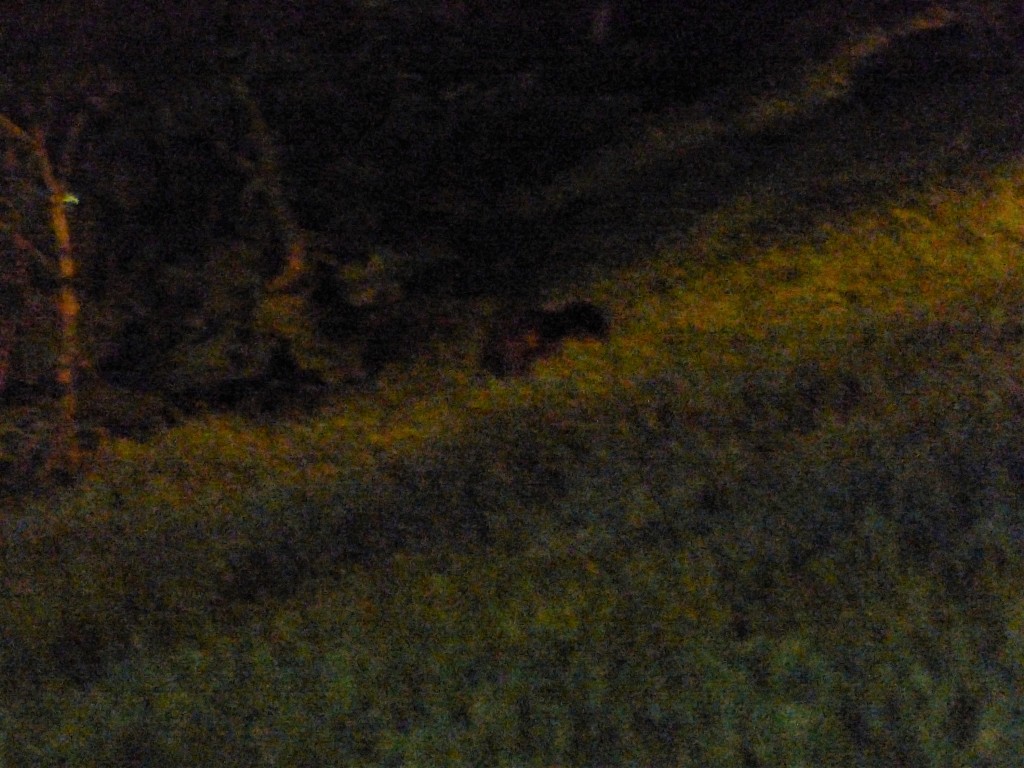 The only obvious measures we spotted to dissuade any unwanted beaver activity were tree guards, similar to those used for deer, albeit with a larger diameter. These guards appeared to be put in place to preserve tree cover within reach of the stream. This goes to show how amazingly adaptive animals beavers can be and their co-existence with humans is possible.

If you would like to read more on my trip to Latvia the group’s reports can be found here, http://archnetwork.org/category/reports/latvia-net-2016/

You may remember that back in September I got the chance to go to Latvia and learn all about their culture and conservation practices. With the recent news of the …