The crows have been at it again, this time targeting KP2 and his fish. KP2 barely had time to take a bite of his fish in between attacks. Often the crow tag-teamed and whilst one was distracting KP2 at the front, the other came creeping up behind him in an attempt to steal the fish. Whilst the crows were trying to steal the fish KP2 could be heard repeatedly making an unusual noise that sounds rather like an angry duck. This is the specific call that osprey’s make to defend against crows. Eventually KP2 flew off before being replaced by LM12 to defend the nest. Several times later in the day LM12 could be seen chasing the crows off the nest, sometimes making the same unusual call. 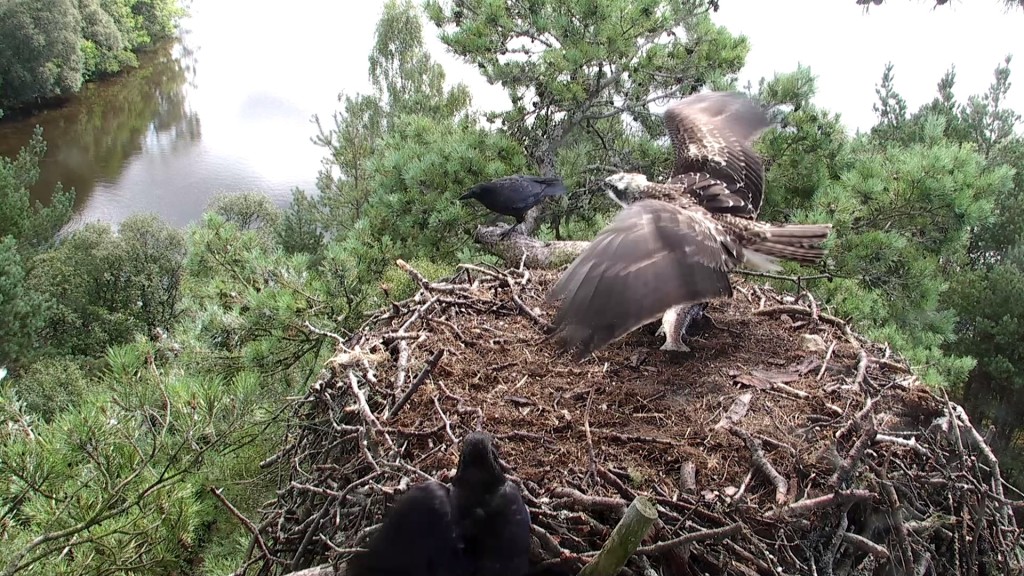 Hopefully KP2 won’t be as bothered by crows tomorrow.

&nbsp; The crows have been at it again, this time targeting KP2 and his fish. KP2 barely had time to take a bite of his fish in between attacks. Often …