Our recent publication, 50 for the Future, lists 50 things that we believe should happen in Scotland over the next 50 years to benefit both people and wildlife. In this week's 50 for the Future article, Rosie Black, Ranger at the Scottish Wildlife Trust's Jupiter Urban Wildlife Centre, explains how natural spaces can positively influence the health and education of school pupils.

Number 27: Ensure all urban schools regularly make use of high-quality natural spaces in their local area for outdoor learning.

Education has been at the heart of Jupiter Urban Wildlife Centre since it opened in Grangemouth in 1992. With four primary schools totalling almost 1500 pupils within walking distance, a large part of the Centre's work involves running curriculum-based sessions for children of all ages. But why is it so important for schools to have access to green spaces?

Richard Louv first coined the phrase 'nature deficit disorder' in his 2005 book, Last Child in the Woods. Louv theorised that spending less time outdoors results in a wide range of behavioural issues including attention difficulties and higher rates of physical and emotional illnesses. While this might sound like scare mongering, several studies have shown this to be the case – children not only learn more and behave better when lessons are conducted outside, but symptoms of ADHD can also improve1,2. Time spent playing and learning outdoors can help children to push boundaries, manage and take risks, develop self-confidence, self-esteem and self-discipline – all of which can turn them into well-rounded individuals. Unfortunately though, only an estimated 10% of children regularly spend time in the natural environment. 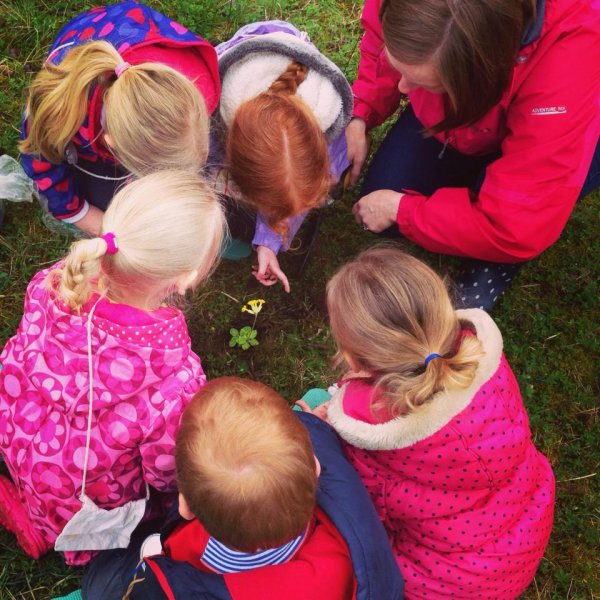 At Jupiter, try as we might, it's just not possible to accommodate all the requests for outdoor learning sessions that we receive. Given that most schools don't have such a facility on their doorsteps, the responsibility for outdoor learning often falls to the teachers. Taking children outside isn't always a straight forward experience, with a number of obstacles to overcome before they can even make it through the door. Over the last few years, I've been tackling this problem locally by building relationships with schools; providing advice, support and equipment to help teachers take their classes outside by themselves — either within their own school grounds, at Jupiter or further afield. I'm pleased to say that it's working – almost 2000 pupils took part in some kind of formal education session at Jupiter in the school year 2014-15, of which 25% were entirely teacher led.

Lack of accessible green space is a problem for many urban schools and the cost of hiring transport to take classes off site can make it prohibitively expensive. This is one of the many reasons why large scale conservation projects such as the Cumbernauld Living Landscape are so important – enhancing, restoring and reconnecting green spaces in an urban area can provide countless numbers of people with improved access to nature.

Something else that we do at Jupiter is help schools to reassess their own grounds. The addition of wildlife gardens, raised beds, fruit trees, living willow structures, ponds and meadows can make fantastic outdoor classrooms and stimulating free play areas, as well as providing much needed wildlife habitats in towns and cities.

The popularity of television programmes fronted by the likes of Steve Backshall show that the majority of young people have an inbuilt affinity with wildlife, implying that it's perhaps the lack of opportunity rather than lack of interest that's stopping them from exploring their local areas. Studies show that children need to have established a connection with nature before they reach the age of 12 in order for it to have a lasting impact on them. Given that the young people of today will be the decision makers of tomorrow, it's incredibly important that we ensure this connection isn't lost.

In this week's 50 for the Future article, Rosie Black explains how natural spaces can positively influence the health and education of school pupils.

How nature-based solutions can help to tackle biodiversity loss

How protecting and restoring nature can help to tackle climate change