A kingfisher viewed from the boardwalk brightened up a rather gloomy evening on the 5th, 2x dipper were also seen feeding in the small stream located towards the boardwalks southern end. Other species seen regularly on the River Clyde included, 2x goosander (Mill Weir), 1x common sandpiper (Bonnington Weir and Visitor Centre) and 2x grey wagtail (Visitor Centre). 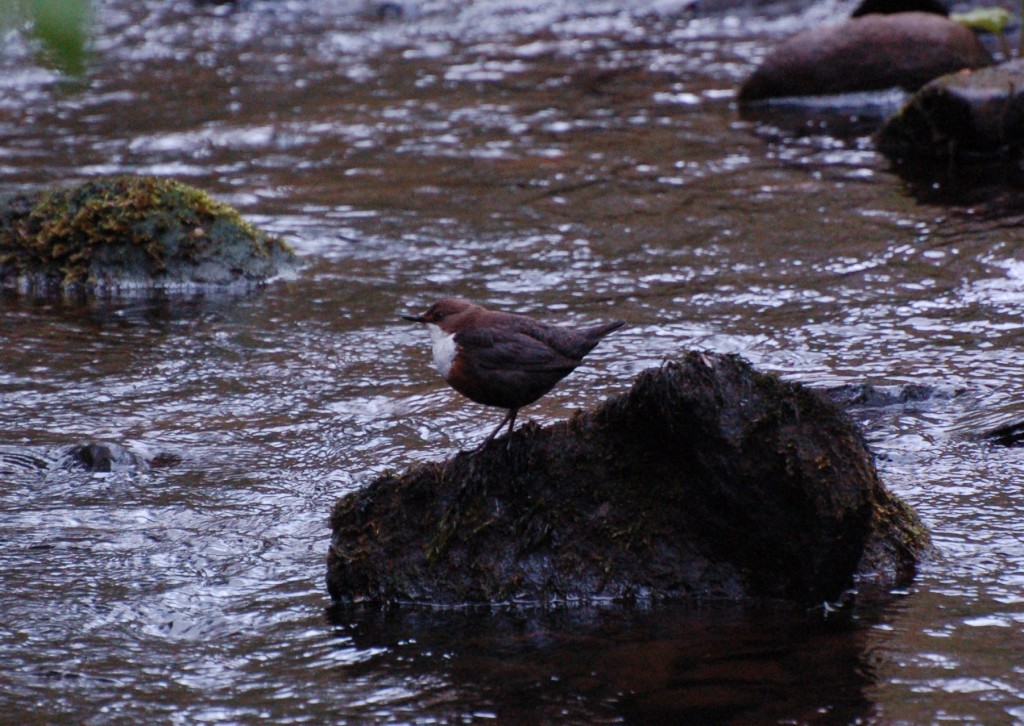 In terms of unusual wildlife behaviour, a carrion crow trying to predate a jackdaw near the powerstation certainly stands out, the whole scene also being particularly raucous when neighbouring jackdaws arrived to mob the hungry crow. Persistent mobbing by the jackdaw flock did however result in the crow releasing their counterpart.

The ranger team continued their search for rare plants on the reserve, successfully finding large bitter-cress flowering along the boardwalk. The white blooms of woodruff and garlic mustard were also noticeable around Mid Lodge.

Whilst looking for rare sedges around the dipping pond a plethora of insect activity proved a slight distraction with early, white-tailed and carder bees, orange-tip and green-veined white butterflies and the hoverfly rhingia campestris all taking advantage of the sunny weather.

Migrating common swifts must have been held back by the weather over the past week as very few filtered through into the United Kingdom and none recorded here on the reserve. One species which did arrive into southern parts of the United Kingdom in good numbers was spotted flycatcher. So I’d suggest visitors should look out for this late migrant bird along the boardwalk over the next week.

Hi, A kingfisher viewed from the boardwalk brightened up a rather gloomy evening on the 5th, 2x dipper were also seen feeding in the small stream located towards the boardwalks …